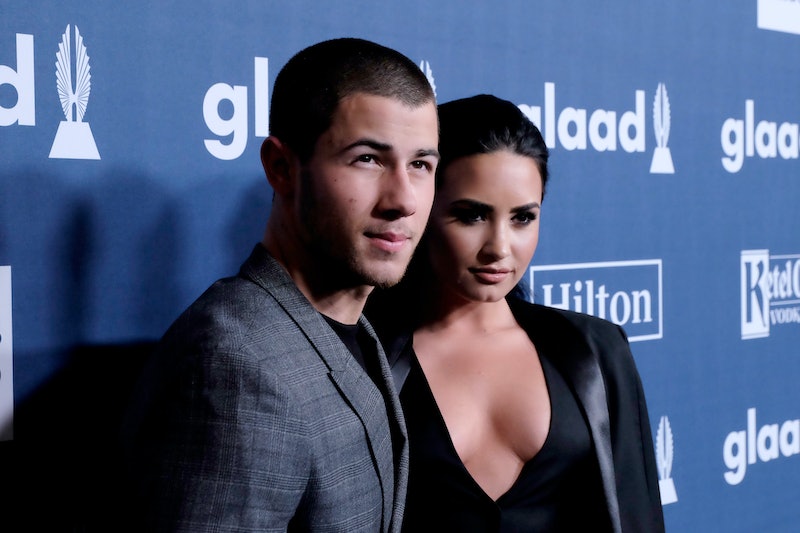 In March, an anti-LGBT law passed, known the Public Facilities Privacy and Security Act and referred to as HB2, in North Carolina blocking cities and counties from protecting against LGBT discrimination, including the barring of transgender individuals from using bathrooms matching their gender identity. Like Bruce Springsteen who canceled his April North Carolina concert, Demi Lovato and Nick Jonas have cancelled their North Carolina shows, the singers announced in a statement Monday.

The statement Lovato and Jonas released to GLAAD reads in part:

After much thought and deliberation, Nick and I have decided to cancel our shows in Raleigh and Charlotte. One of our goals for the Honda Civic Tour: Future Now has always been to create an atmosphere where every single attendee feels equal, included, and accepted for who they are.

North Carolina’s discriminatory HB2 law is extremely disappointing, and it takes away some of the LGBT community's most basic rights and protections. But we will not allow this to stop us from continuing to make progress for equality and acceptance.

It's no secret these two are both huge advocates for the LGBT community, so to hear that they will not perform in a state discriminating against LGBT individuals is no surprise at all. They also both took to Twitter to let their followers know the stance they are taking.

Lovato and Jonas aren't the first celebrities to take a stand against the HB2 law. As mentioned above, Springsteen canceled his North Carolina show and so have the Blue Man Group, Ringo Starr, Pearl Jam, Ani DiFranco, and Boston.

Demi Lovato and Nick Jonas continue to be fearless advocates for LGBT equality and acceptance. By taking a firm stand against North Carolina's discriminatory HB2 law, they're sending a clear message to fans and lawmakers alike: hate should never be tolerated.

Fans in North Caroline may be upset by this news, but the concluding sentence of Lovato and Jonas' statement says it all:

We know the cancelation of these shows is disappointing to our fans, but we trust that you will stand united with us against this hateful law.

More like this
The Most Powerful Photos From The Weekend’s Abortion Rights Protests
By Melanie Mignucci
The Families Of Grenfell Tower Are Still Waiting For Justice, Five Years On
By Bustle UK
'Line Of Duty's Writer Just Dropped A Bombshell About Steve & Kate
By Catharina Cheung
Rylan Clark Is Ready To Party
By Sam Ramsden
Get Even More From Bustle — Sign Up For The Newsletter