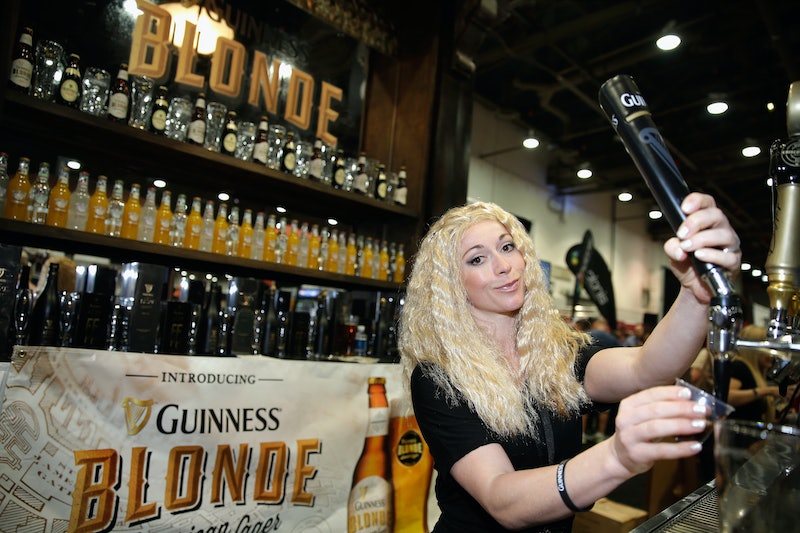 Travel calls for drinks: Airport drinks, arrival drinks, big-night-out drinks, sunset drinks, goodbye drinks... I don’t think I’m being excessive here. When I’m on the lash abroad, I like to try what’s local. Alcohol runs through the bloodstream of almost every society — by partaking in the local tipple, even the most foreign of farangs can get a glimpse of what lubricates the cultural cogs.

It also makes for some hellish hangovers in countries where you can't read tell the aspirin from the Imodium. So, from my liver to yours, here are four local brews to avoid abroad — at all costs.

Hong Thong came into my life one muggy night in Sukothai, although Thai whiskey is ubiquitous (and notorious) around the country. My friend, Scottish and drunk, had gone up to the bar in search of spirits, and came back with a bottle of $4 whiskey he carried like a grim trophy. I knew from his face we weren’t going to get out alive. The bottle magically emptied, and later that night we befriended a friendly gang of local youth, also drinking Hong Thong, who gave me a mystery meat skewer and offered to be my boyfriends. It was a good night, for which absolutely no photographic evidence remains, partly because a camera became a casualty.

Hangover Score: 5/10. The next day I was not painfully hungover, but found that a sedentary state in a darkened, icy room was ideal. I pretended I was a vampire.

Lesson: Whiskey that shares a name with underwear is never a good idea.

My friend James and I arrived on the small island of Leros last May, the only non-locals to grace its gravelly shores. The nightlife consisted of one bar. My mother had warned me about ouzo, like she warned me about tequila and French boys and other things I enjoy anyway because I’m 23 and refuse to know better. And so it was poured. For only three euro, I was expecting a shot of it — easy enough to knock back — but that's not the way things are done.

The bartender put three round ice cubes into a highball glass. The only other thing that went in was ouzo. All the way up. He handed me the glass with a half-liter bottle of water and an apologetic look. This happened three times. It might have been my imagination, but the bartender looked more apologetic each round.

On the way home, James the Drunk Philanthropist began gathering up stray dogs to adopt, one of which had glowing devil eyes and peed on him out of terror. James has gone off dogs since then.

Hangover Score: 3/10. Other than feeling like the sun was two seconds away from bursting and a primal need for fried food, I felt fine when I woke up — probably thanks to the water. However, I didn't see James until 4pm, and he looked sorrier than the bartender.

Lesson: Ouzo is delicious, but can swing dangerously either way the morning after. Also, Greece would solve all of its financial problems if it just charged appropriately for booze.

I had lived in Dublin for 42 hours when my friend from Aberdeen arrived for the weekend. A proud Scotsman, he seemed to believe himself to be the national representative in a cross-channel drinking competition, the outcome of which would be matter of national honor for at least a century.

But in pricey Dublin, the night started off in the flat with Buckfast. For those posh readers who have never bought a bottle of British wine off the bottom shelf of a downmarket minimart, Buckfast has been fermenting since the 1890s by some boozy Benedictines at a Devonshire abbey. It also tastes like grape cough syrup. What makes it so volatile isn’t its sticky-sweet flavor, nor its alcohol content (15 percent), but its caffeine: Sip for sip, it has more than Red Bull. The shenanigans that result from this potent concoction, particularly among knife-wielding Glaswegian youths who love a good bit of petty crime, have merited regular calls for a ban on Buckfast production from British politicians — including one from the Scottish health minister and a recent row when Police Scotland asked a shop to stop stocking it.

After half a bottle, I was drunk in quite a strange way: It was more of a fourth-espresso high, like I was a paparazzo in Milan. I had also decided it was my new patriotic duty to try all the ciders, thanks to a new budget of 60 euro I'd withdrawn (with a $6 fee) at a back-of-bar ATM. As a result, we spent much of the third night of my Irish life locked out of my flat: My keys had jumped ship in the third post-Buckfast pub and were never seen again.

The next time I had Buckfast was on St. Patrick's Day, still in Dublin. I paid the Galway-born cab driver in Serbian dinar around dawn and fell asleep next to a plate of steak pie and cornflakes.

Hangover Score: 7/10. I also was a bit of a liability both times.

4. Whatever the hell this is, Bangkok, Thailand

On the third night in Bangkok, two American girls joined some friends from London and I with a blue-labeled bottle. The contents were a mystery, but one of them reported that, “The 7-11 clerk looked terrified.” Naturally, this was intriguing enough for us to beg a bottle opener from the bartender of the hostel, upon whose patio we had been having a few civilized drinks of an evening. He looked like he’d seen a ghost. “No, please. Don’t drink,” he said. “It’s the devil. The devil.” We told him we were quite adamant about sampling the local delicacy, and he held the bottle out at arms-length to free the evil spirit.

Events that followed one shot of drinkable paint thinner were largely regrettable: As they say in the Hangover II, Bangkok had all of us now. There was a taxi chase through the streets of the city, which, looking back, seems quite illegal. I also recall experimenting with late-night Thai food, notably a bowl of soup that had chickens’ feet floating in the broth. I fell into bed, halfway under the covers, and aware of impending pain, while one of the group went to McDonald's and bought food for all the homeless people on the street (the same one who tried to adopt the all the dogs in Greece).

The next morning I woke up with a rare hangover, feeling as if Bangkok’s demonstrators had moved camp to my frontal lobe. And yet, in seven hours, I had had only six drinks. I beg of you, do not drink this, whatever it may be.

*Names have been changed to protect any remaining dignity