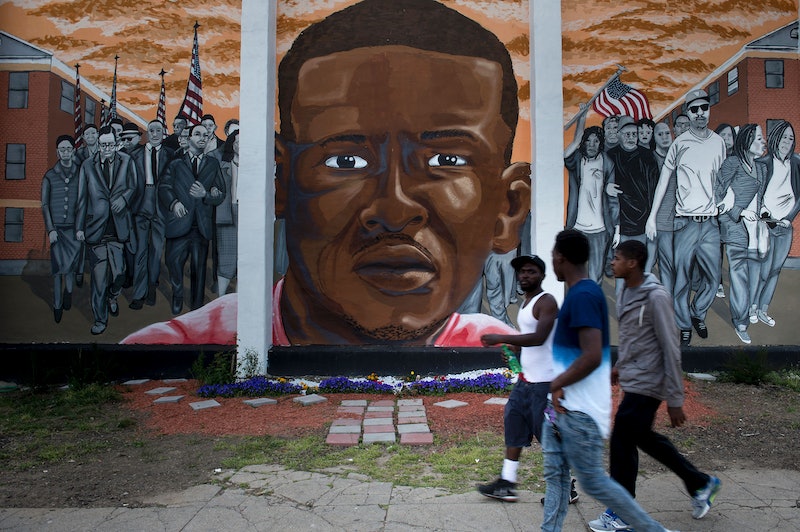 A year ago, a young black man in Baltimore named Freddie Gray died while in police custody, inciting riots and unrest from the city's suffering minority community. On Tuesday, Baltimore will vote in mayoral primaries to figure out the next step in moving forward from the tragedy and tough truths brought about by Gray's death.

Since Gray's death, the previously difficult situation in Baltimore has become dire. Violence has escalated over the past year to near epidemic levels — 2015 was the city's second deadliest year with 344 homicides, and just this weekend, 10 people were shot and three were killed. Unemployment is around 7 percent, above the national average, and 24 percent live below the poverty line. Current mayor Stephanie Rawlings-Blake was pressured by the public to refrain from seeking reelection, and the people of Baltimore are now hoping for relief and support from a new mayor.

It's likely that that new mayor will be either State Senator Catherine Pugh or former mayor Sheila Dixon, the two leading frontrunners to win the city's Democratic primary. According to the latest polls, Pugh leads the pack with 31 percent support and Dixon is close behind with 25 percent. No other Democratic candidate polled above nine percent. Baltimore has not elected a Republican mayor in over 50 years, so whoever wins this primary is likely to win the general election in November.

Dixon served as mayor of Baltimore from January 2007 to February 2010, when her term was cut short by a scandal that forced her out of office. Dixon was convicted on one count of fraudulent misappropriation by a fiduciary for taking $630 worth of gift cards that were meant for the city's poor. But according to Dixon, Baltimore is eager to have her back in charge. "For the last four years, everywhere I went, people were asking me to come back," Dixon told local NBC affiliate WBAL.

Pugh, who currently serves as the Senate Majority Leader in the Maryland legislature, says that she has been there for Baltimore throughout the years, and understands the problems the city is facing. “I’m certainly not a part of the problem; I’ve been more a part of the solution,” Pugh told The Atlantic. “I stood on the corners every single day during the unrest to keep the peace in our streets and to let people know that there are people in this city that care.”

Baltimore activists, who proliferated after the protests last year, are largely focused on getting people to participate in the political process. Elder C.W. Harris, founder and pastor of Intersection for Change, a church and community center that works for neighborhood revitalization, vowed to stay stuck on a rooftop until 500 votes had been cast in one of the city's poorest neighborhoods, Sandtown. "

Things have not gone back to normal as it was before Freddie Gray," Harris told local NPR affiliate WYPR, speaking on the disenfranchisement local residents feel from the city government. "Folks are without hope. It is hard for them to believe after so many years of neglect... [This] community has between 12 and 14,000 residents. We only have 2,000 registered voters. We need to change all that." By last Wednesday, enough Sandtowners had cast their early ballots for Harris to come off the roof.

For the city of Baltimore, making the right — or wrong — choice could change the entire future of the city and its most underserved populations. In the shadow of the anniversary of Gray's death, the city is reaching a tipping point in losing or strengthening the political momentum gained during the unrest and uprisings last year. Since the primary should essentially decide the next mayor, the legacy of Baltimore hangs in this vote.