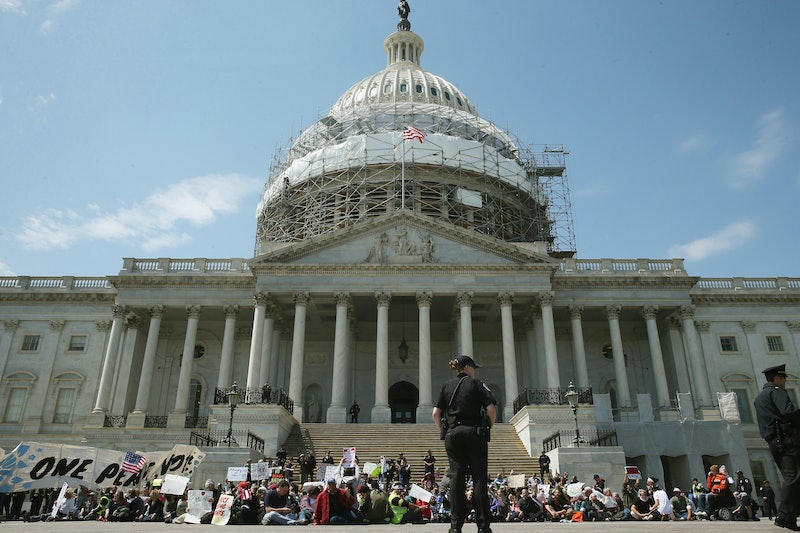 While the vast majority of the attention in this primary season is focused on the wild and unpredictable presidential race, there are also some really important congressional races going on right now too. When voters head to the polls on Tuesday's "Acela Primary," they will not only choose their presidential preferences, they will also be selecting candidates in some of the country’s most contested and most crucial congressional primaries.

Congressional races might be even more important than the presidential primary. Congress is barely clearing a double digit approval rating, and the increasingly ineffective Congress creates much of the bureaucratic frustration and inaction in American government. However, very little focus is put on congressional races in the media and by voters themselves, so many voters simply choose familiar names on the ballot and continue electing inefficient politicians back into the legislature. Giving sufficient scrutiny to these congressional races is crucial to seeing real change in the country.

If you have yet to vote, get informed! Who gets elected into these seats is seriously important and deserves some dedicated research and consideration. If you are voting in the Acela Primary today, check out this guide to some of the contested elections and candidates you can vote for in your congressional races.

Republicans Ann Brookes and Daria Novak are competing for the chance to challenge Democrat and current representative Joe Courtney in November. Brooks, a GOP activist, announced her candidacy just earlier this month while Novak, a Homeland Security consultant, has been campaigning since March.

Current senator Richard Blumenthal is running unopposed in the Democratic primary for his second term, but two Republicans will fight to challenge him in November — State Representative Dan Carter and investment banker August Wolf.

Delaware only gets one House representative for the whole state, and that seat is up for grabs this year due to current rep. John Carney's bid for the governorship. The crowded Democratic field includes Iraq War veteran Sean Barney, Ex-State Labor Secretary Lisa Blunt Rochester, State Senator Bryan Townsend, and tax preparer Mike Miller.

Six Democrats and four Republicans are fighting in the primary for Representative Donna Edwards' now vacant seat. Edwards, a Democrat, is ceding her place in the House to run for Maryland's open Senate seat.

Representative Chris Van Hollen currently serves as the rep. for the Maryland 8th, but he too is abdicating his throne for the chance at the Senate. A very crowded field, nine Democrats and four Republicans, will compete in the primary.

Longtime senator Barbara Mikulski is retiring from her seat this year, leaving an opening in the Maryland Senate delegation for the first time 2006. Mikulski's seat is hotly contested, with 30 candidates in the running from five different parties. Frontrunner Rep. Van Hollen gained the support of former governor and presidential candidate Martin O'Malley, but Rep. Edwards is close behind in the tightly locked race.

Republican Pennsylvania representative Joe Pitts is retiring this year, leaving the field wide open for both Republicans and Democrats to run for the seat. Republicans will have two choices on the ballot, ex-Lancaster County GOP Chair Chet Beiler and State Senator Lloyd Smucker, while Democrats can vote for

Current senator Pat Toomey is running unopposed for the Republicans, but a slew of Democratic challengers will duke it out for the nomination in the primary. Katie McGinty, former chief of staff to Governor Tom Wolfe, is currently favored to win the primary, but it's a very close race between her and two-term congressman and retired Navy admiral Joe Sestak.

Rhode Island Democratic representative David Cicilline is running unopposed but two Republicans challengers will face off in the primary. State Representative Karen McBeth vs. Tourism Council manager Russ Taub will decide who moves on to the general election in November.

Remember to do your research before you vote.