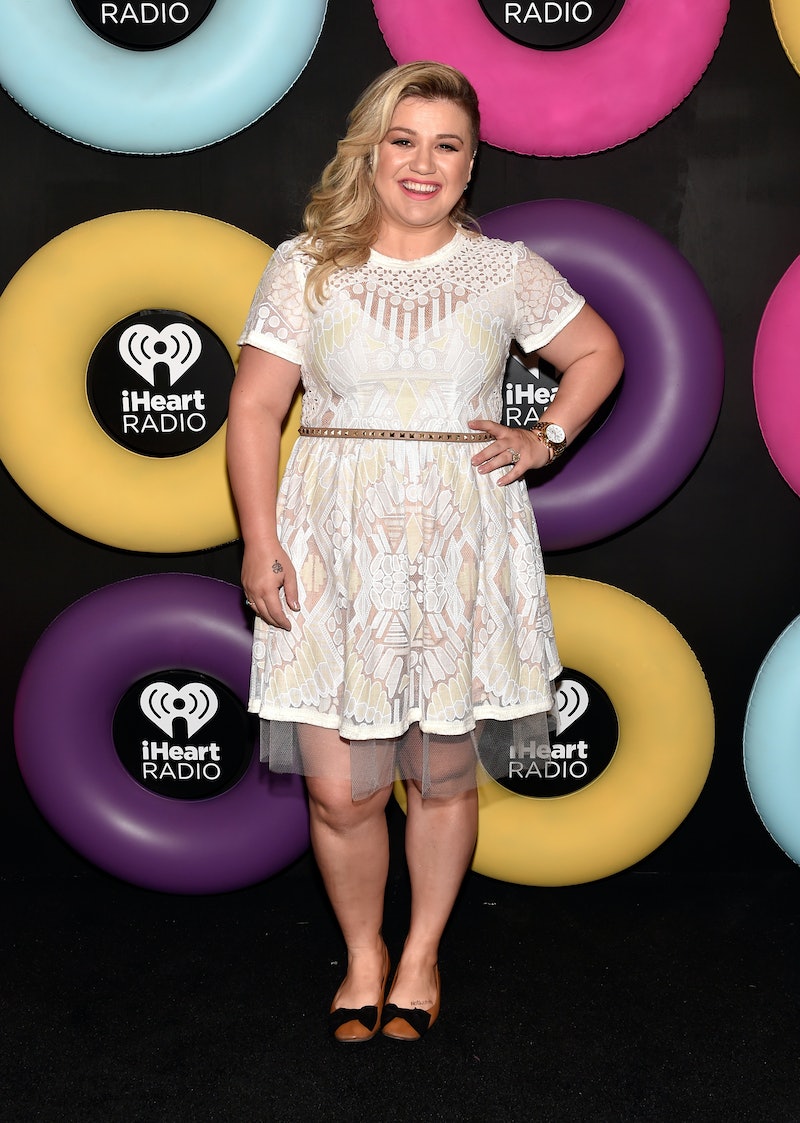 If you've followed Kelly Clarkson's career, you know that she's very much about family. I mean, her performance of "Piece by Piece" on a the final season of American Idol was a testament to just how much her husband and children mean to her. I think I'm still crying over it. *Wipes stray tear* Yep, I totally am. She recently gave birth to her second child, and on Tuesday, Clarkson posted a picture with her kids and new baby, Remy, that is going to make you melt. But that's not the only photo with Remy or the rest of the Clarkson-Blackstocks. Clarkson's pictures of and with her kids, all four of them, are probably the best thing about her being on social media.

Whether she's just hanging out with her brood or taking them on grand adventures with her and meeting other famous peeps, the pictures she shares are always adorable. And sometimes she even throws in a video or two, which obviously only amplifies the cuteness. Clarkson is also unlike your Facebook friends. The singer is totally conscious of when she thinks she's posting a few too many pics of her kids and apologizes for it — even though she definitely doesn't need to.

Here are a few pics that show off the singer's love for her family.

1. When She Gushed About Her Own "Von Trapp" Fam

Such a beautiful shot.

2. When She Gave Remy Quite The Introduction

3. When River Gave A Shout Out To The New American Idol & Runner Up

As is her duty as the official Idol heir.

4. When She Let Us In On River's Easter Experience

Poor River. He scares me, too.

6. When They Chilled With Ellen Degeneres

The outfit is v. appropriate.

7. When She Went To Perform On American Idol And Remy Tagged Along...

8. When They Met Cinderella

10. When She Shared This Sister Photo

11. When She Showed Off Her Awesome Family Christmas Card

Seriously, this is too good.

Now, excuse me while I go listen to "Piece by Piece" on loop.

More like this
Kelly Osbourne Found Love In Her Best Friend & Now They're Expecting
By Vivian Iroanya and Rachel Mantock
Is Megan Fox Pregnant? MGK Gave A Shout-Out To Their “Unborn Child” Onstage
By Hugh McIntyre
The WAGatha Christie WhatsApp Messages Have Been Released — & They're Wild
By Sam Ramsden
Prince Harry Spoke Out About Archie & Lilibet’s Futures And What Worries Him The Most
By Sam Ramsden
Get Even More From Bustle — Sign Up For The Newsletter