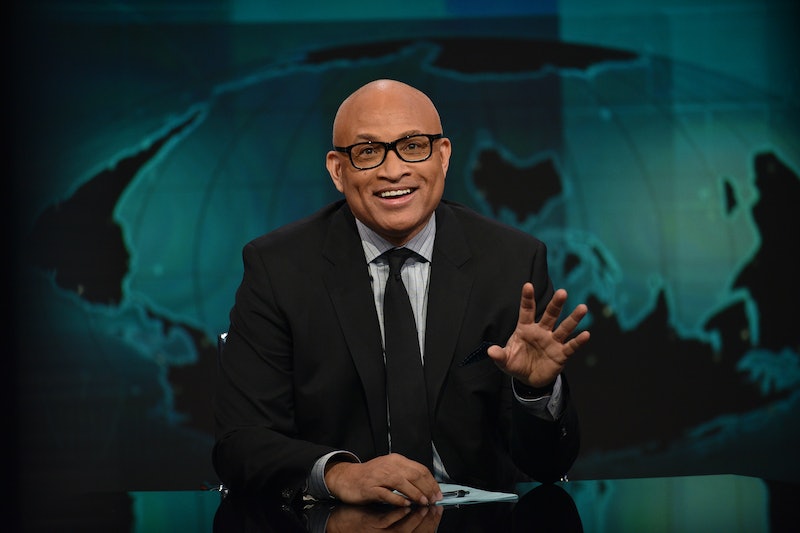 The annual White House Correspondents' Dinner is coming up this Saturday night, and a familiar face is tackling the hosting job this year — The Nightly Show's Larry Wilmore. The gig will add another impressive bullet on Wilmore's already stacked resume, but his hosting will also give the White House Correspondents' Association some much needed diversity credit — Wilmore is one of only a handful of persons of color to host the dinner.

Some of the history of the WHCD has been lost to the ages, understandably since the event is over 100 years old. However, that means that some of the information on performers and hosts of color is gone too. The Four Step Brothers, an African-American dance group, may have been the first persons of color to perform at the dinner in 1954, followed by jazz musicians Nat King Cole and Dizzy Gillespie in 1956, and Duke Ellington in 1964.

But the first person of color didn't host the dinner until 1999, when Aretha Franklin took the job for then-President Bill Clinton's last dinner. Cedric the Entertainer also hosted 2005, but the number of persons of color that have hosted has jumped dramatically since President Obama entered office — just during President Obama's term, three more persons of color have hosted the dinner. Comedian Wanda Sykes took on hosting duties at President Obama's very first WHCD in 2009, SNL actress Cecily Strong emceed last year, and now, Wilmore will take the stage on Saturday night.

It's not that surprising that there have only been a few persons of color to host the dinner, considering that comedy hasn't always been a welcoming environment for minorities. The tradition of hiring a comedian as host has its origins in the early days of the dinner but was pretty much formalized in 1983, with a couple exceptions. In the intervening 30 years, Wilmore is one of the only black men to gain the same kind of exposure and comedy experience as previous hosts. Wilmore has a serious talent for roasting, and given how much comedy he has been able to glean from his own experiences as a black man, he should have no problem making an absolutely hilarious roast out of President Obama.

The exclusion and limitation of minorities in the entertainment industry is slowly but surely eroding, and hopefully as this traditional dinner grows older, there will be plenty of new minority talent to showcase at the event. Wilmore's performance on Saturday night should not only be hysterical, like his show, but will also hopefully help aspiring minority comedians to see what persons of color can achieve.