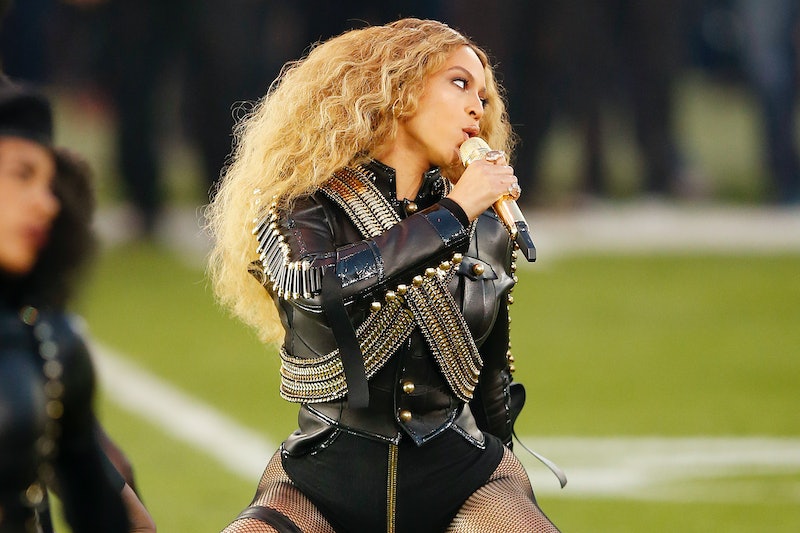 Beyoncé's newest album, Lemonade, is nothing short of a masterpiece. With every listen that I have given it since the release this past Saturday (which is a lot of listens), I find a new genius moment hidden within the lyrics, the visuals, and the brilliant choices for cultural references. Lemonade is a work that is inspired by the strength and struggles of Beyoncé as a black woman and is an astounding celebration of black women as a whole. During "Don't Hurt Yourself," an excerpt of a speech by Malcolm X plays, and after hearing these powerful words many fans might be wondering how they can listen to Malcolm X's entire speech.

These statements hit hard and these particular words still find significance in our cultural climate today. This excerpt is from a speech Malcolm X gave on May 5, 1962 in Los Angeles, at the funeral of Ronald Stokes, a black man who was killed by the LAPD.

The speech is often titled "Who Taught You To Hate Yourself?" He spoke to a large congregation of black women, asking them:

While not all parts of Malcolm X's speech are positive or going to be accepted by everyone, this harrowing message is important to include in "Don't Hurt Yourself" especially, with Beyoncé asserting that she is a powerful woman that will not stand for any mess. She is reclaiming her power and making it known, while she's backed with the soundtrack of thrashing, powerful guitars. On her last album, Beyoncé, she featured an excerpt by writer Chimamanda Ngozi Adichie in the opening of "Flawless," in which the writer says, "We teach girls to shrink themselves, to make themselves smaller." Clearly, Beyoncé understands the significance of highlighting these figures for her fans.

If people didn't know of this Malcolm X speech before, they will know and learn these powerful words now because they matter more than ever.

More like this
Spice Girls’ Net Worth: The Richest Member Is Wealthier Than The Rest Combined
By Hugh McIntyre
Harry Styles Called For "Backlash" In Powerful Statement On Abortion Rights
By El Hunt
Twitter Was Saying The Same Thing About Sam Ryder’s Surprising Eurovision Result
By El Hunt
Doja Cat Needed Tonsil Surgery & Now She Can't Eat Taco Bell's Mexican Pizza
By Jake Viswanath
Get Even More From Bustle — Sign Up For The Newsletter