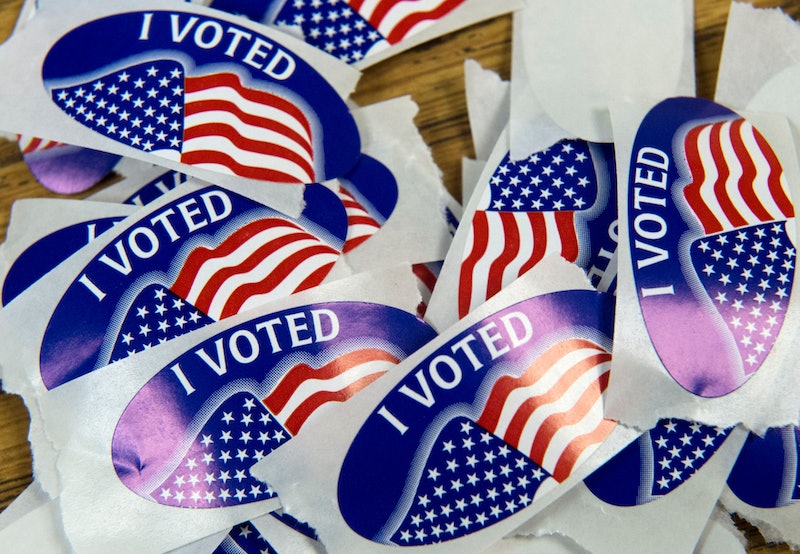 On Tuesday night, five states weighed in on the Republican and Democratic nominations. Some outlets have dubbed the contests the "Acela primaries," a reference to Amtrak's northeastern corridor high-speed rail line, but it doesn't really matter what you call them. The important thing is that a whole lot of voters made their feelings known ― in Maryland, Rhode Island, Pennsylvania, Delaware, and Connecticut. And if you're wondering how many, well, here's a look at the last state on that list: how was turnout in the Connecticut primaries?

To this point in the respective races, there's been a familiar trend playing out. On the Republican side, you're seeing record-breaking numbers, while turnout for the Democrats has been lagging well below the last time they had a presidential primary. In fairness, that was the epic 2008 contest between Hillary Clinton and Barack Obama, which set many turnout records itself, and it's not necessarily a big deal since primary turnout has no real relationship with general turnout.

But all the same, it's been a fairly durable and noticeable trend, and as such it'd make sense that you're a little curious how things went down in the Constitution State. So, how many Connecticut voters headed to the polls on Tuesday night?

Well, contrary to whatyou might have expected if you were using recent history as your guide, the Democrats actually turned out more voters than the GOP this time around! And really, it wasn't all that close: with 99 percent of precincts reporting, the Democratic candidates drew a combined 328,465 votes, with the Republicans bringing up the rear at just 212,190. Once again, this isn't really "good news for the Democrats," since primary turnout isn't actually a meaningful indicator of general election turnout, but it's got to be a nice feeling for the Democratic establishment for a change.

If you're wondering when the next primary contest will be ― getting a little antsy, perhaps ― then you're in luck, because you won't have to wait all that long. The great state of Indiana, which Republican candidate (and rapidly-fading Trump alternative) Ted Cruz is treating as his last, best hope, will be holding its primaries on May 3rd. After that, there will be a slew of state contests, clear through to the District of Columbia Democratic primary on June 14th (including the vaunted California primary, the single biggest prize on either side of the race).