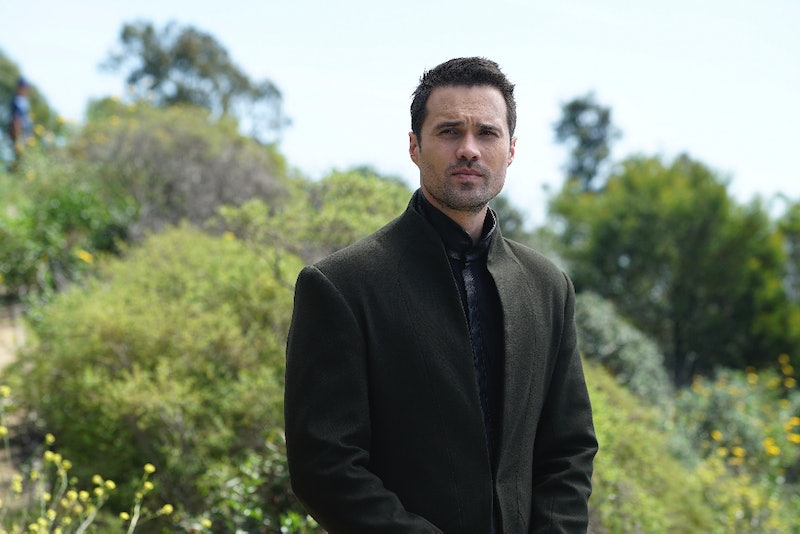 Hydra is "gone" in the Marvel Cinematic Universe. At least, for now — constant vigilance everybody. However, we barely have time to celebrate because Hive bought a town and Kree are coming to Agents of S.H.I.E.L.D. to help stop Hive and make sense of the Inhuman situation, hopefully. This also could explain why Daisy's vision took place in outer space. The pieces are finally starting to fall into space.

We learned in the episode that part of Hive's endgame is to recreate the Kree experiment that created him, and all Inhumans, using the artifact that they took from Hellfire. The promo for next weeks episode, titled "Failed Experiments," shows several Kree landing on Earth. I'm not surprised that the Kree, who arguably started this whole mess, might feel the need to check in at this point. Hopefully they won't do any harm to Hive's innocent "swarm" of infected followers.

This has been a long time coming, Kree have been teased on Agents of S.H.I.E.L.D. since Season 1, and we briefly met a Kree named Vin-Tak in Season 2. They have also been featured in Guardians of The Galaxy. It's always fun, in my humble opinion, when they come to town. Hopefully they are coming to stop Hive rather than help him. The episode may have teased one ominous way to destroy the squid-head villain, but the Kree should be experts.

The fact that Agents of S.H.I.E.L.D. is bringing back these blue aliens, who have an epic history in Marvel comics, the same week that Captain America: Civil War hits theaters is insane to me. How are they going to fit all of this in? I can't wait to see how it all works out.