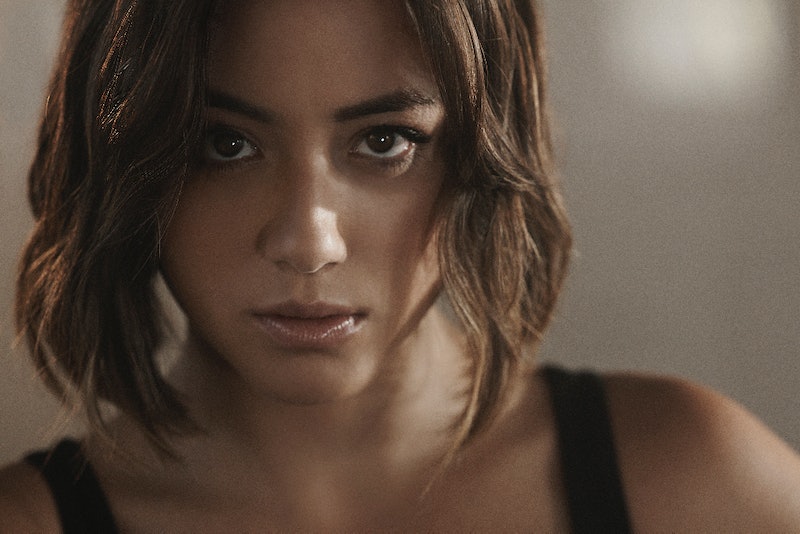 I really, really want to celebrate the fact that FitzSimmons "crossed the event horizon," but I can't just yet. This situation with Hive is too stressful. Is Daisy coming back on Agents of S.H.I.E.L.D. ? The "fallen agent" is still infected by Hive's sway, but even while seemingly lucid and in control, she chose to stay with the Inhuman swarm.

This is unlike any kind of fictional mind control I've ever seen. Daisy doesn't look glazed or robotic. She seems fine, except for the violence. When she refused Fitz's help, it honestly felt as if her argument was coming from a real place. The show really made it seem as though Daisy's choice was her own, though I'm not convinced it is. Right? Hive is definitely manipulating Daisy and the others. Is it some weird mix of control and selective reality? Maybe Hive is able to access the parts of Daisy's psyche that would agree with him/it, and turn everything else in her brain off. That would be pretty cool.

My other theory is that Daisy is somewhat in control of her mental facilities, but is choosing to stay with Hive as both a double agent and to remove herself from the deadly future she foresaw. She may have called the swarm her "family," but the warning to Fitz about her vision was almost definitely sincere.

Just the fact that Hive could be acting out SkyeWard fanfiction with Daisy is skeezy enough. I'm sure Daisy will be back eventually. She's a hero, after all. Coulson finally admitted that she's basically his daughter. Hive's swarm may be made up of fellow Inhumans, but Daisy has always had a family on Agents of S.H.I.E.L.D. and hopefully she hasn't forgotten them forever.