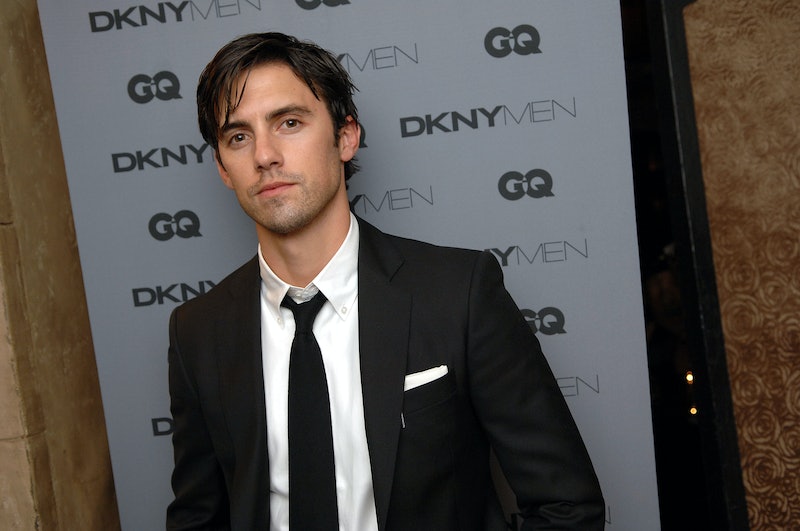 This just in: if you've ever dreamed of hearing Milo Ventimiglia on the Gilmore Guys podcast, then call me Santa Claus, because he just stopped by and got all sorts of chatty about his bio, what sort of weird sh*t goes down after you go on a talk show as a big celeb (“And then it’s done and you get your gift bag from the show, and it’s usually like, a framed picture of you and whoever interviewed you”), and how he was never the overnight success the media made him out to be (“So I got in the business when I was 18 and started Gilmore at 24 — six years later. That was when I finally joined the show.”). He also broached a topic that's been kind of a thorny one since the revival was announced in October. Namely, Ventimiglia discussed Melissa McCarthy's return to the show.

If you've been in a bunker for the past six months, you might not have caught wind of the controversy, which gets a little he-said-she-said. After Amy Sherman Palladino said she'd touched base with McCarthy and McCarthy's schedule was too busy to allow for her to star in the revival, McCarthy posted a tweet stating no one had asked her about the revival.

It all got very confusing and kind of dispiriting, but finally Sherman-Palladino and McCarthy seem to have worked things out, because McCarthy is absolutely and definitely 100 percent in for the revival. So what did Milo Ventimiglia have to say on the topic?

Here’s the thing: I think she was always going to, in some way… I mean even my father was like, “So, wait a minute, you’re trying to tell me — what happened to Sookie? Is she not coming back? Where did her character go?” And I was like, “Pop, I’ve got no idea,” and he was like, “Is it 'cause she’s a movie star?” And I was like, “Pop, pop I have no idea.” It came up as she was doing the press for her movie The Boss

Oof. I haven't had goosebumps this bad since the twist ending of The Sixth Sense: get out of my brain, Mr. Ventimiglia Senior. Anyway, you should listen to Ventimiglia Jr.'s impression of his dad for yourselves. Or, you know, fake a migraine, hightail it home from work, and treat yourself to the entire session. You know you want to.