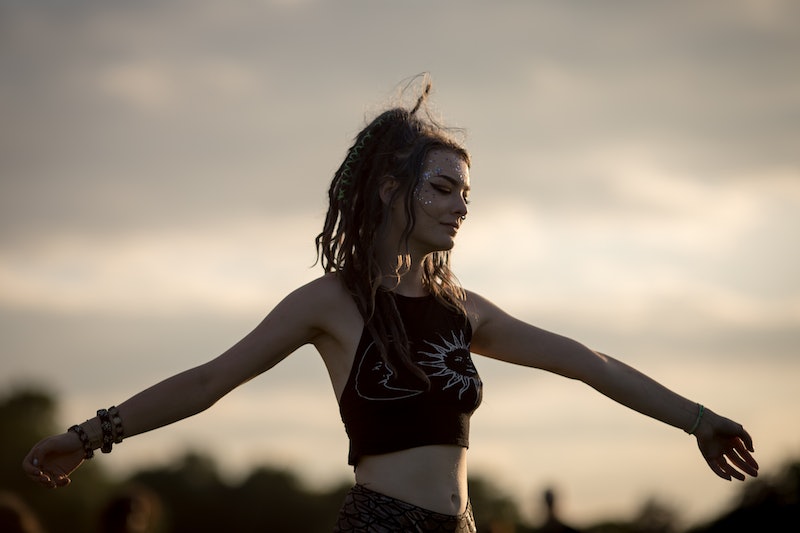 May Day has been marked by celebrations of fertility across countries and centuries, and as with many pre-Christian social and religious customs, a lot of May Day traditions were surprisingly feminist. The day, broadly, is a celebration of the beginning of summer and was historically associated with Pagan goddesses of fertility, flowers, fairies, and many more.

Beltane, the Celtic holiday that would give rise to later May Day traditions, was a fire festival traditionally celebrated with open expressions of sexuality, music, drinking, connecting with nature, Hawthorn flower crowns, and general merrymaking. Think of it as a sacred combination of Coachella and a really awesome camping trip — but way sexier.

Celebrated from sundown on April 30 to sundown on the first of May, Beltane lore is rooted in a wedding — the marriage of the masculine and the feminine, known as the May Queen and the Green Man. This marriage was not one of political strategy but rather passionate physical love and a deep connection to nature. Men and women were celebrated as equals because masculine and feminine forces working in tandem were necessary to provide a bountiful harvest at the end of the growing season.

Couples would go "A-Maying" into the forest, where they would spend the night hooking up under the stars, deciding if they were suitable partners, picking Hawthorn flowers together, and ultimately returning to the village largely consequence-free. Women were not punished or shamed for these expressions of sexuality, which makes me wonder where we made a wrong turn since.

Even the Maypole dance is a collaborative ceremony between the ultra-phallic giant pole and the feminine ribbon wrapped around it by happy dancing children. It's no wonder the spring fire festival has been met with such disapproval throughout the ages (I'm looking at you, Puritans).

1. The wedding of the May Queen

In Celtic tradition, Beltane celebrated the union of the masculine and feminine as lovers and equals, working in tandem to provide a bountiful growing season and a fertile year for the villagers too.

Historically, the Dutch and German festivals of Walpurgis Night were said to be the time when witches would congregate and dance around fires on top of hills. Today, in countries like Estonia and the Czech Republic, revelers dress up as witches and dance in the streets in a carnival-like atmosphere. These magical women are not shunned but rather celebrated on the night before May 1.

Bryn Mawr College celebrates May Day each year during finals week with hoop races, Maypole dancing, and even a parade.