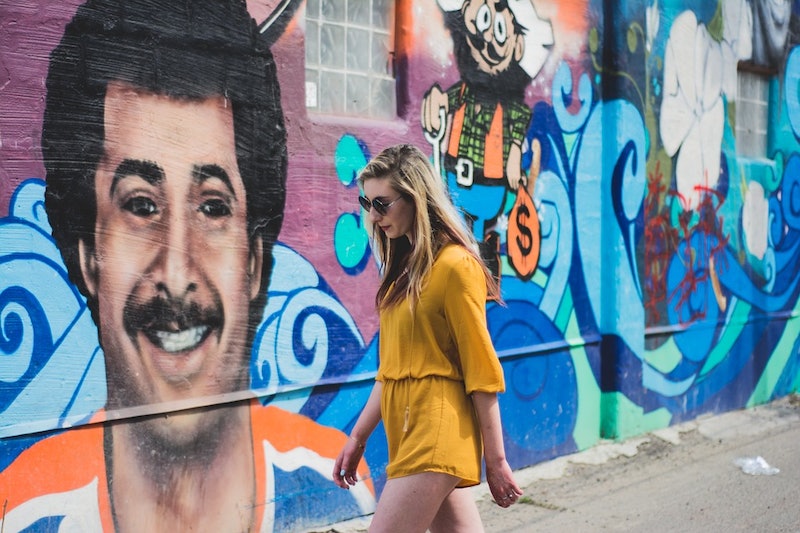 Creativity — either you have it or you don’t. Except that's not true at all. If you have ever heard that notion before, dismiss it right now, because there are scientific ways to be more creative that can take you from, “Ugh, I never have any good ideas,” to “Geez, the ideas won’t stop flowing out of me” in no time, despite how creative you perceive yourself to be.

Being a writer, I’m often challenged when I can’t seem to get my mind right. I can sit for hours staring at a blank screen thinking of something new and interesting to say, and come up with nothing... and I mean nothing. Then other times I’ll be driving and suddenly will have 50 new ideas for projects. If you’re like me and wish there were ways to get the creativity flowing when you really need it to, the selection of studies I'll talk about below are bound to be helpful for you. For instance, did you realize standing versus sitting when you’re thinking of ideas can play a significant part in how creative you’re able to be? Some of these might seem odd, but they’re true. Read through this article and then try out some of these tricks next time you’re brainstorming. You might find the process is a whole lot easier than ever before — and a whole lot quicker, too. Here are 13 ways to be more creative, according to science.

If you’re a morning person, likely you’re up and going in the morning anticipating this perky time of your day will be the best for getting the creative juices flowing, but science says that thinking might be wrong. According to a study conducted by researchers at Michigan State University and Albion College, during your “off-peak” hours (e.g., nighttime if you’re a morning person, morning if you’re a night owl) might be the best time to spark creativity. The research said this could be because our brains are predisposed to getting distracted during those times, leading to less focus and the spur of better and more creative ideas.

2. Do Something Really Boring

According to a study from the University of Central Lancashire, you might feel a spark of creativity from completing a task that you perceive to be super boring. The study had some participants completing a boring task, like copying down phone numbers from a phonebook, and another set of participants not doing the task. Ultimately, those in the first group showed a significantly greater level of creative thinking. The researchers noted this might have been due to daydreaming that occurred in the bored individuals.

For women, competition is a creativity killer, according to a study from Washington University in St. Louis. The study showed women work best in small teams, where their creativity, for one, rises. However, when women are forced to compete against each other, their creativity goes down. The study also showed the more competitive a position we’re put into, the more we as women become less creative. Rather than compete at work, instead bond together with colleagues if you want your creativity to shine.

To spark creativity, open monitoring meditation might be another great tactic. This form of mediation involves opening your breath and mind in order to best be aware of thoughts and feelings. According to researchers at the Institute for Psychological Research and Leiden Institute for Brain and Cognition, those who took part in this kind of meditation experienced an improvement in their creativity.

Check Out: The Meditation Transformation: How to Relax and Revitalize Your Body, Your Work, and Your Perspective Today, $2.99, Amazon

If you’ve always assumed turning up the lights to think your best way to go, you’re not alone. I’m always one to crank up the lights, thinking it’ll help my brain perk up, but get this — dimming the lights might actually be the trick if you’re trying to do something creative. According to a study from the Journal of Environmental Psychology, dimming the lights can improve creative performance, as it pushes our minds into an exploratory mode. Keep in mind, though, if you’re hoping to complete a task that involves more logical reasoning, the researchers found that this was better done in the brightness.

Standing is another tactic for boosting creativity, according to another study from Washington University in St. Louis. The study looked specifically at how creativity flourishes in meetings, and found standing encourages excitement amongst the attendees while they’re going through a creative brainstorming process. Separately, standing also lowers attendees’ feeling of territoriality. All and all, the study said standing for meetings ends up not only positively affecting creativity, it also better group performance.

I could write an entire book on why walking is good for us, but did you know walking can also help boost our creativity? A Stanford University study proved this very point when it found participants who were asked to walk had their creativity levels increased by up to 60 percent. Talk about another major bonus for getting up and moving.

8. Surround Yourself With The Color Green

Seeing green doesn’t always have to have a negative connotation — when it comes to creativity, green is where it’s at. According to a study published in Personality and Social Psychology Bulletin, seeing green before completing a task yields greater creativity. The researchers showed you only need to look at the color for a few seconds to get results. So, next time you’re stuck for ideas, glance at green for a few seconds and let your mind start to wander.

9. Or With The Color Blue

If there’s no green around, focus on blue. According to a University of British Columbia study that looked at colors and advertising, blue is also a go-to color for boosting the ability to think creatively.

This is hard for me to type, as I’ve slowly become quite a neat freak and am a major proponent of keeping things organized, however creativity can, in fact, increase by working in a messy space. This is according to University of Minnesota study that showed students asked to complete a task where able to do so more creatively when in a messy room than in an orderly one.

11. Bring In A Little Background Noise

This isn’t to suggest that every time you’re doing a creative brainstorm you need to blast music throughout your office, but a little background noise can take you far, according to a study by researchers at the University of Illinois. The study found hearing a bit of noise can boost creativity — specially, about 70 decibels of ambient noise. If you want to check out decibels in terms of what noises they’re comparable to, here is a comparison chart from Purdue University.

12. Stand Out From The Crowd

For anyone who has ever been socially rejected, I’ve got some great news for you — that rejection might actually be beneficial to you in terms of creativity, especially if you’re an independent person. According to a study conducted by researchers from Cornell University and Johns Hopkins University, for those who have a strong “self-concept” (e.g., are independent), when they are faced with rejection, their creativity flourishes. One of the study’s authors, Johns Hopkins professor Sharon Kim, explained in Fast Company, “If you’re in a mindset where you don’t care what others think, you’re open to ideas that you may not be open to if you’re concerned about what other people are thinking.”

Drinking a little bit of alcohol can go a long way in sparking creativity, according to researchers from the University of Illinois at Chicago. The researchers found those whose blood alcohol level (BAC) was just under .08 were able to better perform a creative task versus those who remained sober for the task. What’s the ideal BAC for creativity? According to the researchers from that study, it’s suggested it’s about .075. (It’s worth noting, though, that for memory-related tasks, the sober participants performed better.)

If you feel it’s a struggle for you to think creatively, try out some of the tips here to stir up your creative juices. After trying out these tricks, you might find you’re coming to the table at your next big meeting with a ton of amazing, out-of-the-box ideas.