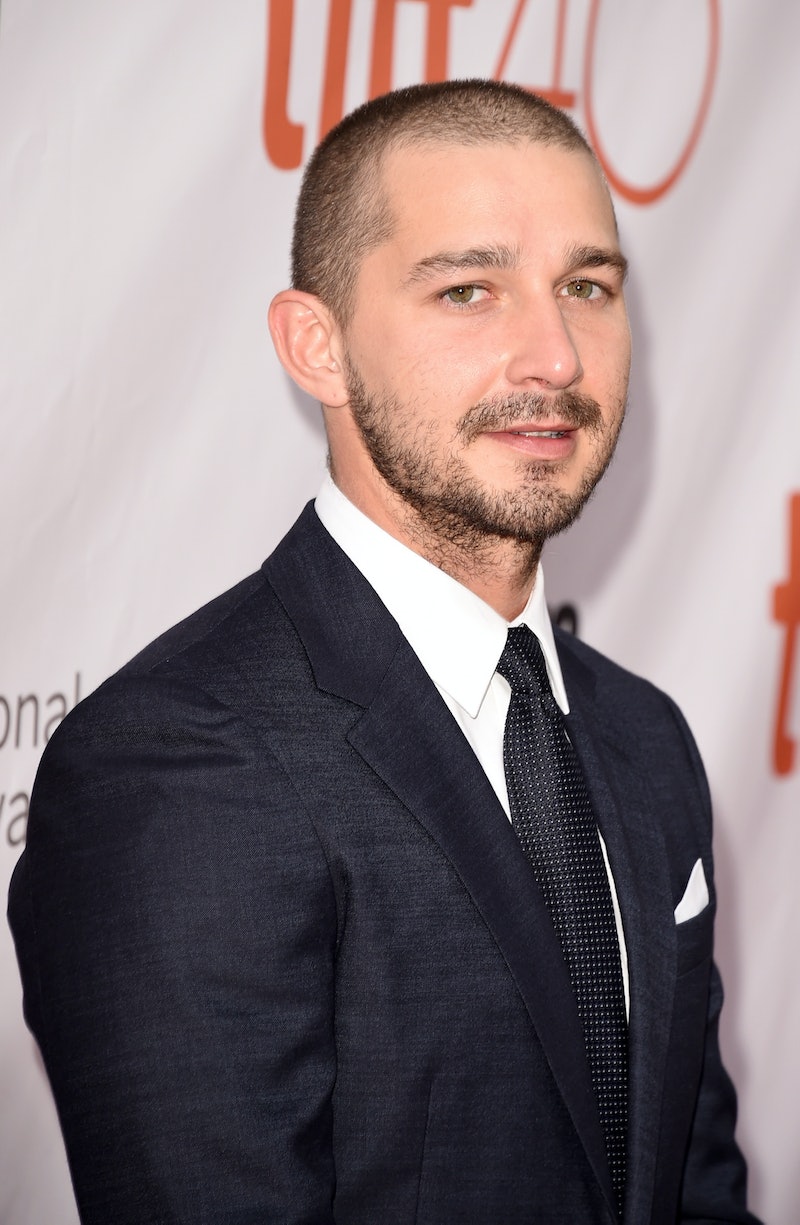 Take note, celeb doppelgängers: Looking just like a star can inadvertently get you wrecked in New York. Take it straight from Mario Licato, a guy who was punched in the face for looking like Shia LaBeouf this past weekend. Yes, this is a real thing that happened, and as hilariously WTF as the headline is, the whole thing is actually super effed up. And those jokes about ~only in New York~ are not an excuse.

Here's how it went down, according to Licato's retelling to the New York Post. Dude was getting off the F train on the Lower East Side just in time to go to a concert, when a man ran up to him, punched him in the face, and told him it was "because you look exactly like Shia LaBeouf!" Licato was actually knocked unconscious and was bleeding from his face.

"I didn't even see the guy. I just see his fist coming towards me. It knocked me, and while I was falling down the stairs, all I hear was, 'This is because you look exactly like Shia LaBeouf!'" he recalled.

Licato, who does, as you can see in the photo above, resemble the actor, said the whole thing was so sudden and random that he wasn't sure he heard the guy correctly at first. A nearby couple who witnessed the incident rushed over, helped him up, and called 911.

"I was so confused. I was even more confused because I got up and I was like, am I crazy or did I hear him say, "This is because you look like Shia LaBeouf?" And [the couple] were like, 'Nope. That's exactly what he said as he was running away from you.'" The man, who witnesses described as looking like a "frat boy," apparently ran down the stairs after punching Licato and jumped on a subway.

Licato was pissed about his treatment from the EMTs, who arrived soon after:

"They got out of the car and the first EMT guy, while I'm gushing blood from my face, with my broken glasses, just says, 'Welcome to New York, buddy,'" he recalled. "My response was 'Well, f*ck you, I’m born and raised here.' I was like, 'Are you kidding me? You're standing in front of somebody who's bleeding out of their face and that's your first response?'"

He's right: Sure, New Yorkers see all kinds of crazy and weird things every day, but that's no excuse for violence. Someone resembling Shia LaBeouf? Pretty sure that's not a justifiable reason for knocking someone out. And an EMT personnel essentially telling Licato he should get used to it because it's Manhattan — no.

And honestly, Licato, who recognizes his own resemblance to the actor, kinda just wants to get at the bottom of the issue here.

"I wanna know what Shia LaBeouf did to him," he pondered. "What did Shia LaBeouf do to him that he punched somebody that looks like him? He must have did something so mean. Did he steal his girlfriend? Did he just see his last performance art piece?"

While Locato can make the jokes — he's the one who got violently socked in the face, after all — that doesn't mean he needs to get used to this kind of treatment. It would be intense enough if the guy actually randomly punched Shia LaBeouf (who notably has a violent record all his own) but it's obvious that his attacker decided to wail on him for the sole fact that he resembled the actor.

It's exactly the kind of story that is just more insane because it's real. You know what they say: The truth is stranger than fiction — and getting punched in the face because you look like Shia LaBeouf, yeah, I'd say that's up there.