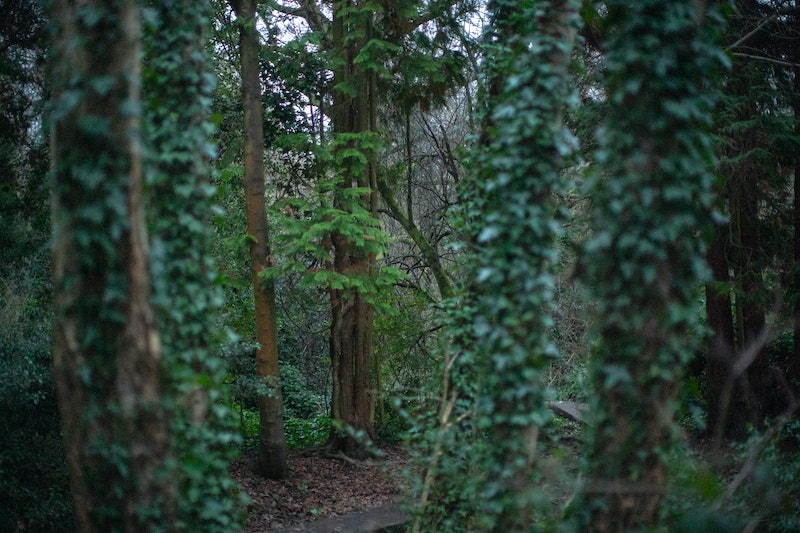 If you feel at home by taking a hike in the great outdoors, Arbor Day is likely one of your ultimate favorite holidays. But what is Arbor Day, and how did it get its start? It has a more interesting history than what you might think.

First and foremost, it's important to know that Arbor Day is all about trees. Trees are insanely necessary to keep our world going — not only are they the tallest plants we have, but they supply us with oxygen and help keep our soil in a stable condition. They also take in carbon dioxide through photosynthesis, which aids in the battle against global warming. In short, trees are great. Have you ever met someone who's hated on trees before? Probably not. In all honesty, trees should probably get more than one set holiday (even though to its credit, Earth Day tries to include them in the day's overall mission as well).

While the act of planting trees has happened throughout the world, the first noted Arbor Day festival in America happened in Nebraska City, Nebraska in 1872, thanks to journalist Julius Sterling Morton. Morton started working at a newspaper in Nebraska, and decided to use this platform for his benefit — both he and his wife, Caroline, absolutely loved nature and realized how important plants are to the Earth. In fact, after they moved to Nebraska from Detroit, they planted a variety of different trees on their property — literally, thousands, from beeches to plum trees. So why not publish a few pieces to try and encourage others to get interested? It should be noted as well that Nebraska, at this time, didn't really have a vast supply of trees — Morton helped spread the word that with the community's help, this could all change.

It was decided that April 10 would be the day when the planting began, and Nebraska City successfully added more than one million trees to its environment — obviously the community was extremely receptive to the message, and went all out. It was so successful that Morton soon gained the title of “Founder of Arbor Day." With time, more and more states were open to observing the holiday, and it eventually became recognized throughout the country. The one thing that's changed is the date — while it's now celebrated on the last Friday of every April, it had originally been set on April 22 years after its initial run. Why April 22? Not only was it a good day for planting, but it also happened to be Morton's birthday.

Another good thing about Arbor Day is that it involved the local schools. Students were quick to put on parades to celebrate, and were even encouraged to plant trees that were dedicated to people they knew and loved. As it became part of their education, they quickly learned why trees were so important, and how annual planting not only helped their towns thrive, but made them more beautiful.

Morton unfortunately passed away in 1902, at the age of 70 — and even on his last days, he looked forward to the tradition of planting trees. His original home, called Arbor Lodge, was turned into a state park, and has expanded to feature about 250 different varieties of trees around the property. Planting trees each year on Arbor Day helps to keep his mission and vision alive.

This year, think about Morton while planting your own tree — in fact, I'm sure he'd have appreciated the heartfelt dedication.