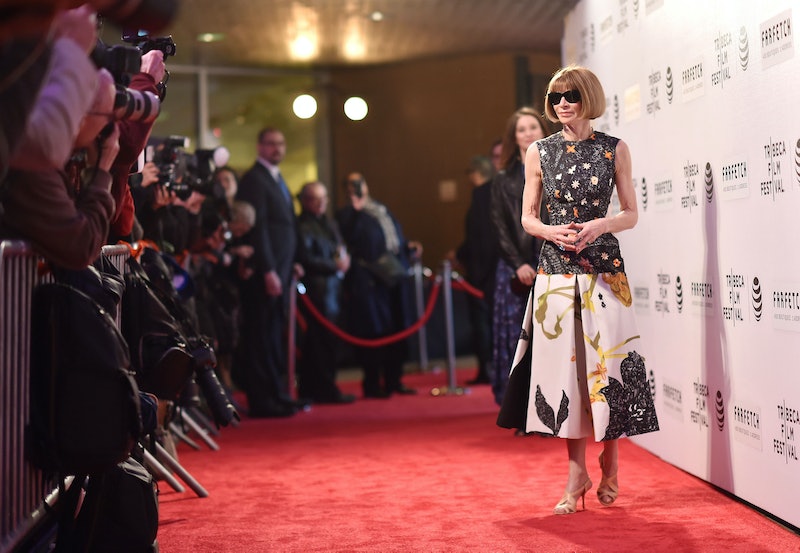 Paparazzi. Lights. Diamonds. Suits so old school Hollywood even Frank Sinatra would be jealous... There's a ton of reasons why we all love the Met Gala, and why we'd love to attend. But do you have to be invited to the Met Gala? It seems pretty exclusive, right?

First, let's dive into what the Met Gala actually is. It's a high powered fundraiser for the for the Metropolitan Museum of Art's Costume Institute in New York City. Only the most wealthy and influential people attend each year. The guest list usually hovers around 700 people, although StyleCaster reported that rumors circulating suggest that the 2016 guest list is much smaller with a mere 350 in attendance.

Who shows up largely depends on who is friends with Anna Wintour at the moment. Vogue's editor-in-chief has been the Met Gala's event chair since 1995. She oversees both the benefit committee and the guest list, so if you're buddy buddy with her, your chances of getting in appear to be increased.

A-list celebrities, influential sports figures, musical icons and movie stars are always invited (because they have money to spend of course). But if you aren't a star, or on a first name basis with Wintour, you may be able to get in with your personal connections. Friends, spouses, dates, work associate and sometimes kids of the uber rich and famous are allowed in.

Still not you? You work credentials can get you far here. A select few Vogue employees, magazine associates, entertainment news anchors and the like are often invited.

If you aren't a celeb or Wintour's BFF, or any of the above criteria, then a mere $25,000 you can buy a ticket. Of course, that's chump change for interested celebrities but I'm a few paychecks away from affording that ticket price. Wintour reportedly raised the Met Ball ticket price this year to weed out hooligans like myself, so only the elite may join the party. Bummer.

More like this
Iris Law's Skunk Mullet Is Not For The Faint-Hearted
By Tomi Otekunrin
What Is Mandy Moore’s Net Worth?
By Hugh McIntyre
Ryan Seacrest's Net Worth: 'American Idol' Makes Up Only Half Of His Wealth
By Hugh McIntyre
Danny Dyer & Ellie Taylor’s New Netflix Game Show Is All About Cheating
By Rachel Mantock
Get Even More From Bustle — Sign Up For The Newsletter