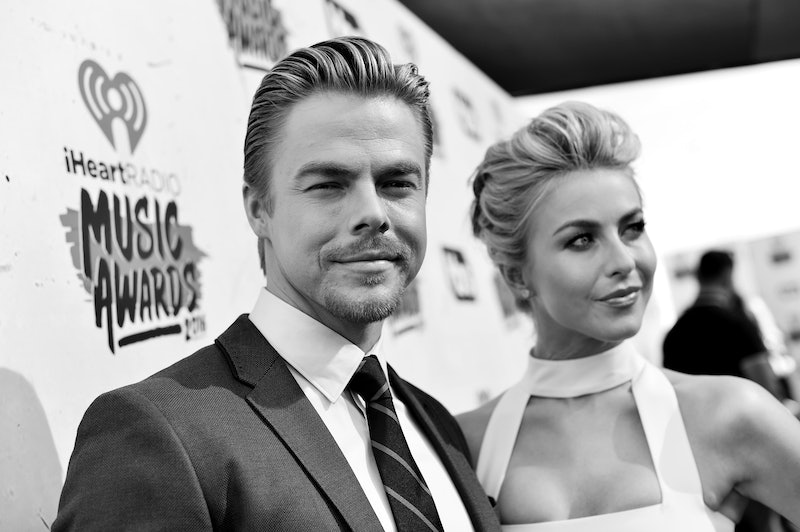 If there's one celebrity sibling duo that knows how to entertain with their killer dance moves, it's Julianne and Derek Hough. The siblings launched their careers on Dancing With The Stars as professional dancers, with Derek taking home the Mirror Ball Trophy six times over the show's history with various dance partners. Julianne has since used her Dancing With The Stars platform to launch a bonafide Hollywood career: she has starred in several movies, including the 2011 remake of Footloose and the 2013 musical adaptation Rock Of Ages. Derek has seemingly caught the acting bug from his older sister: the dancer has appeared on Nashville and starred in the 2013 dance movie Make Your Move. Now, it seems that Derek is once again following in Julianne's footsteps with his latest endeavor. According to Deadline, Derek has joined the cast of NBC's Hairspray Live!, just months after Julianne appeared in Fox's Grease Live!

Grease Live! was met with fantastic reviews — it currently holds a 91 percent on Rotten Tomatoes — so it's not surprising that its star's brother would want to take a shot at his own musical adaptation. According to Deadline, Derek has joined the cast of Hairspray Live! as Corny Collins, the host of a Baltimore-based dancing show. Corny was portrayed by James Marsden in the 2007 film, and seems like the perfect role for Derek as the fictional Corny Collins Show should definitely evoke some Dancing With The Stars vibes. Derek's casting adds to a cast that already includes Martin Short (Wilbur), Jennifer Hudson (Motormouth Maybelle) and Harvey Fierstein (Edna). But really, I'm most excited to see what the uber-talented Derek can do now that he's tasked with a musical theater role — here's hoping that the live musical really steps up Corny Collins' choreography.

Much like Julianne, who moved from Dancing With The Stars to dance-heavy roles, Derek's new TV role is an excellent transition into film and television work. A part in a TV musical can help Derek more easily bridge the gap from dancer to bonafide actor, and here's hoping his sister can show him exactly how that's done.