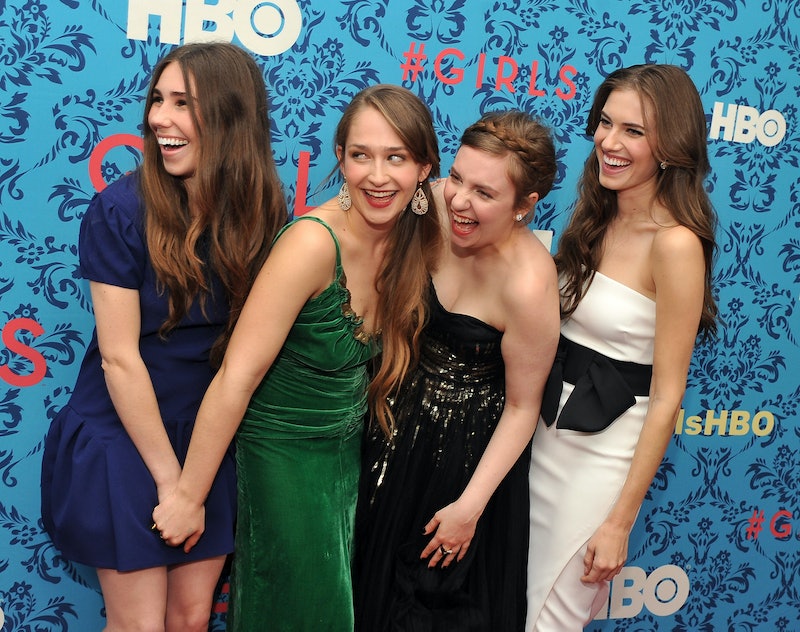 I had some epic schadenfreude watching Sunday night's episode of Girls. Season 3, Episode 7 (of 12), "Beach House," finally reached a delicious, long-awaited crescendo of arguments; you know, that nasty, biting brand of girl fighting that was conspicuously absent from the show so far. I think the blowout in "Beach House" could (gasp) save the show.

Here's why: several events have happened this season with no real character changes, and the girls' lives have been more and more disparate. Hannah has been wrapped up in her self-righteous artistic meltdowns; Marnie is mourning the loss of her grilled-pizza partner (we all are); Shoshanna has been sexually walkabouting; and Jessa, back from rehab, is peddling expensive children's clothing to wealthy Manhattan mommies. Altogether it's been a highly unrealistic season, and "Beach House" was another episode that drifted from reality. Tensions have been building and building and it's stressful.

But "Beach House" also had a release: the Fight, spurred by Shosh's drunkenness in which she very cruelly but very accurately calls out her friends' flaws. To Hannah: "I wanted to fall asleep in my own vomit all day listening to you talk about how you bruise more easily than other people." Shoshanna is our surrogate here: FINALLY, we think, the truth is out.

A fight was what was missing from the show — the four struggling girls had started to "pretend" to be supportive in a way that is really not supportive at all, where they all talked shit behind each other's backs (remember when Hannah has the dinner party and tells Adam she doesn't really want to see her friends, either?) Girls started as a show about female friendships at an age where everything is in flux, when support from your ladies is crucial to staying afloat. Season 3, though, has seemed more like an exercise in ridiculous self-centeredness in each of the girls, and they were finally brought back together by something genuine — an argument. "Beach House," for all it's ridiculousness, was a big step forward: it feels like the show can move on now that these four girls have been genuine with each other.

There's the calm before the storm, the storm, and then the cleanup. Girls took this literally in the final scene in which Hannah, Shoshanna and Jessa help Marnie clean up what is left of her sad, Grown-Ups Weekending on the Shore fantasy. There are 5 episodes to come in this season, and hopefully the fight will bring the show back to a place where the characters develop and help each other grow, instead of just letting tensions simmer with no movement. It hasn't been exactly a day at the beach for the girls this season, but the fight might just propel them forward and help them clean up their messes.