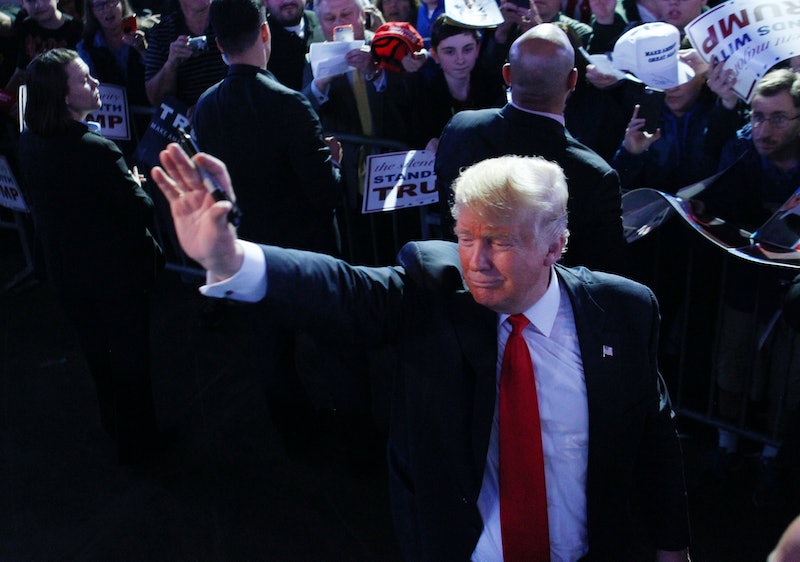 The presidential primaries are nearly through, with just 10 remaining Republican contests and 14 Democratic primaries and caucuses. The events in May and June will certainly fly by, just as the rest have come and gone since they kicked off on Feb. 1. But with all the wins and losses, delegates and superdelegates, and cries of voter disenfranchisement along the way, some are asking: Are the presidential elections rigged?

According to a new Reuters/Ipsos poll from April 26, around 47 percent of Americans believe that the presidential nominating process is rigged. Of those remaining, around 24 percent disagreed, and the remaining 29 or so percent were unsure. Tony Brasunas of The Huffington Post recently suggested that the Democratic contests have been rigged against Vermont Sen. Bernie Sanders from the start, pointing to the Democratic National Committee purposely pushing off debates with former Sec. of State Hillary Clinton, their early allocation of superdelegates ahead of the July convention, and their large campaign contributions to Clinton.

Brasunas also said that part of the rigged election process can be attributed to the many closed primaries and changes in voter rules that require identification at the polls. Both of those posed a problem in New York, where independent voters were unable to vote, and North Carolina, where thousands were unable to vote due to the state's voter ID laws.

Sanders is not the only candidate who has prompted individuals to question the presidential primary process. Current GOP frontrunner Donald Trump made similar accusations. Though he keeps winning primaries, many of his delegates are loyal to Texas Sen. Ted Cruz. Trump has referred to these delegates as "double agents."

Similar things have happened with Bernie Sanders multiple times during the primaries thus far. Perhaps the best example is in Wyoming on April 9. After winning the state by 12 points, Sanders took just half of the 14 pledged delegates, while Clinton took all four of Wyoming's superdelegates. MSNBC's Joe Scarborough of Morning Joe had a lot to say about the results, calling the election rigged on the Democratic side and asking, "What do you call it when voters going to the voting booth doesn't matter?"

Well, half of Americans seem to agree with that statement, as Clinton has consistently picked up more superdelegates than Sanders, even in state's where he won, and even before the results were in. On the Republican side, delegates who have been bound to Trump in the primaries so far won't have to vote for him in the case of a contested Republican convention in July. It seems that if the delegate allocation keeps up in this way, both parties might be seeing contested conventions.