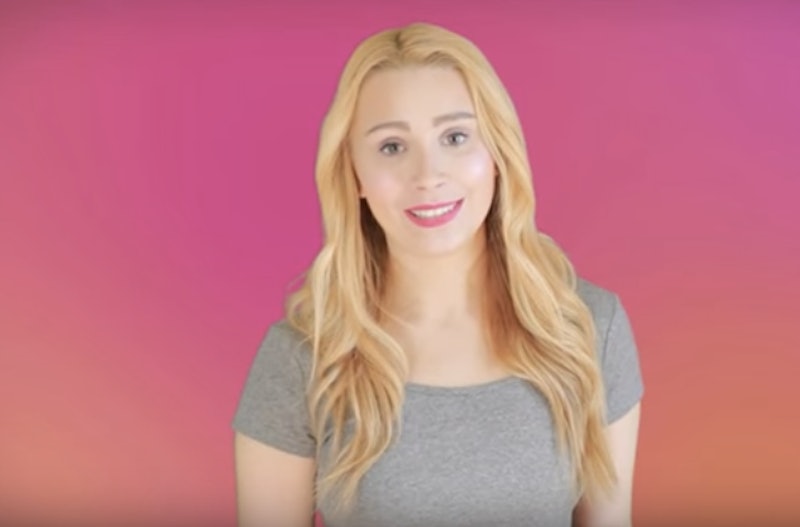 The topic of vocal fry has been on the tip of the collective tongue (or technically the back of the throat) since receiving a rash of publicity in 2012. This speech trend popularized by the likes of Kim Kardashian has been widely criticized as a "linguistic disease," but Amanda Montell host of the web show “The Dirty Word” stands up to the naysayers explaining in her latest episode why ridiculing vocal fry is sexist.

For those of you who haven't heard of vocal fry before, this typically throaty drawl is also known as "valleyspeak." The Telegraph describes it as "the voice sounds creaky, with words such as "whatever" sounding more like "whateverrr"."

Louisiana State University researchers believe it is primarily being adopted by young women in an attempt to mimic the vocal patterns of celebrities the likes of Brittany Spears, Katy Perry, and the Kardashians. And this wouldn't be an issue, except that this guttural vibration at the end of words is often criticized for sounding “too casual,” "ditzy," or "unprofessional."

However, As The Telegraph points out, the women who adopt the quirk feel quite differently. They believe lower tone is more womanly and authoritative. The sound itself is physically produced by compressing the vocal chords, in order to minimize the air that is escaping making them vibrate very slowly and irregularly. This produces a distinctive sound that Montell describes as "like the death rattle from The Grudge." And it's been around for quite a while — but under a different name:

Montell points out that the technique is intrinsic to some foreign languages pronunciation and can change the meaning of certain words. Since young women are believed to be the trendsetters for language, the critical reaction to vocal fry may be stemming from a more insidious place. Montell points to a recent study by the University of Miami, which found that women speaking with vocal fry were viewed more negatively then men speaking with the same intonation. Researchers and media alike warned that vocal fry would limit a woman's employment opportunities.

Montell says that vocal fry only ruffles feathers because it "clashes with the way we think a woman should sound." The archaic opinion is that "Traditionally, we expect women to have high-pitched, composed, feminine voices" which are decidedly not casual... kinda like:

But it seems like this gender-bias may be purely due to age. Stanford linguist Penny Eckert did a study where she playing a recording of a female radio reporter with vocal fry for a group of 500 people. Those over the age of 40 thought the reporter didn't sound professional, while those under 40 thought she spoke with plenty of authority. Montell says this vocal fry push-back is essentially an old people problem. Millennials seem to be totally fine with people sounding more casual, and perhaps in the future we will not put so much pressure put on women to sound perfectly poised. All. The. Time.

To get the Millennial male take on vocal fry I did my own little study. While talking to my barista friend who is in his early 30s, I spoke both with vocal fry and without. His response was overall positive — he said that he actually liked it, in his opinion it sounded "cool" and more "feminine." But.. wait. I thought it was considered not feminine enough? Just goes to show how arbitrary, ridiculous, and pointless all the weird perceptions about vocal fry really are.