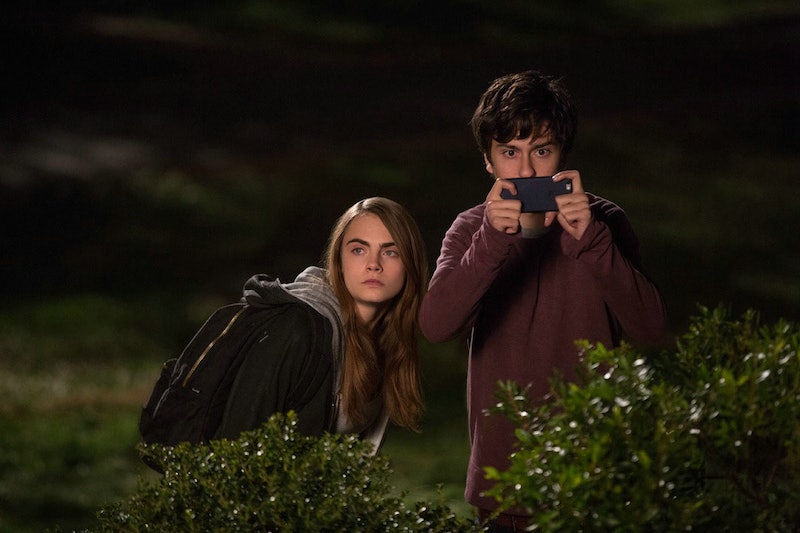 Young adult literature is notorious for having some seriously out-there character names. But there are plenty of baby names from YA for moms who aren't quite ready to go as far as Katniss. For every parent who is game to name their newborn America from Kiera Cass' Selection series, Peeta from The Hunger Games, or Reneesme from the Twilight series (and power to you!), there are plenty of awesome, unique YA character names that aren't as offbeat. And this is coming from a woman who is pro-unique YA names.

As of 2015, Katniss is the 376th most popular baby girl's name in the United States. And that's saying something considering prior to The Hunger Games, it was virtually 376 billionth on the list. That shows just how strong the power of YA fandom is. And with all the awesome YA novels on the shelves these days, you have plenty of kickass, lovable, unique characters to honor in name.

These 14 boy and girl (and gender-neutral) baby names from YA come from fantasy epics, contemporary realism, science fiction, graphic novels, memoirs in verse, and all genres of young adult lit. If you're not planning on being a mom yet, or at all, you can offer up one of these YA-inspired names to your sisters and best pals.

John Green's anti-manic pixie dream girl story Paper Towns uses the name Margo Roth Spiegelman like a mantra, like a prayer. Maybe Margo White doesn't have the same ring to it, but it's a vintage yet modern name that will stand out either way. Plus fellow '80s babies can never forget the Punky Brewster heritage, though spelled Margaux like a badass.

I might be biased but one of my BFFs just named her daughter Eleanor, calls her Ellie, and I'm convinced it's the cutest subtle YA shout-out name ever.

The Wrath & The Dawn by Renée Ahdieh

You can simultaneously name your daughter after a kick butt YA hero and arguably the greatest storyteller of all time, which is perfect for you book nerds.

All The Bright Places by Jennifer Niven

I put Jennifer Niven's YA teen's full name on here because, frankly, either Theo or Finch would make an awesome first name for your little guy.

Skip to 1:30 to see why Althea is always a good name to go with:

Jacqueline Woodson is such a wonderful, inspiring person to name your daughter after.

We Were Liars by E. Lockhart

Cadence "Cady" might be the star, but I'm partial to her cousin Mirren's name. You can give your little girl a YA name while throwing an homage to this queen:

An Ember In The Ashes series by Sabaa Tahir

I actually love both names in Sabaa Tahir's series: Laia and Elias. Let's just hope your kiddos have an easier life than these two do.

Scarlet(t) is the "in" name for YA ladies right now, so you can pick from so many different Scarlett namesakes: a badass Red Riding Hood homage, a high school private investigator, or a proud geek girl.

Ask The Passengers by A.S. King

Astrid has an imagination and a big heart and she's able to overcome her fears to be her authentic self, so why wouldn't you want all that for your daughter?

Simon vs. The Homo Sapiens Agenda by Becky Albertalli

Unless you were ostriching in the sand, you know how Simon captivated the world last year, and you can let his legacy live on.

OK so maybe she's a bit of a villain, but Adelina is a beautiful German name meaning "noble," so you can always remind people of the complex nature of heroes if they ever question.

Pay homage to the young woman who is taking the Marvel universe by storm. Maybe she won't have superpowers, but she will have a badass namesake.

Fun fact: Kaz means peacemaker, so you know that you're little kiddo will be able to make his own peace even in a world as insane as Ketterdam.