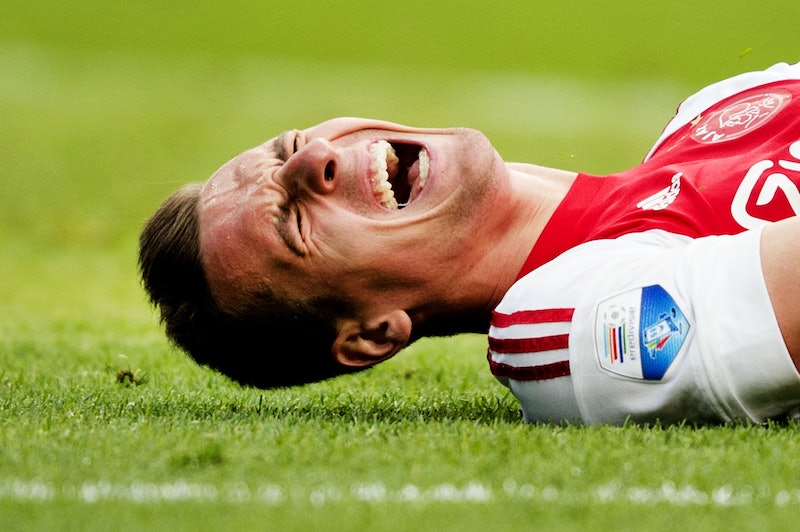 The next time your mother shakes her finger at you and says, "There is no need to swear," you can tell her that actually, swearing serves a lot of useful functions. For instance, swearing can help reduce physical pain — for real. There's actual research backing the fact. So as YouTube channel asapTHOUGHT lays out in a new video, turns out swearing is actually pretty handy — and not just for pain.

While you might not think of swearing as something that scientists would want to study, there's actually a lot of research on the topic. And not just because researchers have a secret desire to listen to people curse all the time. No, it turns out swearing is actually really interesting — which makes sense, given how many ways there are to curse and how creative people can get with it.

Surprisingly, swearing also involves a different portion of the brain than regular speech. It activates the amygdala, a part of the brain not usually involved in language processing of any sort — but that is associated with things like emotion, memory, and decision-making. It's why people with aphasia, aka an inability to speak due to brain damage or dementia, can still often retain their ability to swear.

So basically, the argument that there's nothing inherently different about curse words isn't entirely accurate. Sure, the particular words our society identifies as curse words might not be inherently "bad," per se, but there's a lot more to cursing than just forcefully saying some random syllables.

So here are just a few scientific takeaways about swearing from asapTHOUGHT's video; scroll down to watch the whole thing. It's surprisingly enlightening.

There's actually a lot of science to support this. Like, a lot. Even MythBusters looked into it, though I don't always think of MythBusters as science. There's even a fancy word for it: lalochezia. But interestingly, it seems that even though cursing is more effective at alleviating pain than not-cursing, doing it sparingly is more effective than just nonstop swearing. So if you really want to reduce pain, keep your curses to a minimum. Which also might keep your odds of offending someone lower, too.

2. Curse Words Derive From The Taboo

Most curse words in English are related to bodily functions, genitalia, or sex. Most French Canadian curse words derive from Catholicism. In other words, swear words usually involve something taboo, whether it's a topic you shouldn't talk about in public or referring to something sacred in a decidedly non-religious context. Just more evidence, I guess, that swear words aren't "just" words.

Maybe because it involves the taboo, swearing can also serve an important social function by reinforcing group bonding. Basically, if you're comfortable enough to swear around someone it must mean you're among friends. Or, you know, you're just an a-hole. This one can actually go either way, I guess.

To learn even more about swearing, check out the video.