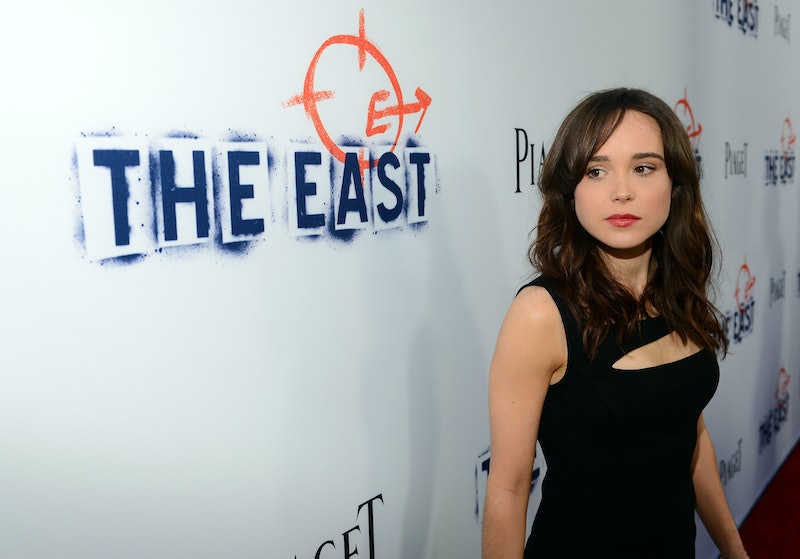 “I am tired of hiding,” Ellen Page said when she came out as a gay woman last week. Since then, those five words, and the entirety of her speech to THRIVE, have spread like wildfire, captivating both gay and straight people worldwide. Every news site has covered the story. Twitter has basically exploded. Page has become an instant hero — and with good reason.

But Page's announcement still begs one question for me: where are all the bisexuals?

Most likely, you had no idea that Anna Paquin, Drew Barrymore, Mike White, Meagan Fox, Billie Joe, and even Snooki (though she does admit to preferring male parts) all identify as bisexual. That's probably because they didn't have any epic coming-out speeches.

My partners knew; my friends and relatives, for the most part, did not. And I didn’t feel bad about it. I didn’t feel like it deserved a big speech, or a sit-down dinner with my parents. It was just how I felt.

Even as LGBT rights are at the forefront of the national conversation, bisexuality is still often regarded as the orientation for “easy” people who want to sleep with as many humans as possible, indiscriminately.

Here's what I know: For me, sexuality has never been a black and white matter. Growing up, I cannot remember ever explicitly identifying as straight, gay, or even bisexual. I’ve always felt that people are people, or rather, souls are souls — regardless of gender.

I never had that voice in my head saying, “You’re a girl, so you should like boys,” but I also didn’t have one saying, “You are attracted to boys and girls, and you should probably tell people that.”

My partners knew; my friends and relatives, for the most part, did not. And I didn’t feel bad about it. I didn’t feel like it deserved a big speech, or a sit-down dinner with my parents. It was just how I felt.

As I’ve gotten older, I've begun to wonder if this lack of self-admittance is dangerous and oppressive.

Just recently, my older brother said something to me about bisexuality. I'm paraphrasing, but the gist was, “I just don’t get it. Surely it’s just a transitional period for deciding which gender you are attracted to."

Terms like "bisexual erasure" and "bisexual invisibility" exist for a reason. Though public figures like Frida Khalo and Marlon Brando were more or less recognized as bisexual, they never exactly became spokespeople.

Then, in the 1970s, David Bowie became an icon for bisexuals worldwide. His celebrity status and the fact that he embraced his orientation so completely resonated with men and women alike. But by the time the '80s rolled around, Bowie told Rolling Stone that he was a “closet heterosexual” — a product of experimental times and an experimental mindset.

Of course, Bowie wasn’t the only one experimenting. How often do teenage girls make out with each other because they think it’ll make them look sexy to the boys? Bisexuality, more than any other sexual orientation, seems to leave a lot of room for people who are, in fact, looking to experiment.

But the way we tend to disregard all bisexuality as mere experimentation simply wouldn't fly for any other orientation (anymore). To overlook it as being illegitimate because of the people who do use it as a "transitional period" would be no different than turning around and disregarding being gay because, let's say, Lance Bass used to date Danielle Fishel.

Perhaps the reason bi celebrities may be reluctant to come out is that they fear it would hurt their careers in a way that being gay no longer does. Perhaps they fear their fans will wonder whether they are confused, promiscuous, or indecisive. That's what people wonder about non-celebrities, after all.

But bisexuals will never be accepted if we don't see more of them, and that's why we need bi celebrities to step up. Actress and musician Maria Bello's New York Times essay "Coming Out as a Modern Family" was a shining moment in which she details the process of telling her son that she is romantically involved with a woman. When Olympic diver and television personality Tom Daley told us he is "happier than ever" dating a guy in his December YouTube video, all our hearts were throbbing.

We need our Ellen Page moment, too.