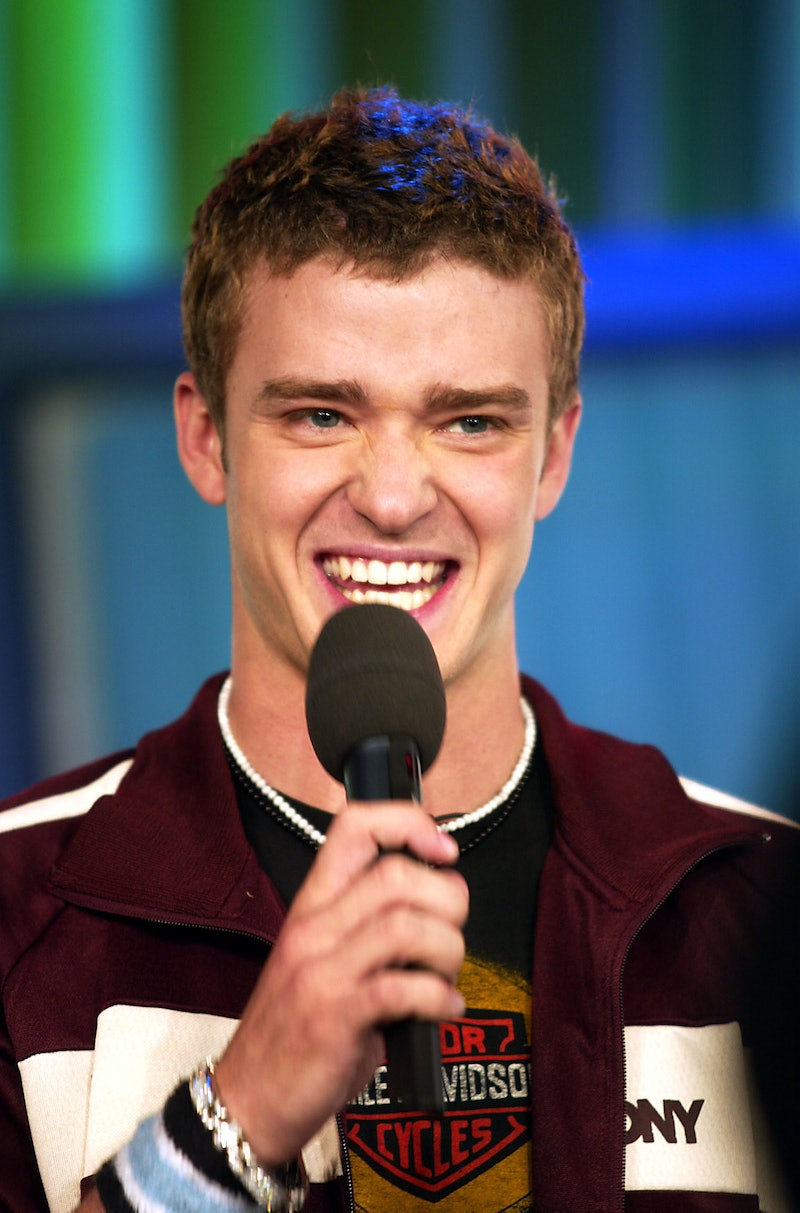 Once upon a time, April 30 was a pretty standard day in the calendar year. So were October 3 and April 25. Then the Internet happened, and a few truly imaginative and intelligent people decided to use their Photoshop skills to create things that they likely had no idea would turn into a pop culture phenomenon. One such creation joined innocuous lyrics to a popular *NSYNC song from 2000 to the last day in April, and things have never been the same since. Ladies and gentlemen, you know what I'm talking about: the infamous "It's Gonna Be May" Internet meme that is pretty much unavoidable as May nears. So unavoidable, in fact, that Justin Timberlake himself is aware of the meme.

Yep, after years of being a viral phenomenon, Timberlake kindly let the world know that he's in on the joke. Timberlake had never publicly commented on the meme's existence, which pokes fun at the way he sang "it's gonna be me" in his former boy band's massive hit single. And it's a work of beauty. I literally can't help but laugh when I see it, and I'd actually be sad if an April 30 passed without seeing this meme all over my social media feeds. And now we know that Timberlake is equally into it. He tweeted on April 29,

Finally, after all these years, he's addressing the ramen noodle haired elephant in the room. I mean, guys, seriously... even President Obama got in on the joke. On April 30, 2014, Obama posted a photo with the pop singer with the caption... you guessed it... "It's gonna be May." Solid joke, POTUS.

Of course, Timberlake received some pretty hilarious responses to his acknowledgment of what should be a national holiday. Here are some of the best responses to Timberlake's tweet.

Check Out That iCal

Not Everyone's Excited About It

Just Kidding - We're ALL Excited About It

And without further ado, the original meme to inspire world leaders and teenyboppers of the early 2000s alike... in all its glory...

And if that isn't enough to quell your hunger for all things meme-tastic on this eve of May, please listen the song that inspired a revolution:

More like this
Twitter Has *A Lot* To Say About Justin Timberlake’s Beat Ya Feet Dance
By Sam Ramsden
21 Funny Memes To Text Your Dad On Father's Day
By Chelsey Grasso, Syeda Khaula Saad and Siena Gagliano
Will Beyoncé Be At The BET Awards To Perform “Break My Soul” Or Attend The Show?
By Jake Viswanath
Winter 'Love Island' Is Officially Coming Back & Twitter Has Thoughts
By Sam Ramsden
Get Even More From Bustle — Sign Up For The Newsletter