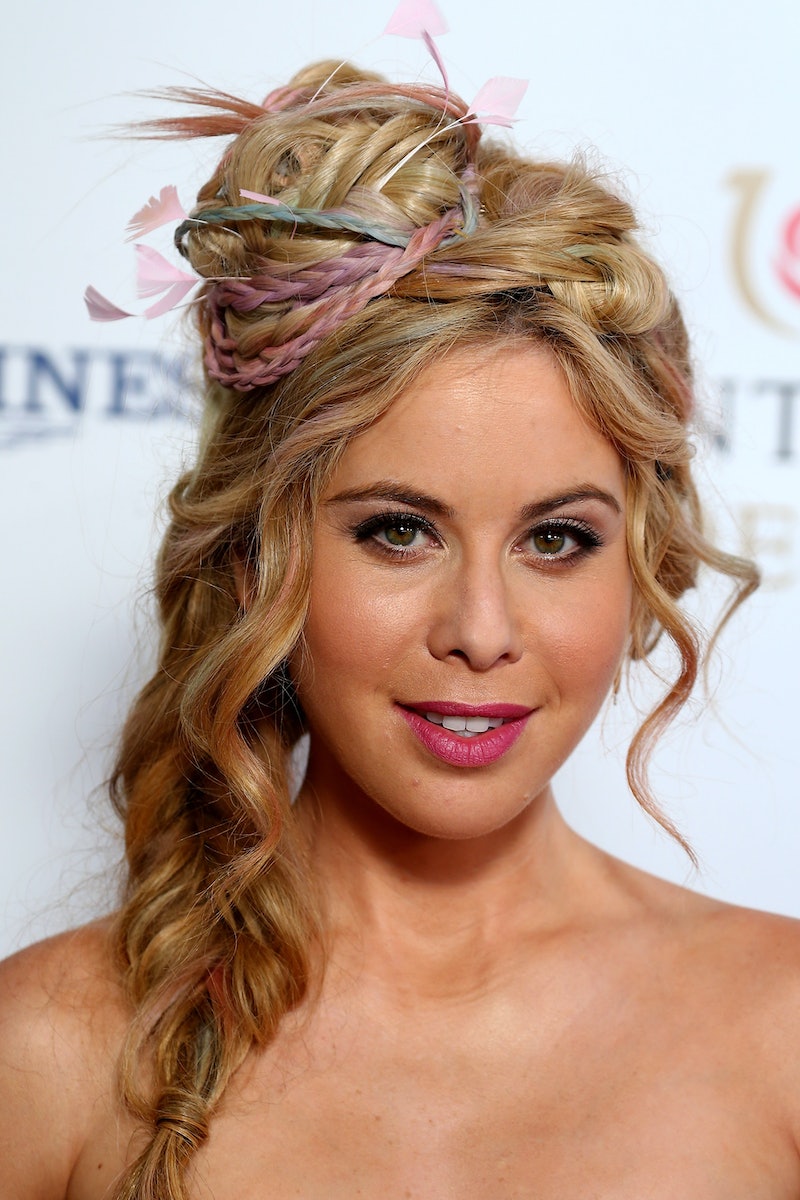 Many of my childhood heroes were Olympic gymnasts and ice skaters, among them legendary gold medalist Tara Lipinski, who at age 15 became the youngest ever gold medal winner in ladies' figure skating at the Olympics. That was 19 years ago, and these days Lipinski has taken on a new career: hosting sporting events. On Saturday, May 7, Lipinski hosting the Kentucky Derby along with fellow ice skater Johnny Weir for the third year in a row. But don't be surprised if you see another man join her on Derby Day, because Lipinski is engaged to her fiancé Todd Kapostasy, a features producer at Fox Sports.

Like Lipinski, Kapostasy has been involved in sports for a long time himself. According to Cleveland.com, he went to Brown, where he was a high-jumper on the track team, and his first job out of college was with ESPN, assisting on production of a little show called SportsCenter. He then left ESPN for Fox Sports when the network started in 2013, and since has won four Emmys for his work, including an in-depth piece about Yankees player Derek Jeter that he did for Fox Sports 1.

And I hate to talk dollars, but that sports TV money is no joke, because when Lipinski shared the news of her engagement, she also shared news of her enormous diamond ring. Also, there are a lot of cute photos of the two of them eating cake together on her Instagram, which I love.

Since Lipinski has hosted the Derby since 2014, the annual event is in good hands with the athlete, both for her knowledge in the sports field as well as her incredible Derby fashion. She has tons of experience with fancy, flashy duds — she is a former figure skater after all — and hopefully, she'll get fiancé Kapostasy to wear a great hat, too.

More like this
Prince William Reveals Charlotte's Hidden Talent In Ultimate Proud Dad Moment
By El Hunt
Howard Stern's Net Worth: Is He The Richest Man In Radio?
By Hugh McIntyre
9 Photos Of Margot Robbie & Ryan Gosling As Rollerblading Barbie & Ken
By Alyssa Lapid
Winona Ryder’s Impact On The Set Of 'Stranger Things' Goes Beyond Just Her Acting
By Radhika Menon
Get Even More From Bustle — Sign Up For The Newsletter