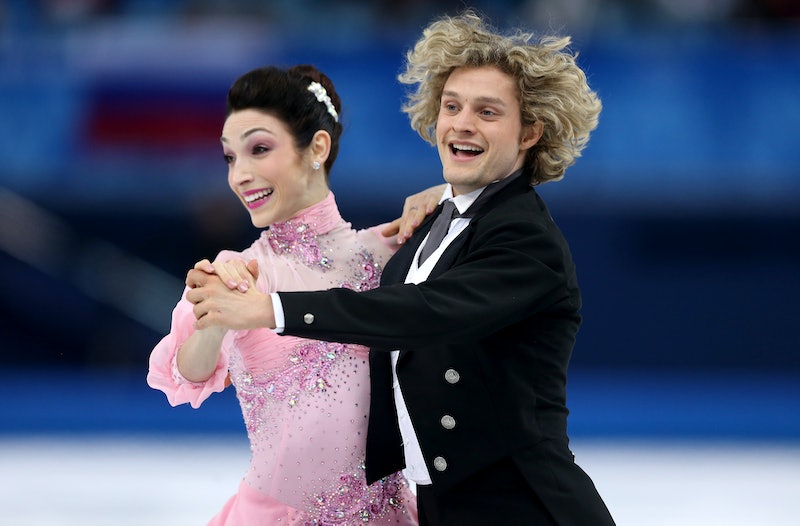 There's a good chance that the Olympics have introduced some new words into your vocabulary. There's the Yolo 1440 and slopestyle, but the best new word is ice dancing's twizzle. What is a twizzle, you ask? You've come to the right place.

If you've been watching the Olympics, you may have heard some pretty interesting commentary. Things that aren't apparent to the average viewer mean the world to Olympic announcers and in no event is this more clear than ice dancing. When I watch ice dancing, I see two people doing a waltz on skates and somehow not falling over. This is impressive enough on its own for me. For instance, last night I watched an Italian pair and hypothesized to my boyfriend that they would surely get a poor score because their arms were too flail-y. They immediately took first place. Ice dancing announcers understand the intricacies much better than I. When the routine is over and slow motion clips are show, that's when the true art of ice dancing can be seen. That's when the announcers applaud the competitors gigantic smiles, note that points will be deducted for missed steps, and draw our attention to the mysterious twizzle.

Although it sounds like the way Snoop Dogg would say twin ("Fo' shizzle. Last night I hit up the club with two twizzles."), the twizzle is a move that is common to ice dancing routines. A twizzle is a turn in which skaters rotate on one foot while still moving forward. In figure skating, skaters tend to do fast one-footed spins while remaining stationary. The twizzle is similar, but the skaters move forward while still spinning. Twizzles can be fast or slow, forward or backward. Obviously, the best thing about the twizzle is its name. It's amazing to heard announcers seriously considering the success of something called a twizzle.

Tonight is the final of the ice dancing competition, so if you tune it be sure to be on the lookout for twizzles. Simply hearing someone consider them highly important will make you happy.