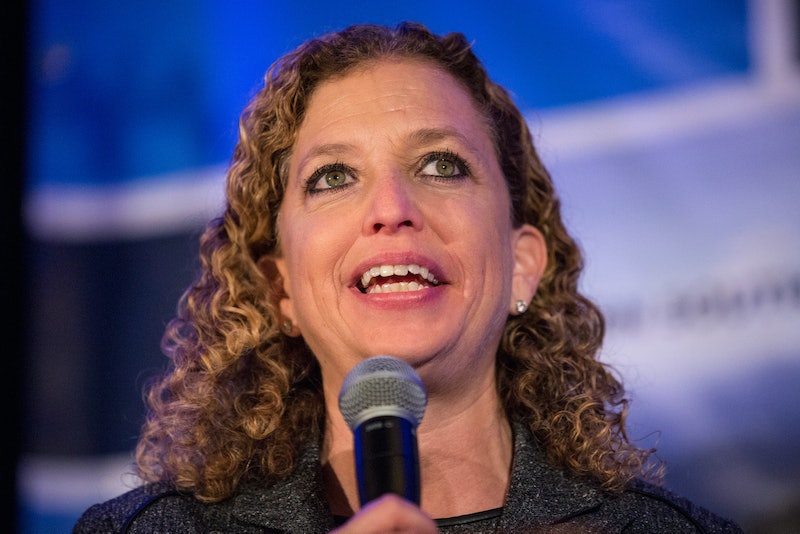 We're nearing the end of what seems like an endless Democratic primary. California will cast the last votes of the contest on June 7, and a month and a half later, Democrats will hold their national convention, and the general election will being. But why is the Democratic National Convention so important to begin with?

The biggest reason the convention matters is that it's when the party officially nominates its candidate for the 2016 election. These primary and caucus votes we've been following so intently don't actually have any effect on the nomination until the Democrats hold a vote to nominate a presidential candidate. They do — or, rather, the Democratic delegates do that — that at the convention.

The national convention is also where the party discusses, votes on and solidifies all of its official policy positions, also called "planks." Each plank addresses a certain area of policy, and collectively, they make up the Democratic Party's platform for the next four years. The platform isn't binding: Any individual Democratic candidate is free to "walk the plank" and deviate from one policy or another during their campaign. Still, the whole reason political parties exist is to advance a certain set of policies, and it's generally expected that most candidates in the Democratic Party will adopt most of the party's official positions.

It is the delegates who are responsible for constructing and voting on the party's platform at the convention. This means that when you vote in a primary or caucus, you're not just voting for a specific presidential candidate to receive the party's nomination. You're also voting for that candidate's general policy views to be incorporated into the party's platform (because the delegates who support a certain candidate also, presumably, support that candidate's policies).

This is exactly what Bernie Sanders has been focusing on lately, by the way. On Wednesday, he said that "If we do not win, we intend to win every delegate that we can, so that when we go to Philadelphia in July, we're going to have the votes to put together the strongest progressive agenda that any political party has ever seen." This means that he's going to put his delegates to work when the platform is being voted on, which could result in, say, a $15 dollar minimum wage becoming the official position of the Democratic Party.

The convention serves other purposes as well, including nominating a vice presidential candidate, crafting tentative delegate rules for the next election cycle, and elevating rising stars in the party to prominence (you'll recall that Barack Obama rose to national prominence by giving a strong speech at the 2004 Democratic convention). In general, though, the convention serves two main purposes: Nominating a candidate and affirming what policies the party stands for.