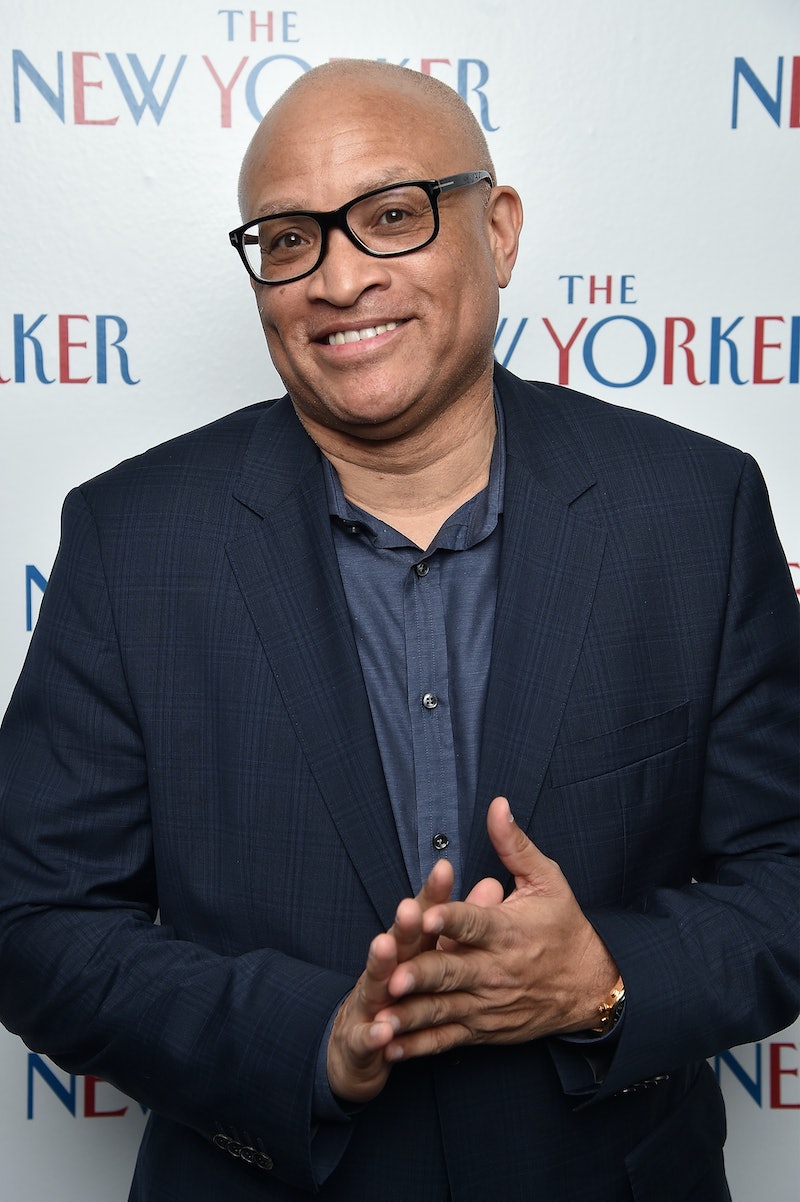 Comedian Larry Wilmore took his late-night act to dinner time as the featured entertainer at this year's White House Correspondents' Dinner on Saturday night. The Nightly Show host took the reigns of Washington, D.C.'s star-studded and hottest ticket event, which is also widely known as "Nerd Prom." And now you can laugh along with Larry Wilmore's best jokes from his White House Correspondents Dinner speech long after the event is over thanks to this roundup. He certainly made good on his promise to Vogue magazine that he would "keep it 100."

"It’s a night when people try to not take themselves too seriously, where you can zing everybody, including the president," Wilmore told the magazine. "That’s the approach that I’m taking: Everybody expects zingers, so I’ll zing." But aside from the jokes and the zingers, Wilmore said in the interview that he was honored to host this year's dinner because it's the final one of President Barack Obama's presidency. "There’s a huge historical importance to his presidency, and I thought the last year would have just an extra bit of significance," he told Vogue. "That’s the other thing: I’ve got to follow a really funny president. It’s very intimidating."

Check out the best of the best from Wilmore's speech below.

"It's not easy to follow the president. He's a funny guy. But stay in your lane, man. I don't go around pardoning turkeys, not closing Guantanamo."

President Obama definitely had a good speech tonight, as well.

"Your hair is so white that it tried to punch me at a Trump rally. It told me all lives matter."

"Speaking of drones, how is Wolf Blitzer still on television?"

"C-SPAN is No. 1 among viewers who died watching TV and no one's found them yet. Thank God I'm not on your rival network, 'No input HDMI-1."

"Fox News actually tried to convince America that Beyoncé is anti-cop after her Black Panther-inspired performance at the Super Bowl. Anti-cop? Come on. At most, she's anti-pants. At most, Beyonce is anti-pants."

Wilmore joked about Bey and Lemonade, proving that even the White House Correspondents' Dinner cares about "Becky With The Good Hair."

"Chris Christie was supposed to be here tonight. He RSVP'd for three: Himself, his wife, and Donald Trump's dry cleaning."

"Bernie's so old his first campaign slogan was 'Fire!'"

Of course, a Bernie-Sanders-is-old joke.

"Senator Sanders had a hernia recently. The doctors said it was because he tried to uplift the hopes of the disenfranchised."

"Hilary Clinton was frustrated when a Black Lives Matter protester challenged her. I haven't seen a white person be that blind-sided by a black person since Kelly Ripa."

Topical, considering the Live! controversy these past few weeks.

Also very topical and an interesting way to address the current trans-bathroom laws.

"I'm not surprised Donald Trump is happening to America, because I watch movies. Every time there’s a black president, something always comes to destroy the Earth."

You be the judge.

"After eight years in the White House, when it's all said and done, we are really going to miss Michelle [Obama]."