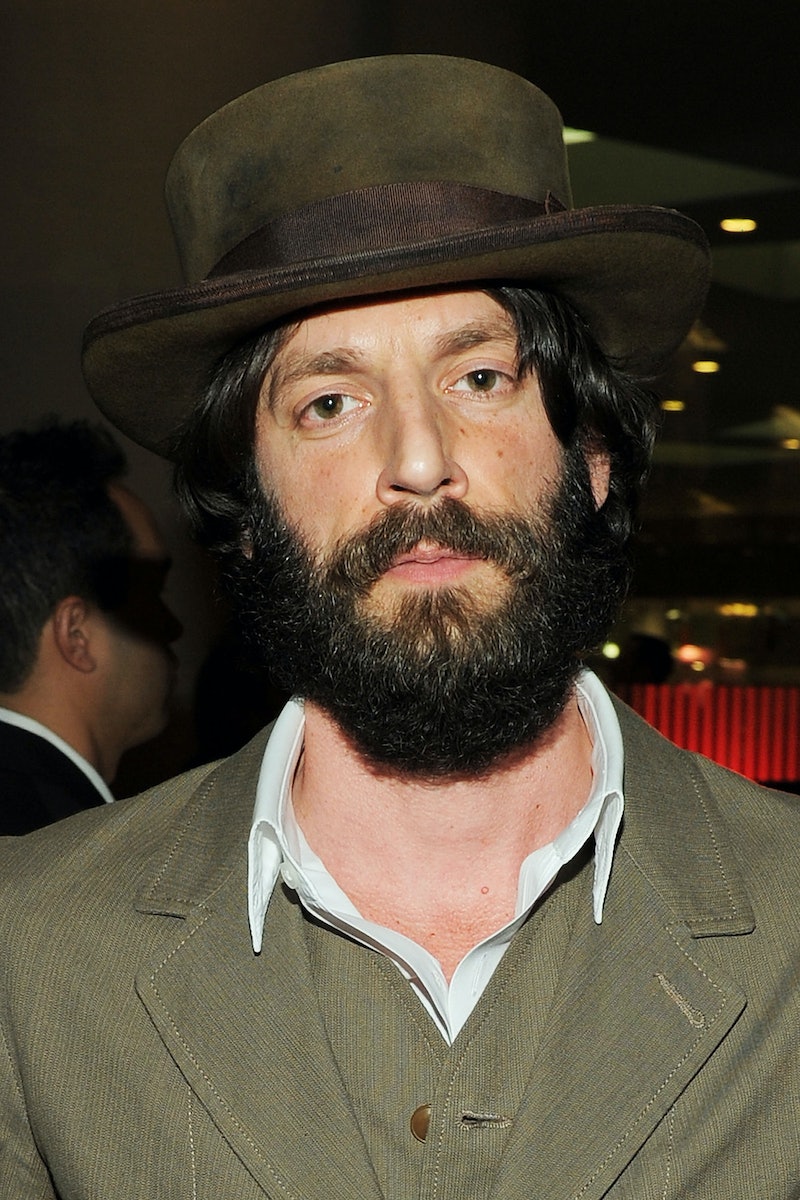 It may just be because I have a thing for moody mountain men types, but the union of Ray LaMontagne and The Black Keys' Dan Auerbach for the former's latest record has rendered basically useless for the remainder of the day. With Supernova — LaMontagne's latest album, a follow-up to his Grammy winning 2010 collection God Willin' & The Creek Don't Rise, due out in May — the duo take insecurity and melancholy and force it to reconsider its place in the musical equation. And, aside from an unrelenting "awww!"ness that occurs whenever a grown-ass man talks about feeling insecure — what is wrong with me, I find this so attractive? — the duo's previous musical endeavors prove that this new Ray LaMongane and Dan Auerbach collaboration will be one for the Match Made in Heaven books.

Though we've yet to listen to the album — not all of us are Rolling Stone, of course — it does seem that boy men's signature stylings were met and married with exciting outcomes. "There are spooky backup choruses, organs and swampy riffs on 'Drive in Movies,' which features a Sixties Brit-pop melody (the track is about LaMontagne's teenage years in Nebraska)," explained writer Patrick Doyle, whose personal favorite on the record, "Pick Up a Gun" is, "a psychedelic acoustic heartbreak waltz with four key changes." Um, I don't know about you all but that sounds pretty damn delicious to me.

Not to mention the crooner is almost always relatable in his emotional origins. LaMontagne is a notably insecure person — notable in that it's what most of his songs were/are about. "I was in a really bad place," he explained to Rolling Stone. "I only knew how to use one form of fuel, which is, 'Nobody likes me,' 'I'm not good enough,' 'People don't like what I'm doing.' Not to be dramatic, but it was killing me. It was making me deeply, deeply unhappy."

And in some ways, LaMontagne is right: he's at his most beautiful when he's dealing with the emotional ramifications of his own self-worth — or lack thereof. Case in point: the beautiful melancholy found in his 2006 tune, "You Can Bring Me Flowers," which also showcases the singer's ability to meld folk rootiness with unexpectedly brilliant aplomb (in this case, R&B).

Those sort of inflections are regular occurrences in Auerbach's work, whose introspective and beautifully simplistic lyrical and melodious workings feel like LaMontagne bedfellows. Like in Auerbach's tune "When The Night Comes" from his 2009 self-produced solo record, Keep It Hid.

But as a producer, Auerbach favors risk-taking to simplicity — resulting in delightfully hooky and playful fun when juxtaposed to lyrical and musical simplicity. Hanni El Khatib's 2013 single "Penny" illustrates this perfectly.

The playfulness of "Penny" feels like the exact sea change LaMontagne speaks to in regards to the Auerbach/LaMontagne collaboration. "There was a playfulness to the songs, they were just really fun to write. That's different for me." Holy big mountain cats, you guys: we're anticipating the shit out of this most blessed of musical unions.