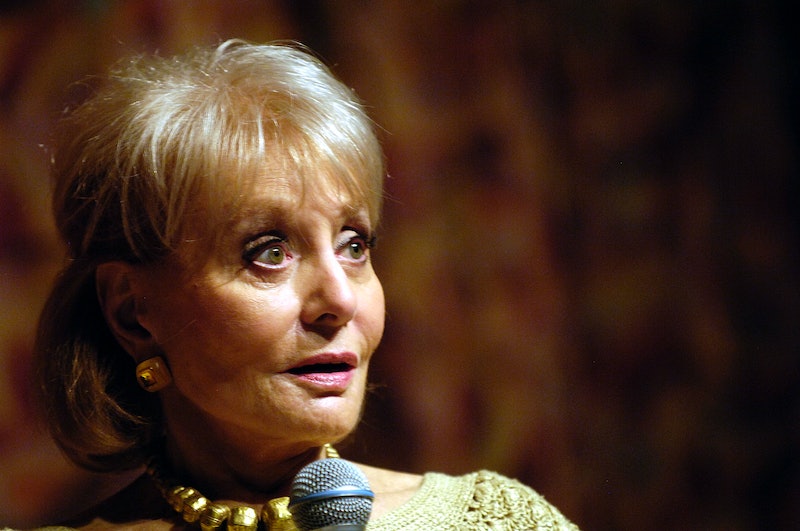 "Do you have more self-confidence, and more self-love?" McCarthy asked Walters of growing older.

But while we wouldn't be surprised if Jenny McCarthy told the world she owned a "selfie," it came as a shock to many to learn that journalism vet Walters has her own self-love device. The host is 84 years old, and inches closer to retirement every day. She is also known to be one of the more conservative hosts, unlike younger McCarthy or comedian-turned-actress Whoopi Goldberg. So we gotta give the lady props, for breaking through the barrier of her professional stereotype, and all those ageists out there. You remember 83-year-old sexpert Sue Johanson, don't you?

Watch Walters discuss her "selfie" below: