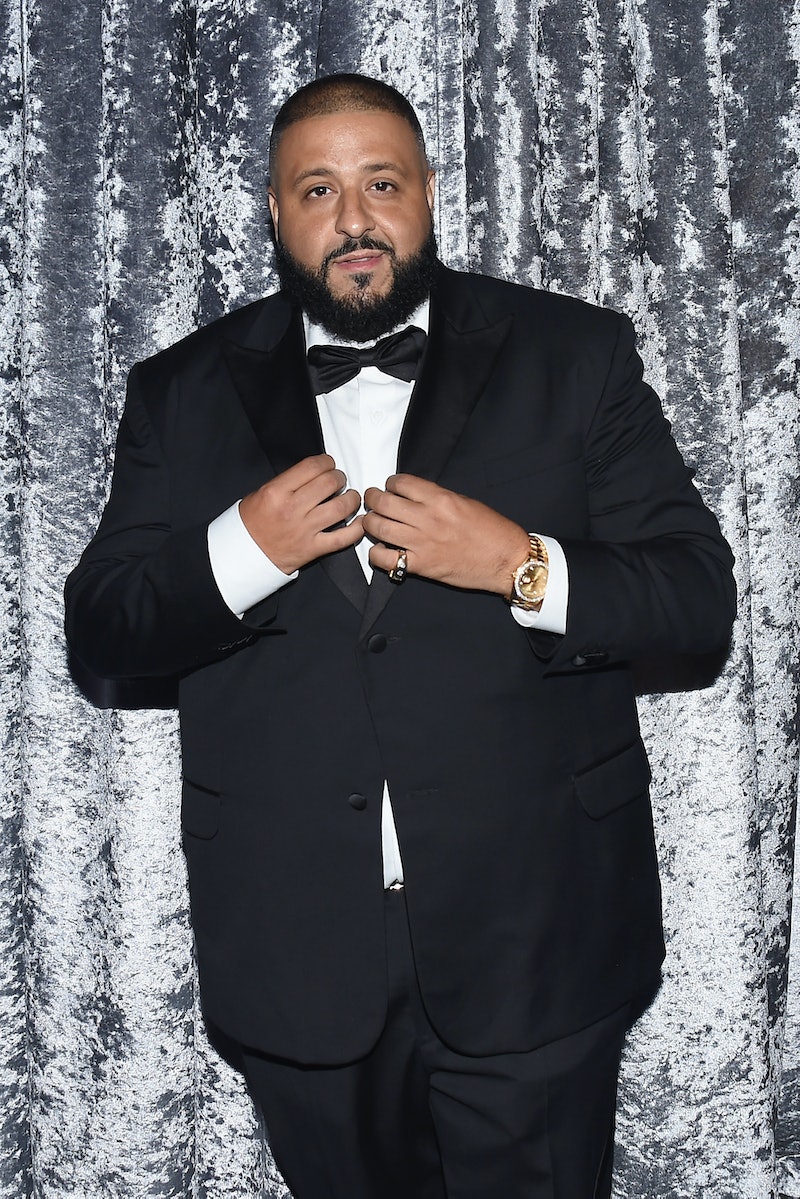 Guests who received coveted invites to the 2016 White House Correspondents' Dinner have begun to arrive on the red carpet, and everyone from our favorite politicians to pop culture icons are on hand for the festivities. If there's one table I'd like a seat at, it's The Huffington Post's — the outlet's attendees are primarily social media bigwigs and stars, but DJ Khaled is at the White House Correspondents' Dinner with the outlet and one person who's super excited to sit at the table with him is Bill Nye the Science Guy.

The record producer and DJ has been no stranger to DC in recent weeks. On April 15, TIME reported that Khaled and other hip hop stars like Nicki Minaj, Ludacris, and Chance the Rapper met with President Obama at The White House to discuss criminal justice reform and the My Brother’s Keeper Initiative. All attendees were there due to their commitment to empowering underprivileged young people all over the country, an issue that is also important to President Obama.

Judging by his social media feed, Khaled is thrilled to be back in DC for the second time this month — and the people at his table can't wait to spend time with him this evening.

You know you're kind of a big deal when Bill Nye is beyond excited to meet you.

In case you were wondering what he was doing leading up to the event, here's an inside look at Khaled pre-festivities:

And, he's pretty happy to be Arianna Huffington's date for the evening — the two have officially arrived on the red carpet.

Now, let's just keep our fingers crossed that he and Nye keep those social media posts coming this evening — I'm dying to know what they're going to chat about. (Besides science, of course.)

More like this
Here’s How Lizzo Is Supporting Abortion Rights After The Roe v. Wade Reversal
By Brad Witter
Eurovision 2023 *Might* Be Held In The UK
By Sam Ramsden and Rachel Mantock
Sadie Sink Would Escape Vecna From 'Stranger Things' With This Taylor Swift Song
By Grace Wehniainen
Zooey Deschanel Can't Be Anyone But Herself
By Samantha Leach
Get Even More From Bustle — Sign Up For The Newsletter