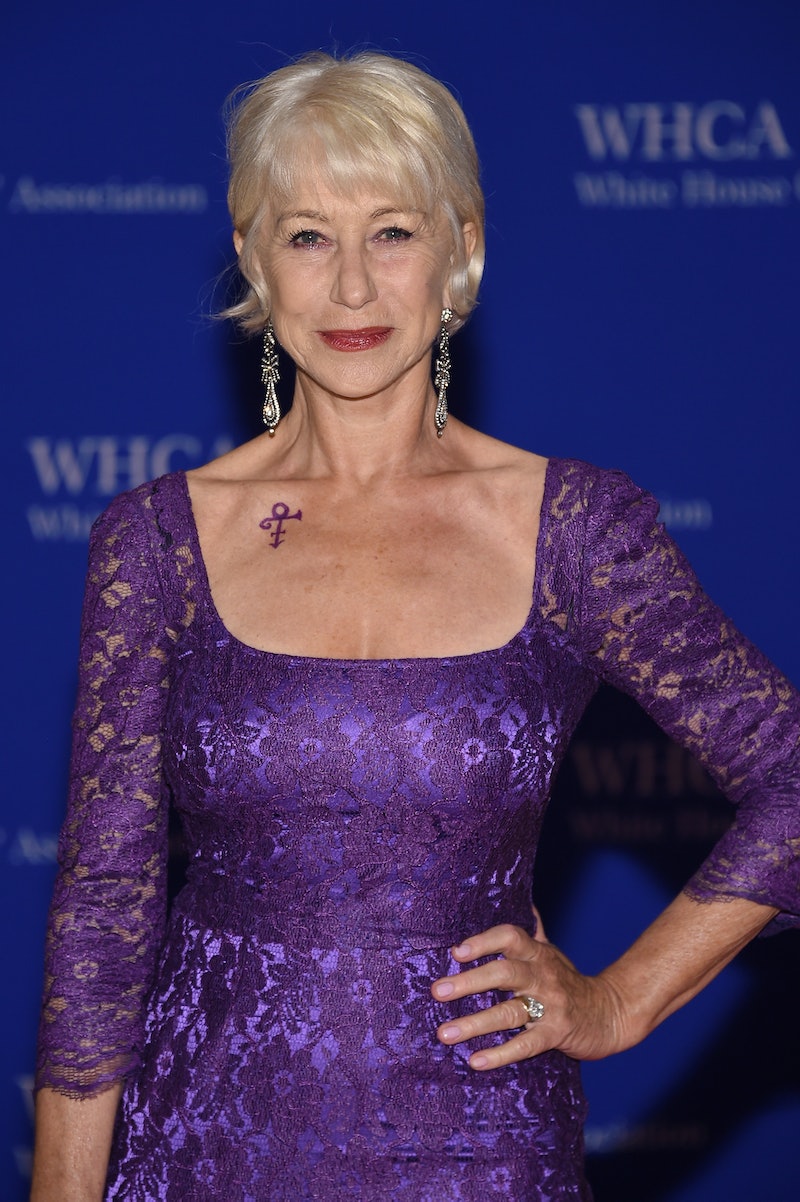 It's been less than two weeks since Prince died on April 21, and people are still reeling from the musical legend's unexpected death. Everyone from his fans to celebrities who admired him have spent the days since remembering his talent and his legacy, and as it turns out, the red carpet isn't a bad place to start — especially when the event is taking place in Washington, D.C. Helen Mirren paid tribute to Prince at the 2016 White House Correspondents' Dinner by wearing a purple dress and a tattoo of Prince's signature symbol, and even though it's definitely a great way to memorialize him, it's not the first time the star has used the red carpet to make a statement.

At last year's Golden Globe Awards, Mirren held up a "Je suis Charlie" sign after the shooting at the Charlie Hebdo offices in France. She also wore a pen pinned to her red dress that was meant to symbolize free speech, reminding everyone of how important it is not to let the attack stop us from fighting to protect that right. And now that she's choosing to honor Prince in a similar way, it definitely seems like it's becoming a pattern for her to use all those cameras for good.

It's official: Mirren is now awesome for way too many reasons to list. I can't wait to see what statements she makes on future red carpets. Hopefully, she keeps using her power for good.