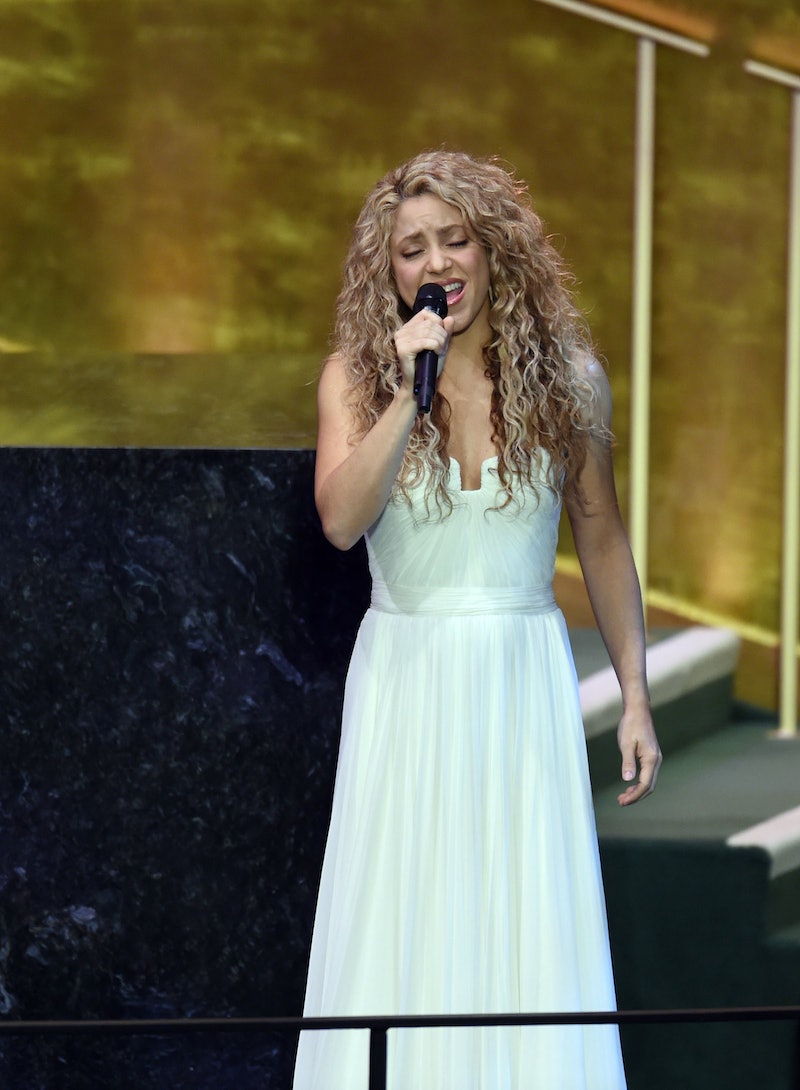 TIMOTHY A. CLARY/AFP/Getty Images
By Jordana Lipsitz
May 1, 2016

These days, you probably spend far too much time dealing with adult matters, whether it's figuring out your taxes or paying off your bills. Yet for a moment, let's all take a step back and think about something a bit more light-hearted — namely, what it was like to go to a middle school summer party. Those occasions were filled with awkward chatter, silly dance moves, and sometimes questionable lyrics to the year's most popular tracks. Because if there's one thing that defines everyone's middle school parties during school break, it's music, and these 21 songs are ones you definitely heard at every middle school summer party.

Those parties might seem like a long, long time ago, but the memories are crystal-clear. Remember what it was like to spend the summer months hanging with your friends, celebrating the end of school? The parties you went to were likely filled with all the songs you couldn't listen to with parents around, and saw dozens of seventh graders running wild and dancing to the hit music. It was a good time for all, and the songs below will remind you of exactly what it was like to jam out to the coolest songs of the middle school season.

Woah, this song is about S-E-X. Who knew? Somehow, middle school me didn't pick up on the track's mature themes.

Nothing made a summer party complete like some angsty Avril tracks.

Nowadays, Creed gets some hate, but when we were youngsters, admit it — we all kinda liked it. Can you take meeeeeee higherrrrr?

Remember the early days of Bey and Jay? Their love seemed so perfect, and this song was the great unifier that brought their fans all together.

At a certain point in the night of every middle school party, it became necessary to bring the mood down and chill out a little bit. Coldplay was there for this, with "Yellow."

Thanks to Shakira for dropping this gem on me and my fellow pre-teens right at a time when we were all getting used to our weird new pubescent bodies. Suddenly, middle school parties became a whole different ballgame.

At the end of the night, you could expect everybody to stand around rapping together to this song. I still have the whole thing memorized.

In which Stefani taught us all a lesson we'd never forget.

Some middle school summer parties would have a DJ, and that DJ would inevitably play this song and everyone would try to slow dance to it. It was always a disaster.

I can't be the only one who tried to take this song on at a middle school party with karoake, right?

Sure this song was a stape at middle school parties, but it has since been a must-hear at every party ever. Nostalgia is a weird and beautiful thing, guys.

14."Pocketful of Sunshine" By Natasha Bedingfield

Maybe Tiffany was wearing the same outfit as you from Limited Too or maybe Dougie didn't want to hold your hand even though he was your date to the party, but whatever happened, this song would totally calm you down as you deep-breathed in the bathroom.

This song is still the best way to get a party started.

Nothing like a bunch of pre-teens singing along to an R-rated song without totally getting what it all means.

Sure, this song came out in January 2004, but it was the jam for years to come.

This song was what I listened to before I went out to a middle school party to pump myself up. If it happened to also play at the party, it was icing on the cake.

There was a time when we all loved this song (and hey, I still love it).

Upon review, this song is pretty vindictive. But when I was a young middle schooler eating cake at a party, I just thought it was sweet.

Even if you didn't like Eminem, you pretended to around all your friends at Jimmy's skating rink birthday party when everyone screamed with glee and hit the floor for an invigorating "Lose Yourself"-themed skate around the rink.

I'm not going to say that I miss middle school parties, because there's a type of awkwardness going on in those situations of which I'm perfectly happy to no longer have in my life. But I do miss the joy my crew and I felt when certain songs played at those events all those years ago — but hey, that's what today's nostalgia-themed parties are for.