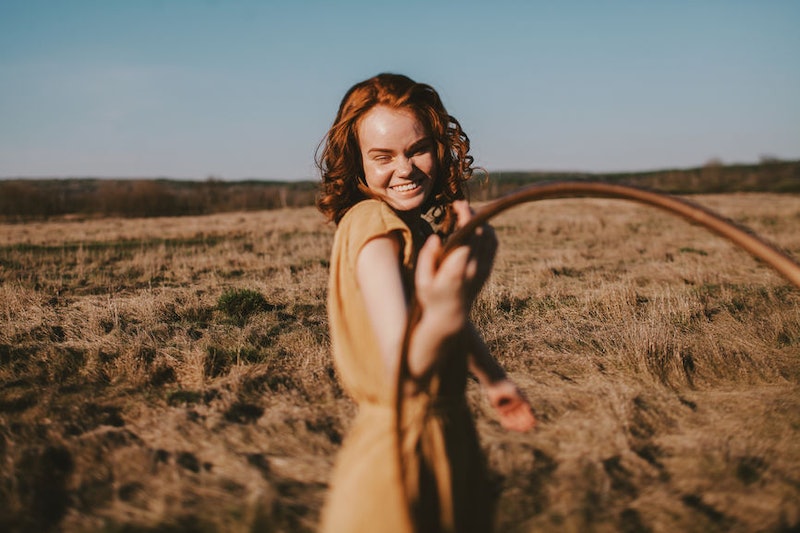 Sergey Filimonov/Stocksy
By Eliza Castile
May 1, 2016

At last, science has answered the question of the ages: Do redheads look younger? Well, perhaps it's not quite the kind of question that keeps you up at night, but science has answered it all the same — and if you're a natural redhead, it's fabulous news. Redheads may endure schoolyard bullying as children and find themselves the butt of endless jokes in pop culture, but there's a silver lining. According to research published in Current Biology , people with the MC1R gene, aka the gene that produces red hair and fair skin, tend to look several years younger than their non-ginger counterparts.

According to the Telegraph, researchers at Erasumus University in the Netherlands analyzed the perceived age of more than 2,600 adults by feeding pictures of their faces and profiles into an algorithm, which estimated their age based on their appearance. Unsurprisingly, wrinkles were strongly associated with perceived age, but characteristics like liver spots and face shape affected the appearance of age as well. Interestingly enough, the study also found that men tended to look slightly younger than their chronological age and women slightly older. However, after controlling for factors like age, sex, and wrinkles, researchers found that people with a certain variation of the MC1R gene looked an average of two years younger.

Sun damage has previously been shown to speed up the aging process, but researchers wrote that there was "little evidence that sun exposure was the main route through which MC1R gene variants were associating with perceived age." Rather, they pointed to the gene's role in inhibiting inflammation, although MC1R also plays a role in removing DNA damage caused by UV light.

In a culture that prizes youthfulness, it's easy to see why this would be exciting news for cosmetic reasons. However, it's important to note that how old you appear to others has been shown to be a potentially useful measure of aging and mortality, and age discrimination can have detrimental effects on older adults, especially in women. On the other hand, perception of your own age — how old you feel, as opposed to how old you look to others — is equally important: Research has shown that people who feel younger than their chronological age tend to live significantly longer than those who felt their age.

So gingers, rejoice! Chances are you look younger than your friends, and hopefully that makes you feel younger, too. It's a win-win.

More like this
4 Zodiac Signs Most Likely To Be “That Girl”
By Kristine Fellizar
How To Master Baby Braids, According To TikTok
By Tomi Otekunrin
Coco & Eve’s Just Launched Its First Ever Leave-In Conditioner
By Tomi Otekunrin
Simone Ashley’s Met Gala Look Was Fierce AF
By Tomi Otekunrin
Get Even More From Bustle — Sign Up For The Newsletter