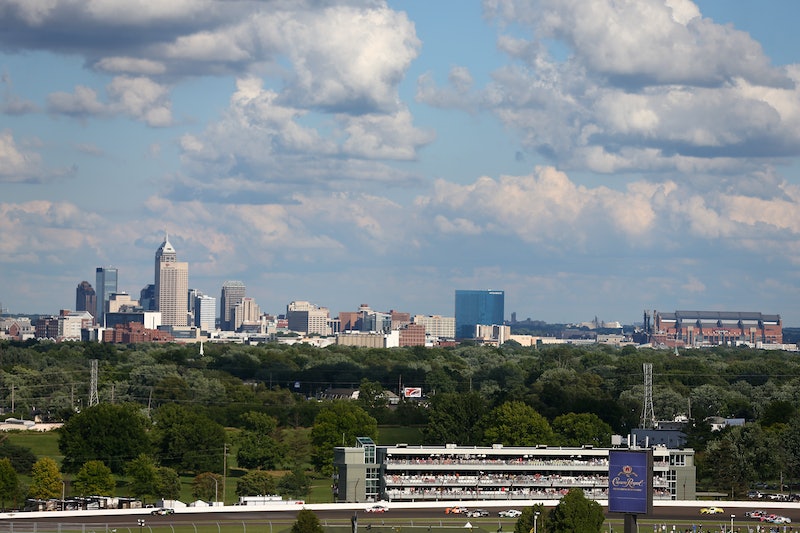 The U.S. is about to have another important election on its hands Tuesday, and the presidential candidates will head back to the Midwest in the hopes of winning the Indiana primary. In the midst of allegations of voter suppression and backlash from the closed primary system in New York, the next election should be a nice change of pace. Indiana has an open primary system that allows any registered voter to cast a ballot in the Republican or Democratic primary, regardless of party affiliation.

That's a good thing for the state's unaffiliated and third-party voters, as well as for the candidates. Indiana had the lowest voter turnout of any state in the 2014 election, with only 28 percent of eligible voters showing up to cast their ballots, and for those dedicated few who are serious about their civic engagement, their party affiliation won't stop them from voting in the primary. The turnout this year should be significantly higher, since this is such a contested election and the candidates are going to need every vote they can to try to accomplish their goals.

The Indiana primary has become unexpectedly pivotal in this races for both parties' presidential nominations. Frontrunners Donald Trump and Hillary Clinton are hoping to continue their winning streaks and mathematically eliminate their opponents, while the underdogs are fighting to keep their bids alive. Ted Cruz and John Kasich formed an ill-conceived alliance to keep the state's 57 delegates out of Trump's hands, but it fell apart almost as soon as it started. However, the Republican race in the Hoosier State might have been locked down anyway. Basketball legend and Indiana hero Bobby Knight endorsed Trump, and his word is law for diehard Hoosiers. The primary is winner-take-all statewide and by district and Trump has the lead right now, so unless Cruz or Kasich can pull off a win in some of the state's nine districts, Trump is likely to sweep this contest.

In the Democratic race, things aren't looking good for Bernie Sanders. Clinton is decisively ahead in the polls, albeit by a small margin, so they could split the 83 pledged delegates pretty evenly according to the state's proportional primary. However, that simply isn't enough for Sanders, whose once-promising outsider challenge to Clinton's establishment-backed bid is faltering in the lead-up to the Democratic National Convention in July. Sanders needs to win over 80 percent of the remaining pledged delegates in the handful of states that still have primaries in order to clinch the nomination, and close margins can't cut it for him anymore. Sanders has promised to keep campaigning all the way through to the convention, but unless he pulls off a miracle sweep in Indiana, his hope for the nomination is most likely down for the count.

The Indiana primary could cause a de facto nomination, so you won't want to miss the results as they come out. Follow along with USA Today's live coverage map to watch the results in real time, and if you live in Indiana, make sure you vote in this pivotal primary.