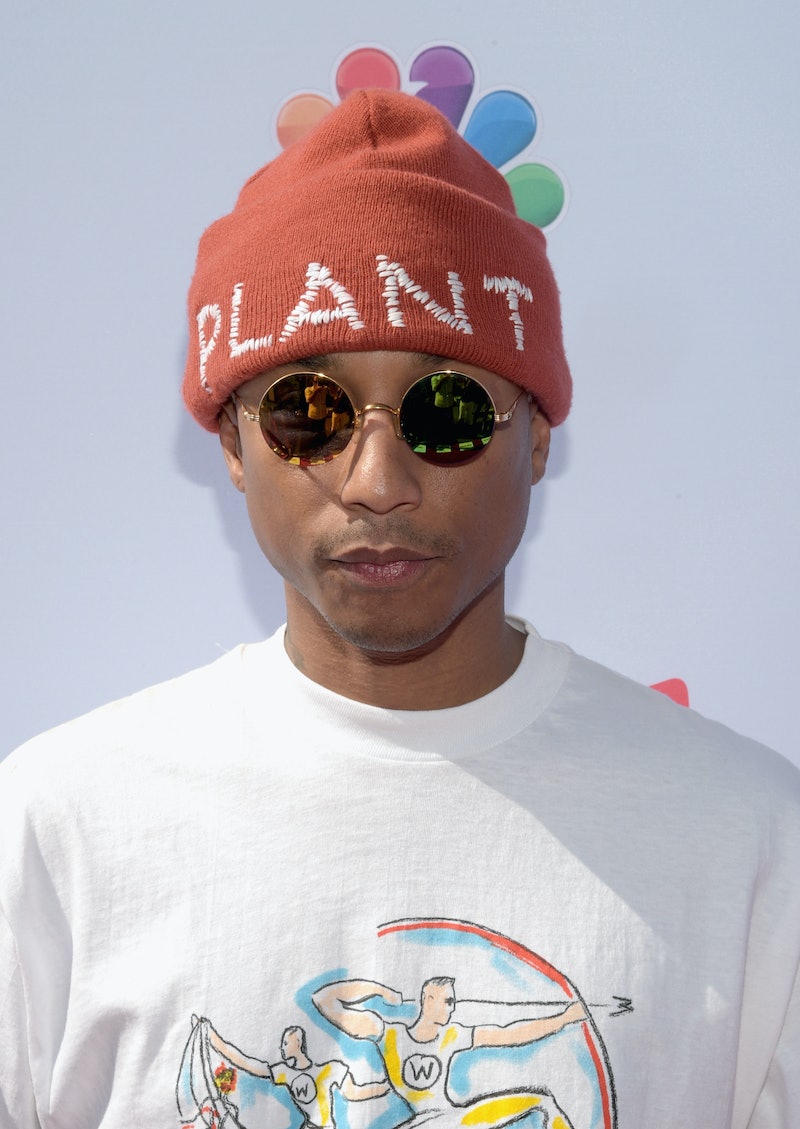 Pharrell always has a way of making a fashion statement, no matter what he's wearing. Whether he's rocking a classic black and white suit or showing up in a checker-printed jacket, you can't deny that the man has a way with style. Unfortunately Pharrell wasn't at the Met Gala to show off his designer fashion, but he was still just as stylish on The Voice stage.

I'm not going to lie, I was bummed to see that Pharrell wasn't at the Met Gala. He's always one of the most stylish men on the red carpet, but this time he sat out for a live airing of The Voice. According to an Instagram post, the artist was hanging out with Michelle Obama and Jill Biden on stage instead. He swapped out the formal suit with a pair of camouflage pants and a bright pink beanie instead. Not as high fashion, but definitely just as trendy. Compared to his first ever Met Gala outfit, it's clear to see that he can do both dressy and laid back style well.

Obama and Biden were at the special The Voice event to celebrate the fifth anniversary of Joining Forces, which is a program set up by the White House for service members and their families. Everyone looked great on the stage to celebrate the event, but I can't help but think that Pharrell's a bit bummed that he's not at the Met Gala.

Here's a look back at his first ever Met Gala look, which might have been just as casual as what he wore on The Voice stage.

Believe it or not, the star has been looking fresh on the Met Gala red carpet since 2004. This might not be one of his best fashions, but his blue velvet suit is something special.

Regardless of his past looks, his outfit this year is enough to stand on its own.