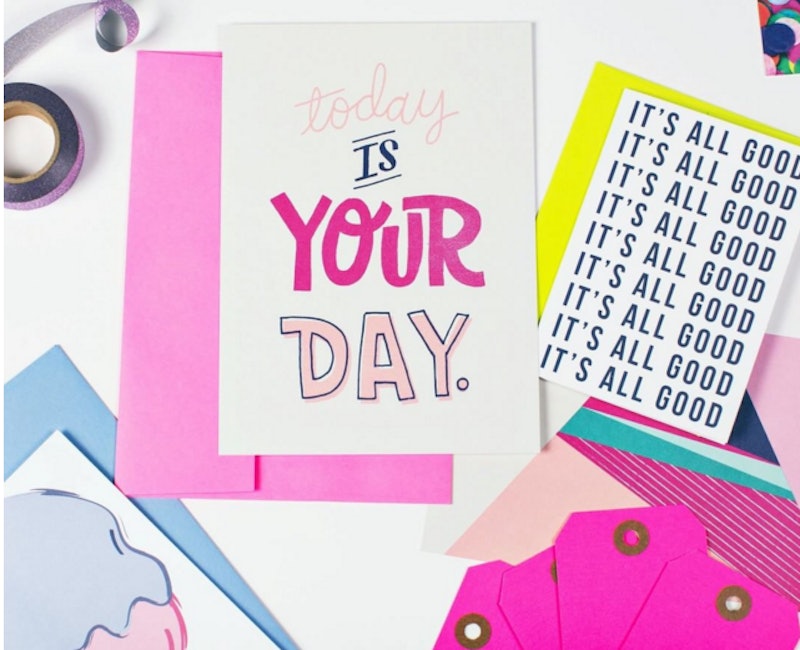 When you're about to do something big and important to you for the first time, taking the first step towards a goal can be incredibly scary. You just have so much riding on it. It could have been a dream you've had for awhile and that you've protected for years, it could be a start to a new, harder lifestyle, or it could be towards something you always thought would be out of reach for you. Whatever it is, the one thing that's for sure is that it will be intimidating to start. But why do we feel that way? Because there's a lot you can lose if you fail — you can damage your confidence, be terribly disappointed, and alter your own self-image of what you're capable of and how strong you are. But all that is a little bit exaggerated, which is why taking that first step is so hard. We've multiplied the magnitude of what we have at stake!

Most of us have this funny habit of not allowing ourselves to believe we're skilled enough to finish what we put our minds to. Because of that, we'll never actually let ourselves embrace what we're trying to become. Instead, we set up doubts and insecurities like obstacles in our way. In order to jump over that and take the first step, allow yourself to declare what you're going to get. Life coach Mike Chernoff explained, "In other words, if you want to run a marathon, you are a marathon runner. You just need to run. If you want to be a writer, you are a writer. You just need to write. Etc. It’s only ever a matter of training, studying and practicing." Envision it, declare it, believe it, and begin.

2. Flip Your Fear On Its Head

Rather than being scared of what will happen if you try, become scared of what will happen if you don't try. Chernoff offered, "The fear of failure, or whatever, can be daunting, but it’s nowhere near as bad as the realization of looking back on great opportunities you never took." That way something bad might happen in either scenario; you might as well choose the one that could have a reward at the end.

3. Focus Only On The Beginning

Instead of thinking of the long, hard road ahead of you and all of the difficult steps you'll need to take to succeed, allow yourself to laser-focus only on the first step instead. You become intimidated when you think of how far away you are from your goal, so take that out of the equation and simply focus on the first couple of steps you need to take in order to get started. Life coach Varonica from self-development site Tiny Buddha recommended, "The more you focus on all of the actions you have to take to get to the end result, the less likely you are to actually take any steps. So just focus on the first step and start there." It'll make you more comfortable to begin.

Whether it's a friend, someone you look up to in your field, or someone you respect on social media, getting a mentor to help you through those first scary steps is incredibly helpful. Lifestyle writer Ash Read from Lifehack pointed out, "The great thing about mentors is that they have all likely struggled with fear at some point and can relate to the position you’re in and help you get past it." And they can work with anything: Reach out to a travel blogger about your big Euro trip, an entrepreneur you admire on Instagram to help you through your small business idea, or a friend that moved states like you're thinking of doing. Learn from their mistakes and your first step will seem less scary.

5. Break It Down Into Smaller Goals

Rather than focusing on a lofty goal, break down that goal into smaller, more manageable pieces. Entrepreneur writer Lewis Howes offered, "If your goal is to ‘start a business’ — change it to ‘interview one business owner’. That second goal seems a lot less daunting, right? By breaking down dreams, there’s less to fear each step along the way." By focusing on smaller pieces, the whole thing becomes a little less terrifying and a lot more doable.

6. Tap Into Other People's Successes

When you feel like starting is just too insane because there's no way you'll ever succeed, tap into your "success library" and look at other people's stories and see how they did just that. Become inspired by them and gather the courage and momentum to take the plunge, too. Wellness writer Anastasiya Goers from Tiny Buddha advised, "Create a library of quotes, save articles and success stories that have inspired you, create a library of inspiring movies and videos, or create an album of your fun and happy memories. Turn to this library whenever you have self doubts." It'll help you stop making excuses and try for your own winnings.

7. Rewrite Your Definition Of Failure

Rather than seeing failure as something you need to avoid, rewrite it as something you're going to need to experience a couple of times before making it across the finishing line. Chernoff explained, "Failures are simply stepping stones that slowly uncover the correct path forward, one slippery step at a time. You can’t get anywhere without these steps." They're just another step in the plan, so if you fall down or get rejected you're right on track.

It might seem like only big action steps are the ones worthwhile when it comes to your goals, but that's not true. Even the tiny ones contribute to the momentum that brings you closer to your dream — if your beginning is filled with those, don't get discouraged and think it's not worthwhile. Varonica offered, "Your brain, ego, or that limiting, fearful part within will try to convince you that your steps are too small. They couldn’t possibly count, it says, so better to just not try. It’s lying to you." Those little steps will eventually open doors to the bigger ones.

9. Think Of What's The Worst That Can Happen

This isn't to terrify you. Rather, thinking of all the things that could happen if you fail will prove to you that there isn't much that you can't handle. Lifestyle writer James Clear from Lifehack explained, "When you actually sit down and think about the worst case scenario, you’ll realize that there are actually very few risks that you can’t recover from." Everything is manageable, and you're strong enough to make it work.

10. Know You Can Change Your Mind Whenever

A huge fear that keeps us from starting is that we could fail. But honestly, if you pursue your dream and find halfway through that it's not working for you, there's no shame in bailing and trying something else. Know that you're allowed to change your mind. Clear pointed out, "just because you don’t reach the final goal doesn’t mean you failed. You chose the goal in the first place. It was arbitrary. You’re allowed to choose a new goal halfway through. Failure is not a destination and neither is success."

Just because you're scared doesn't mean you shouldn't take the first step. A lot of people think that's somehow a warning sign to turn back around, but it's not. Varonica said, "You don’t have to not feel afraid while you take your action steps. One of my obstacles was thinking that the presence of physical fear symptoms meant I couldn’t take action...It’s the steps that count, not how you feel when you take them." Don't wait until you feel braver — embrace that shakiness and move forward.

Because in the end, you'll be happy and proud you did!