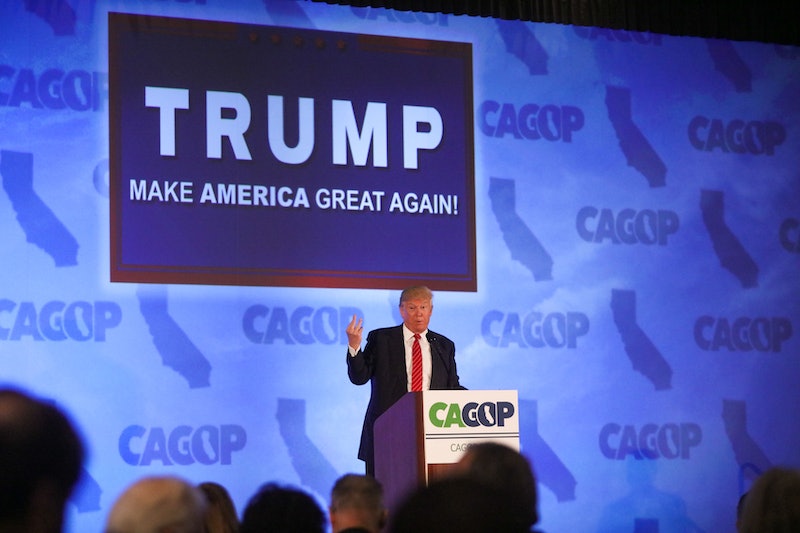 Donald Trump has a good shot at becoming the Republican presidential nominee, but is anyone willing to be his running mate? Ted Cruz's decision to preemptively name Carly Fiorina as his vice presidential pick has fueled speculation as to who Trump might choose, yet many of the strongest candidates for the slot have effectively ruled out the possibility of running with the real estate tycoon. Donald Trump's vice presidential shortlist is getting shorter by the day, and he has nobody to blame but himself.

Trump's campaign, divisive and hateful as it's been, has succeeded wildly in the short term: He's received more votes in the Republican primary than any of his opponents, and is the favorite to win the party's nomination. But by running such a mean-spirited and arrogant campaign, Trump has alienated a lot of officials in the Republican Party who might otherwise make great running mates. Now, Trump's chickens are coming home to roost.

The most prominent of them is Nikki Haley, governor of South Carolina and a rising star in the GOP. By just about any measure, she would be a superb vice presidential candidate. After the 2015 mass shooting in Charleston sparked a debate over the Confederate flag, Haley showed genuine courage and leadership by breaking with Republican orthodoxy and demanding the removal of the flag from her state's capitol grounds. As an Indian-American woman, she'd add much-needed racial and gender diversity to the Republican ticket, and Trump has said that he'd like somebody experienced in politics as his running mate.

Alas, Haley isn't going to be Trump's vice presidential pick. She made that pretty clear in March, when she declared explicitly at a GOP fundraiser that "We can't have Donald Trump as president." She took issue with Trump's refusal to denounce the Ku Klux Klan and his habit of encouraging violence at his rallies, and cited Trump's "lack of judgement" as a candidate. So yeah, Trump-Haley isn't happening.

John Kasich would also be a strong pick for VP. His reputation as a moderate, as well as his aww-shucks demeanor, could help win over voters who've been turned off by Trump's bombast and acerbity. Just as importantly, Kasich is the governor of Ohio, a must-win state for Republicans, and could probably deliver it to the GOP in November. But Kasich, too, has ruled out the possibility of running with Trump.

"There is zero chance I will be anybody’s vice presidential candidate," Kasich said when asked in March. "Period, end of story.” Kasich reiterated this in the middle of April, and a spokesman confirmed once again over the weekend that there's "no chance" Kasich will join forces with Trump.

How about Scott Walker, who's inoffensive, solidly conservative, and the governor of a blue state? Probably not. “Scott Walker has a visceral negative reaction to Trump’s character,” Walker adviser Ed Goeas told The New York Times.

Maybe Trump could choose Susana Martinez, the Hispanic-American governor of New Mexico, another swing state? Nope. Martinez has publicly called Trump's policies "horrible," privately referred to them as "irresponsible," and is one of the few elected Republicans who won't even commit to voting for Trump if he wins the nomination.

Perhaps Jeb Bush would be down? "Hahahahahahahahaha," a Bush adviser responded when The Times asked about the possibility.

That leaves pretty slim pickings. Newt Gingrich, who hasn't held elected office in 17 years and likes to talk about moon bases, has said that he'd be willing to run with Trump. So have Ben Carson, who's never held office at all, and Rep. Pete Sessions, who might be able to alienate minority voters even more than Trump can on his own. That leaves Trump's sidekick, New Jersey Governor Chris Christie, who's both tainted with scandal and hideously unpopular in his own state.

Because Trump has run such an odious and unpleasant campaign, none of the party's rising stars want anything to do with him. That's going to make it a lot harder for him to choose a vice presidential candidate who can help in November. And make no mistake, Trump will need all the help he can get.