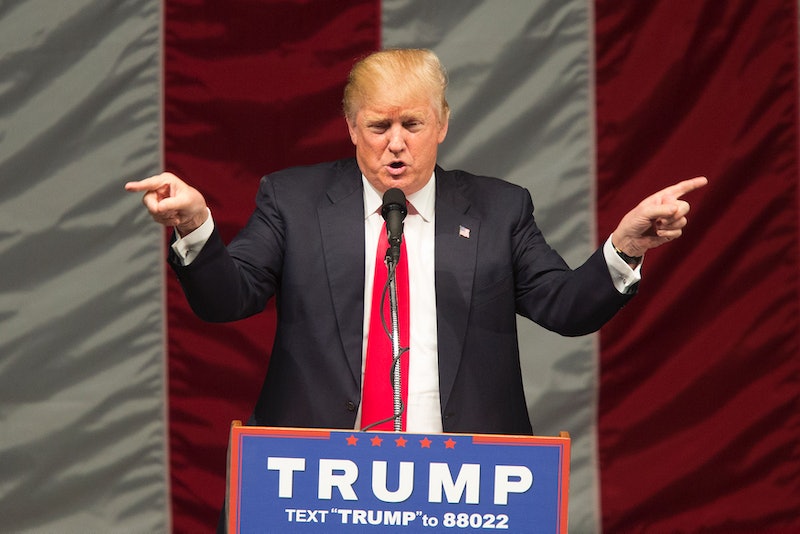 Last week, Donald Trump swept the five primaries in the Northeast, inching ever closer to the GOP's presidential nomination and leading pundits to call Indiana the most important state since at least Florida. For once, that may not be hyperbole. The limited remaining Republican delegates and the state's winner-take-all nature mean that the Donald will either cruise on to the nomination (sorry, Cruz) or have to fight tooth and nail to avoid a contested convention. Those are the stakes this Tuesday. So what are the odds? Will Donald Trump win the Indiana primary?

The answer increasingly looks to be "yes." A Wall Street Journal / NBC News / Marist poll released Sunday puts Trump with about a 15-point lead over his opponents. That sounds decisive, but not all recent polls have been so kind. Trump has finished first in all, but his lead over Cruz and Kasich has fluctuated dramatically — in one recent poll, he barely squeaked by Cruz, with 37 percent to Cruz's 35. Still, that has lead FiveThirtyEight to change their prediction and call a Trump win the most likely scenario. Before the new round of polls came out, they gave Cruz a 65 percent chance of winning. Now, Trump has 69 percent.

Trump's feeling it. "If we win Indiana, it’s over, OK," he told a crowd in the state on Sunday. If he wins all of Indiana's delegates, he'll need just 225 to put him over the top, about half of the remaining delegates in the GOP primaries that culminate on June 7. That's a significant proportion, but it's definitely doable. It's the best shape any candidate has been in so far in the Republican field.

Cruz knows how dire the situation is for his camp, too. Last week, he said Tuesday's primary is "the one thing that stands between us and plunging over the cliff." On Sunday, at a rally in Indiana, he tried to blame New York and the media for Trump's success: "They’ve all made their decision, and they now expect the people of Indiana to fall in line."

The big game plan to stop Trump had been Cruz's coalition with Kasich, which Cruz has denied exists. Official or implied, the alliance has not resulted in Kasich supporters switching to the Cruz ticket. Plus, about 60,000 people voted before the Cruz and Kasich campaigns released their statements which implied a coordination and focus for the remaining states in an attempt to block Trump.

Trump's delegate target for Tuesday is 51, according to FiveThirtyEight. Check out the results later Tuesday, and see whether the district-by-district winner-take-all method helped or hurt him. As Nate Silver said, after a good showing in the Hoosier state, it's Trump's nomination to lose.