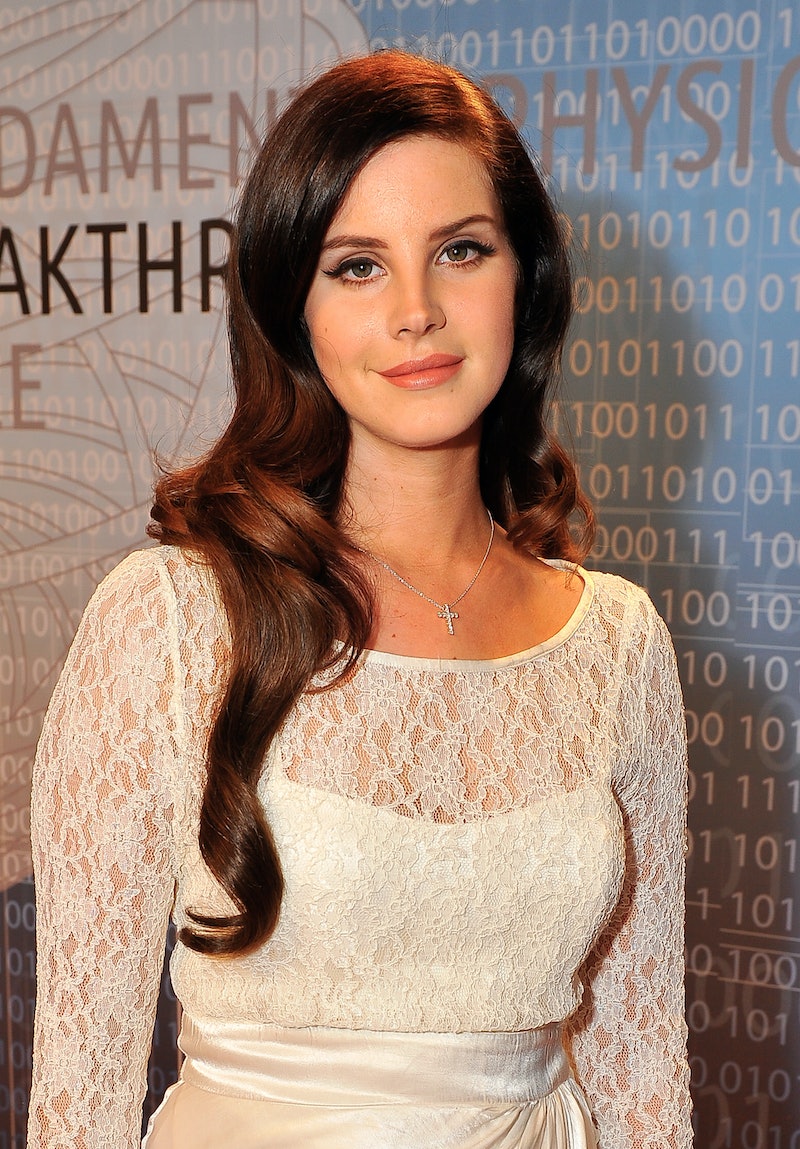 Lana Del Rey has landed in some hot water over her Twitter behavior of late. The culprit? Not anything she's actually said, but rather what she has been favoriting. Lana Del Rey "favorited" a particularly mean tweet about Lorde. The tweet, posted by a Lana Del Rey fan account, showed a picture of a bracelet made of the sharp ends of thumbtacks with the caption, "I bought this for you @lordemusic." Del Rey's fans have been frustrated with the up-and-coming New Zealand singer ever since she took a dig at Del Rey's music saying, "I began thinking, ‘How are we listening to this? It’s completely irrelevant." So the posting of the lethal-looking bracelet doesn't come as much of a surprise. What does come a surprise it Lana Del Rey favoriting the photo and essentially giving her stamp of approval, especially since she's only favorited 17 tweets ever.

One Twitter user asked, "So is, like, @LanaDelRey a proponent of people cutting themselves? Because what a jerk."

Though Del Rey has since unfavorited the tweet, but the damage has been done, and her actions are certainly questionable. It's undeniable that the original tweet was not meant to be nice, and since Del Rey wasn't even tagged in it, we have to wonder how she stumbled across it in the first place. The Tweeter is legendary for her rude behavior on the site, and was suspended in June for tweeting abuse at Taylor Swift.

Certainly every famous person has fringe fans who might not be considered polite, but why is Del Rey rewarding this Twitter user with her time and her favorites?

The Lorde tweet is not the only tweet that Del Rey has favorited lately that seems a little ill-advised. Around the same time she found the Lorde one, she also favorited this tweet.

It seems like I shouldn't have to explain to Del Rey that rape isn't funny, but she clearly needs another lesson on it since she felt the need to positively acknowledge this fan's rude tweet. She needs to remember that her name on anything is a sign of approval and her fans shouldn't be getting the idea that she thinks rape is funny or that she advocates injury-inducing "gifts" for her fellow singers.