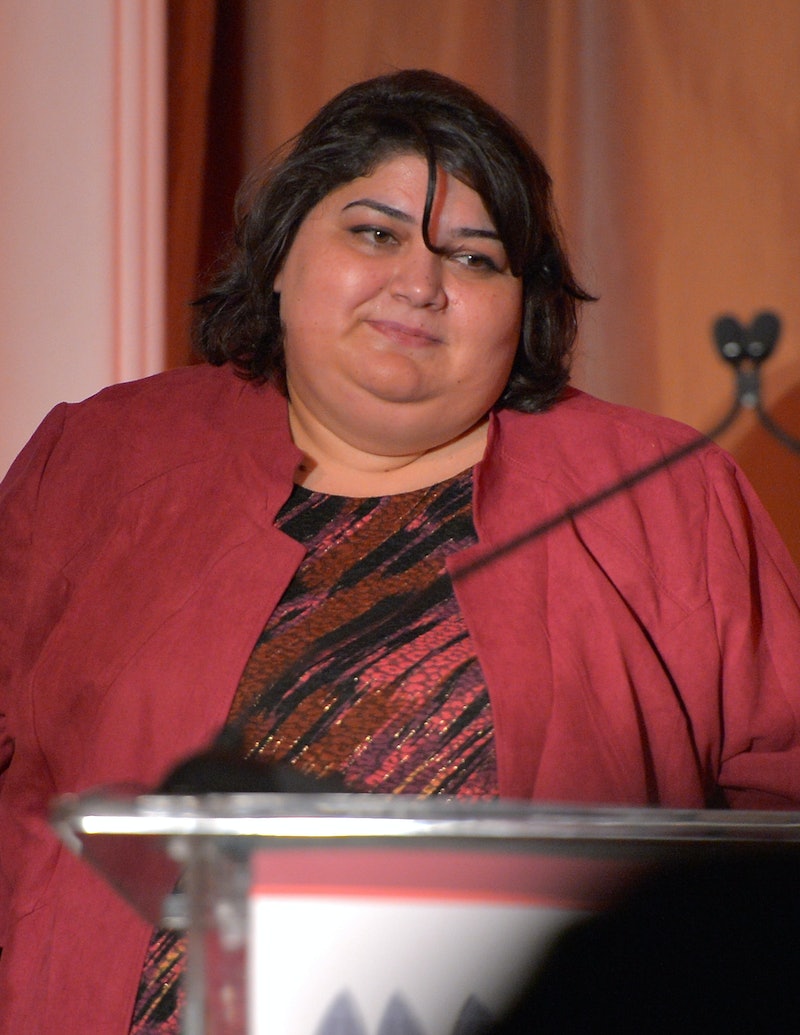 Ever thought of going into journalism? It isn't exactly a safe profession, particularly in countries with high imprisonment rates for those they perceive as going "out of line." (The Commission to Protect Journalists rates Ethiopia, China, Cuba, and Iran among the top 10 "most censored" countries.") And female journalists face unique challenges, whether in the form of gender roles or the threat of sexual violence. But there are still many courageous women intent on giving it a shot, and this list presents just six of them.

This is going to be uncomfortable reading, and it's meant to be. Some of these journalists were killed in the line of duty, while others are currently locked up. Beyond these six names, there are many, many more, but the overall picture is inspiring, if frustrating. There are always women looking to pursue the truth, even in dangerous or repressive places.

Here are some of the most inspiring women around the world in modern journalism. Spreading their stories helps their mission of pushing for accountability and truth.

Tabatabaei is one name on a very long list of Iranian female journalists imprisoned by the government for their efforts. An activist and human rights worker as well as a journalist, she has been imprisoned and interrogated numerous times (including a month in solitary confinement in 2010), and is currently serving one year for "propaganda against the regime" and a two-year ban from writing anything on websites. You can sign a petition asking for Tabatabaei's release here.

Colvin was enough of a name in American war journalism to merit a long, impassioned obituary from Vanity Fair when she died in 2012, the victim of a bomb strike in Homs, Syria. She'd worn an eye patch since 2001 after shrapnel hit her face in Sri Lanka, but that wasn't even the most dramatic moment in her 30-year career. In 1999, she stayed with 1,500 women and children trapped in a compound in East Timor while all other journalists were evacuated, and her publicity got them rescued. She was smuggled into Chechyna, interviewed Yasser Arafat 24 times, and was a reporting legend. A collection of Colvin's war writing is available here.

Ismayilova is one of the most prominent imprisoned female journalists in the world. Mention her name to press freedom activists, and indignation immediately arises. An investigative journalist from Azerbaijan, a country with huge censorship issues, she's fearlessly published investigations on everything from kickbacks to the president's family to corruption in government contracts.

Ismayilova has been treated badly for this, to say the least. A blackmail attempt was made against her using a sex tape, she was sentenced to 200 hours of community service in 2013, and she's currently serving a seven-and-a-half-year sentence on charges (including "abuse of office" and "incitement to suicide") which most believe to be bogus. Everybody from the U.S. State Department to the European Union has issued statements condemning the sentence, but there's no sign she'll be freed. You can sign a petition asking for her freedom here.

Wang is a Chinese journalist and netizen who's currently serving a four-year, 10-month sentence for "picking quarrels and provoking trouble." The real problem appears to be that Wang focused on protests and police brutality. She was first arrested after she reported that a protester had set themselves on fire in Tiananmen Square in 2014, and her second arrest and imprisonment in April 2016 came after her continuing crusade focused on the plight of petitioners — people who appeal to China's higher authorities for justice, only to often meet hostility.

Wang is apparently ill and suffering from a brain tumor, and her imprisonment has been decried by everybody from Amnesty International to Frontline Defenders, an organization devoted to human rights activists in danger.

You may know Guerin's story from the film based on her life from 2003, in which she was played by Cate Blanchett. Guerin, an Irish journalist who specialized in crime reporting, was murdered in 1996 as she was stopped at a red light by assassins on a motorcycle. She'd been targeted by a drug-trafficking gang whose activities she'd been probing, and the members were later arrested, with one turning state witness in order to enter the witness protection program. The murder of Guerin, which caused shock waves across Ireland, precipitated the introduction of various laws which meant that the Irish police could seize proceeds from crime, and the International Press Institute named her as one of its 50 World Press Freedom Heroes operating from 1950 to 2000.

Hassan became one of ISIS's most prominent journalistic casualties this year when it was revealed that she'd been executed the previous September for reporting on conditions in the Syrian city of Raqqa, which is currently under ISIS control. Hassan had largely communicated via social media, and was active in the group Raqqa Is Being Slaughtered Silently, which reported her death. A citizen journalist, before her death, she'd made fun of ISIS for attempting to cut off WiFi access across the city. A friend posted her last words, roughly translated as: "it's OK, because [being beheaded] with dignity is better than living in humiliation under ISIS."

If you want to get involved in the fight for press freedom in general, or in the campaign to free journalists who've been unjustly imprisoned, check out Amnesty International, the World Press Freedom Index, and the Committee to Protect Journalists for petitions and campaigns in your area.