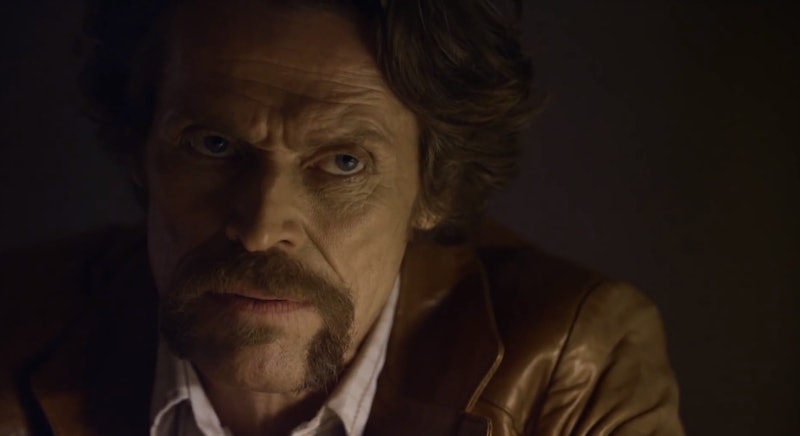 Been hankering for some powerful Matt Dillon mutton chops? How about some powerful Willem Dafoe mutton chops? Because if you've got a thing for overwhelming facial hair, look no further than the trailer for Bad Country , cause it's got both of those men...but it's mainly got the hair taking over their faces. Blowing the lid off of criminal empires seems to be a popular goal in film and television worlds, and Bad Country is no exception. Here's the synopsis, via IMDb:

Inspired by real events, Bad Country is a gritty Louisiana set crime drama. Detective Bud Carter's investigations lead to the arrest of Jesse Weiland, a contract killer from a criminal syndicate. Weiland, facing life in prison and losing his family, puts his trust in Carter and becomes an informant. The case attracts the FBI, who in turn, wrestles control from Carter. When a sting goes bad, the syndicate boss, Lutin Adams uses crooked politicians and lawyers to identify Weiland as the 'rat.' His family is executed, setting Weiland on a path of revenge executing targets on a manhunt for Lutin. Carter takes control, pursuing the syndicate to the French Quarter. The climax explodes as Carter, Weiland and Lutin are caught in a triangular crossfire.

Yes, apparently Lutin is a name. According to some light googling it is mainly used as a surname, and in French the word means elf, goblin, hobgoblin, or imp. So no, I do not think they mean Lupin (though that I would be there for).