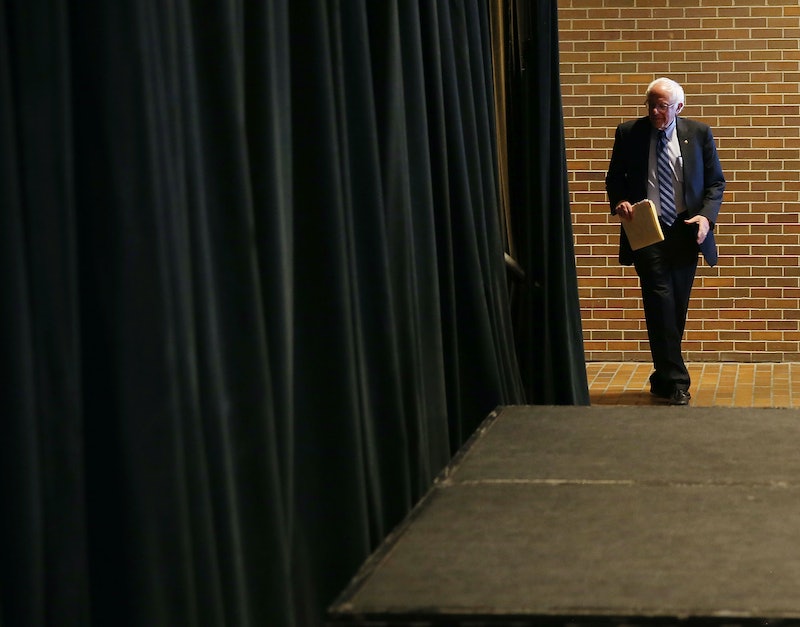 Generally, presidential candidates don't pick their running mates until after they're nominated. (Way to shake things up, Ted Cruz!) And the Democratic nomination is by no means a sure thing for Sen. Bernie Sanders. But if he does get to the point where he can make such a choice, this woman would be a good vice presidential pick for Sanders: Rep. Tulsi Gabbard.

Nope, not Elizabeth Warren, the ultra-progressive senator of Massachusetts whose economic focus and ideology closely align with Sanders'. He himself has named her as a good option in an interview on Morning Joe, and this might seem like a dream ticket for many of his supporters. The problem is that the two are too much alike. A wise vice presidential pick would strengthen the overall ticket by compensating for the presidential candidate's perceived weaknesses, and Rep. Tulsi Gabbard is someone who could do that for Sanders.

Gabbard has served as a representative of Hawaii in the House since 2012. Her resume includes a number of distinctions. She is the youngest person in Hawaii to become an elected official; at the age of 21, she became a member of the state legislature. She served two tours in Iraq in the Army, working as a specialist with a medical unit and as a platoon leader. Gabbard is on both the Foreign Affairs and House Armed Services committees. She's one of two female combat veterans in Congress, and the only Hindu member.

Gabbard could strengthen the Sanders ticket mainly by bolstering its foreign policy cred. Sanders has been working against the idea that he's weak on foreign policy throughout the campaign -- a narrative that is particularly daunting, considering how his opponent for the Democratic nomination has served as secretary of state. Gabbard's combat experience could attenuate that perceived weakness.

It of course helps that Gabbard and Sanders are aligned in their strong opposition to regime change efforts by the United States abroad. She, along with Republican Rep. Austin Scott, introduced a bill to the House in November of 2015 whose goal was to "bring an immediate end to the illegal, counter-productive war to overthrow the Syrian government of Assad." Since a November debate, Sanders has continually referred to his opposition to regime change as something that distinguishes him from Hillary Clinton and attests to his superior foreign policy judgment.

Gabbard would be a good VP choice for Sanders for a few other reasons. Having a woman as his vice president would boost the ticket overall (not to mention a Hindu-American Samoan veteran woman at that). Also, she's young — 35 years old — which could provide some balance for the 74-year-old Sanders. Of course, her youth also means she doesn't have as much political experience as other potential choices, but that's not necessarily a bad thing in a time when Donald Trump is able to lead the race for the Republican nomination.

Finally, Gabbard would be a good option for Sanders because she's one of the few elected officials who have endorsed him. She is so into the senator's bid that she stepped down from her position as vice chair of the Democratic National Committee in February to endorse Sanders.

If Sanders gets around to making a vice presidential choice, he has plenty of reasons to seriously consider a Sanders-Gabbard ticket.