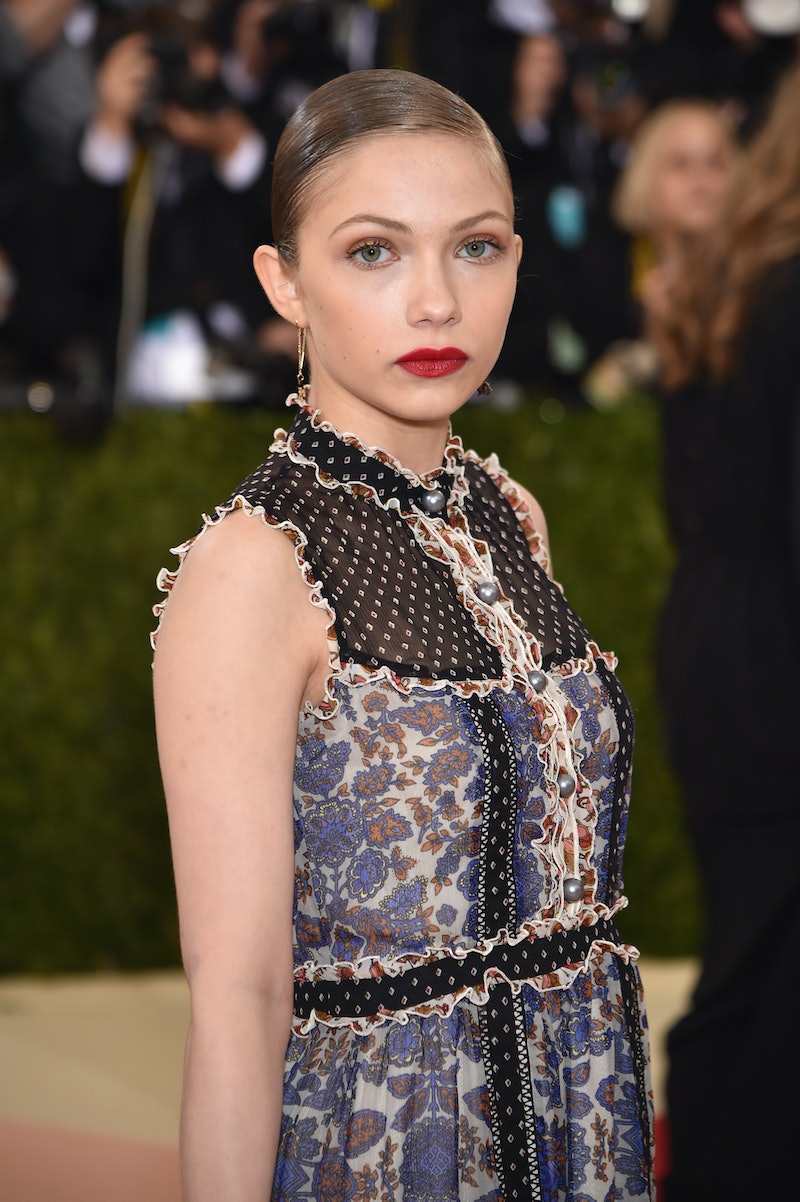 If there's ever been a young celebrity figure known for aesthetic experimentation, it's a certain beloved founder and EIC of Rookie Magazine. Tavi Gevinson at the 2016 Met Gala is a fresh and futuristic reminder of why the 20-year-old actor, Broadway star, writer, and editor extraordinaire is such an icon. It's not necessarily her dress that's stealing the show this time, though — although the print and fabric mixing is totally on point. But rather, Gevinson's hair.

The slicked-back-to-the-max look is perfect for the "Manus x Machina: Fashion In An Age Of Technology" theme of the Metropolitan Museum Of Art's grand gala. Reminiscent of characters in artificial intelligence fiction, I can imagine her as a protagonist in a contemporary remake of The Matrix or perhaps Blade Runner. Although the simple, elegantly greased 'do doesn't make me think of technology in 2016 per se, it does make me think of the future of tech — and how developments in everything from social media to A.I. might translate into the sartorial world.

In combination with a statement red lip and a natural beauty look, the slicked style is even more striking. Gevinson is a pro at rocking pixie cuts and bobs, but I'm going to go out on a limb here and say that I'm hoping she incorporates this simultaneously grunge and robotic aesthetic into her day-to-day life.

As you can see, Gevinson's dress is certainly a show-stopper. But my eyes are on her head.

Representing all future robots, one 'do at a time.