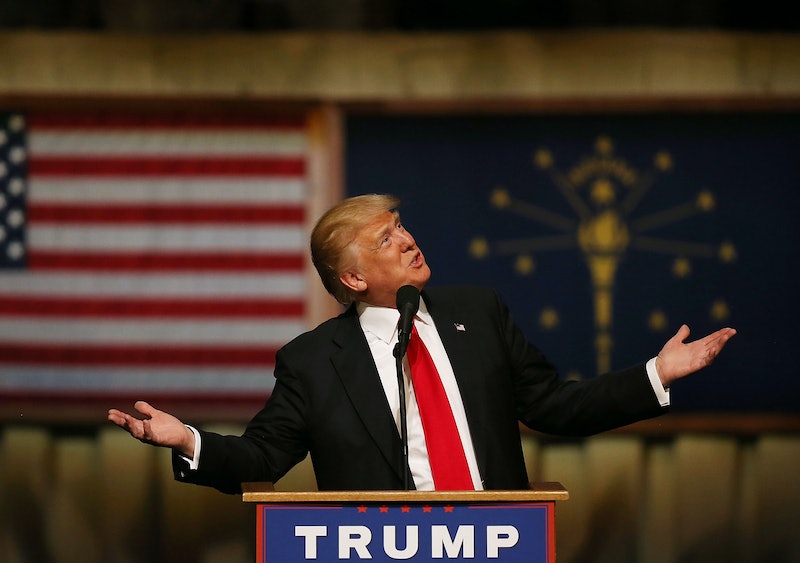 There’s been talk lately of candidates experiencing “delegate leakage.” As with just about everything involving the term “leakage," delegate leakage is unpleasant, undesirable, and can cause severe setbacks for anyone who suffers from it. But what is delegate leakage, and why should Donald Trump and Ted Cruz be worried about it?

When a candidate is experiencing delegate leakage, it means that some portion of the delegates who were expected to vote for them at the convention have changed their minds and will vote for someone else instead. Crucially, the term only applies to unbound delegates, because only they have the option of voting for whomever they please at the convention.

Delegate leakage can occur on one of two fronts. The first place is amongst the crop of truly unbound delegates, who enter the convention free to vote for whomever they want on the first ballot. If a candidate thought they’d secured the support of a certain number of unbound delegates, but then those delegates jumped ship during the floor vote, that would be a textbook case of delegate leakage.

Still, the vast majority of GOP delegates are bound to a certain candidate on the first ballot — but that doesn’t mean that they can’t leak. If the first ballot of voting fails, the convention becomes contested, and bound delegates gradually become unbound on the second and third rounds of voting (depending on what state they’re from). If a candidate saw a drop-off in their support between the first and second ballots, they would be experiencing classic delegate leakage.

In the Republican race, both Donald Trump and Ted Cruz are in danger of having some form of leakage. For Trump, this could occur in either of the two ways outlined above. He might lose some of the unbound delegates who he thinks will vote for him, such as those from Pennsylvania. Or, if the convention is contested, bound delegates who voted for Trump on the first ballot could abandon him on subsequent rounds. Either way, enough leakage could cost him the nomination.

Cruz’s situation is different, because he’s mathematically eliminated from winning a majority of delegates in the primaries. However, he’s been working quietly to get his own loyalists elected to delegate slots at the state level, so that if the convention is contested, a lot of delegates who were bound to Trump on the first ballot will vote for Cruz on later ballots. But if those delegates ultimately don’t back Cruz, he will have failed due to delegate leakage.

For a while, it looked like the candidate most likely to suffer leakage was Donald Trump. Cruz had a number of high-profile victories in March and April, successfully placing his supporters in delegate positions in several states. If that support held through July, the thinking went, Cruz would have a very good chance of winning the nomination at a contested convention.

However, a New York Times story over the weekend cast doubt on the success of Cruz’s gambit. According to the Times’ reporting, Team Cruz appears to have overstated how many delegates are actually on board with the Texas senator. Additionally, some Cruz loyalists are softening their commitment to him, due to a growing acceptance of Trump’s popularity within the Republican Party.

Perhaps the biggest thing we can glean from all this is that politicians need to do more than just become popular. They need to sustain that popularity over time, ensuring that their supporters are devoted and won’t cut and run if circumstances change. Needless to say, that’s an incredibly hard thing to do — which is why no candidate is truly, 100% safe from delegate leakage.