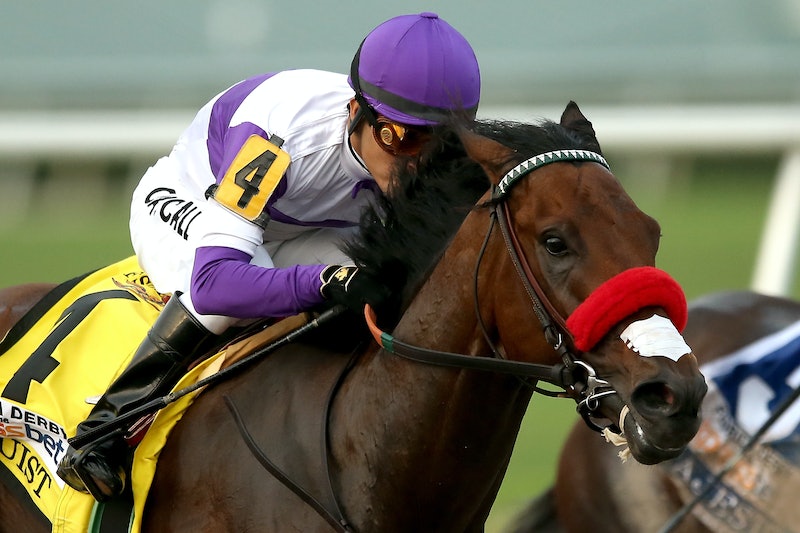 Last year, American Pharaoh did what no other horse had done since 1978: won the Triple Crown. That means the horse won the top three horsing events in the United States, not even remotely a small achievement. Could the same thing happen again? There is Triple Crown potential in this year's Kentucky Derby field — just as there is every year. Whoever wins in Kentucky could, in theory, go on to win the other two races, the Preakness Stakes and the Belmont Stakes. The Preakness Stakes are held the week after the Derby in Baltimore, Maryland. The Belmont Stakes are held a bit later in the season, in June, in Elmont, New York.

The top pick this year for winning the Kentucky Derby and thus is Nyquist. He was the upset winner of the Florida Derby in April, cementing his place as the season's favorite. The odds were actually on another horse to win that race (Mohaymen was the previously undefeated Thoroughbred, but he went on to place fourth). Nyquist was trained by Doug O’Neill and is owned by Reddam Racing. His jockey, Mario Gutierrez, feels good about the horse's prospects, telling the New York Times:

I’ve got so much confidence in him. I’ve been working with him since he was a 2-year-old, and I feel like I know him a lot.

And by know him, he means know him. The horse's psyche played a role in the Florida win. As Gutierrez was reaching the finish at the Florida Derby, the jockey did something rather unconventional, he ran wide, slowing down to keep the top challenger, Mohaymen, within Nyquist's sight lines. The strategy was based on what they thought the horse was thinking. It worked. O'Neill, Nyquist's trainer explains to the Los Angeles Times:

If he engages you, he's going to be tough to beat. The one thing I think could beat Nyquist is if he's on a lead and someone [he can't see] is flying five wide outside.

The science behind horses' psyche — whether they know they're racing and if they know when they win — is still much a mystery. But it worked in Florida, and therefore the odds going forward are on Nyquist. He is the current favorite at 3-to-1 in Las Vegas, where the betting is well underway. Mohaymen is the horse to beat with odds of 4-to-1.

The entries and post positions will be drawn Wednesday; however, the field could still change. In past years, there have been high-profile scratches the week leading up to the Derby. Just last year, El Kabeir scratched the day before with an injured foot. Keep your eye on Nyquist, but you won't know if he can win the Triple Crown until he crosses the finish line Saturday.