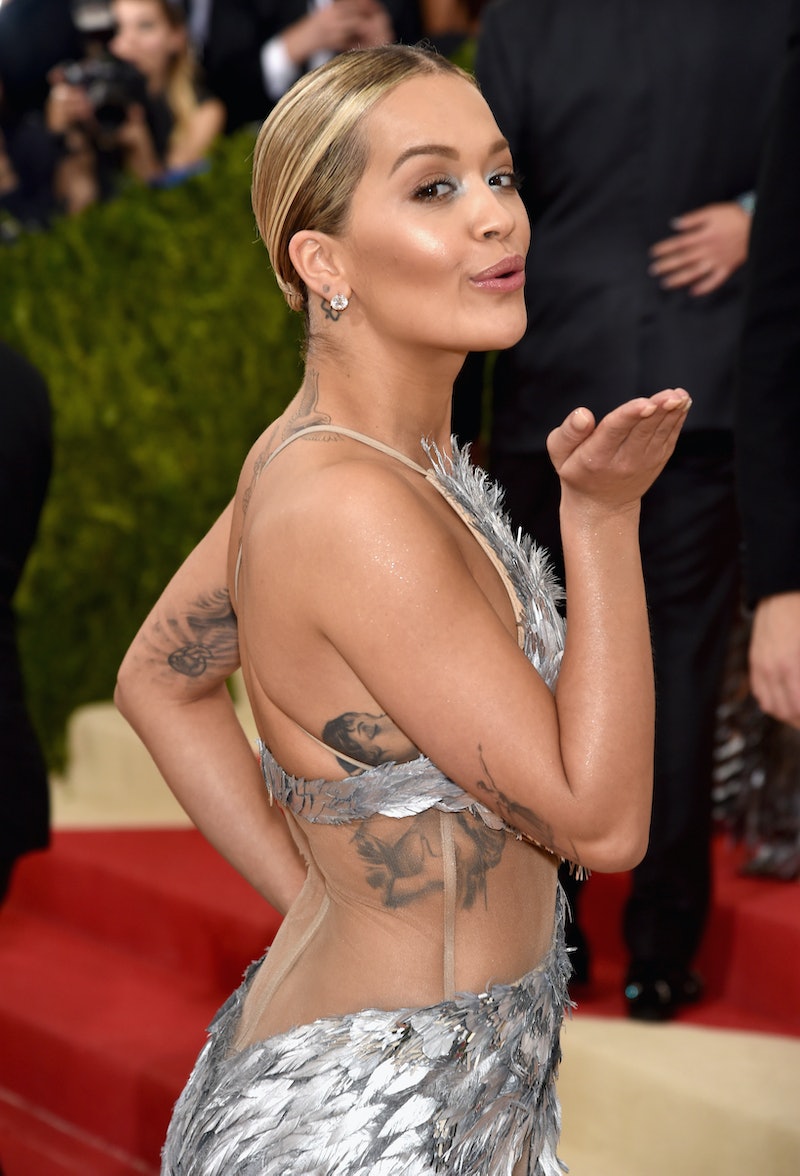 It's a debate that has gripped our nation since the premiere of Beyoncé's, Lemonade: Who is "Becky with the good hair?" Naturally, being the Law and Order: SVU raised citizens we all are, we almost instantly started lining up potential suspects. And, for a second there, the attention was pointed at Rita Ora. Ora has since proclaimed that she is not Becky, but we're a skeptical society aren't we? We value tangible evidence over words. So, she gave us some. At Monday night's Met Gala, Rita Ora took a selfie with Beyoncé. And not only that, but she captioned it with the word "Family."

So, yeah. About that "Becky" theory... We can put it to rest, right? I mean, would Queen Bey honestly pose for a picture with the woman who, per the song, she'd probably have somewhat of an issue with? Unless she's Mother Teresa herself, I'm going to go ahead and say no. Bey is human after all, guys. Taking selfies with the "Becky with the good hair" would just be kinda weird.

And for Ora to call them both "family" says a lot. The "family" caption signifies that being "Becky" is a line she'd never cross and she has good reason to make that known.

You see, Ora was signed to Roc Nation, Jay Z's record company, but things went sour. Page Six reported in February that Roc Nation filed a lawsuit against Ora after she initially sued the company. According to Page Six, Ora claims Roc Nation didn't give her the attention she deserved after they began representing athletes; Roc Nation claims Ora didn't live up to her end of her recording contract because she hasn't yet released her second album with the company.

Jay Z has personally and graciously promised Rita complete freedom from Roc Nation, the details of which are now being finalized. We believe that Roc Nation’s distributor, Sony Music, has required Roc Nation to file this action to preserve whatever rights Sony might have pending resolution.

Bustle has reached out to Sony for comment, but has not yet heard back.

So you see, Ora is no fool. She wasn't going to leave the "Becky" factor up for debate at all. Especially not when the Carter family has been so good to her. On top of that, Just Jared reports that the singer put the final nail in the "Becky" coffin by wearing a pin given out at the Balamin Met Gala after-party that read, "Not Becky" — which is basically all the proof anyone could ever need. I think it's now time we let this one go. What about you?

More like this
Taylor Swift, Kerry Washington & More Speak Out On Uvalde Mass Shooting
By Jake Viswanath
Becky G Once Had A Fear Of Speaking Spanish. Now She's Topping The Latin Charts.
By Tess Garcia
Britney Spears Met The Weeknd & Sam Levinson, So She May Actually Be On 'The Idol'
By Jake Viswanath
Taylor Swift Knew Hayley Kiyoko & Becca Tilley Were Dating 4 Years Ago
By Grace Wehniainen
Get Even More From Bustle — Sign Up For The Newsletter