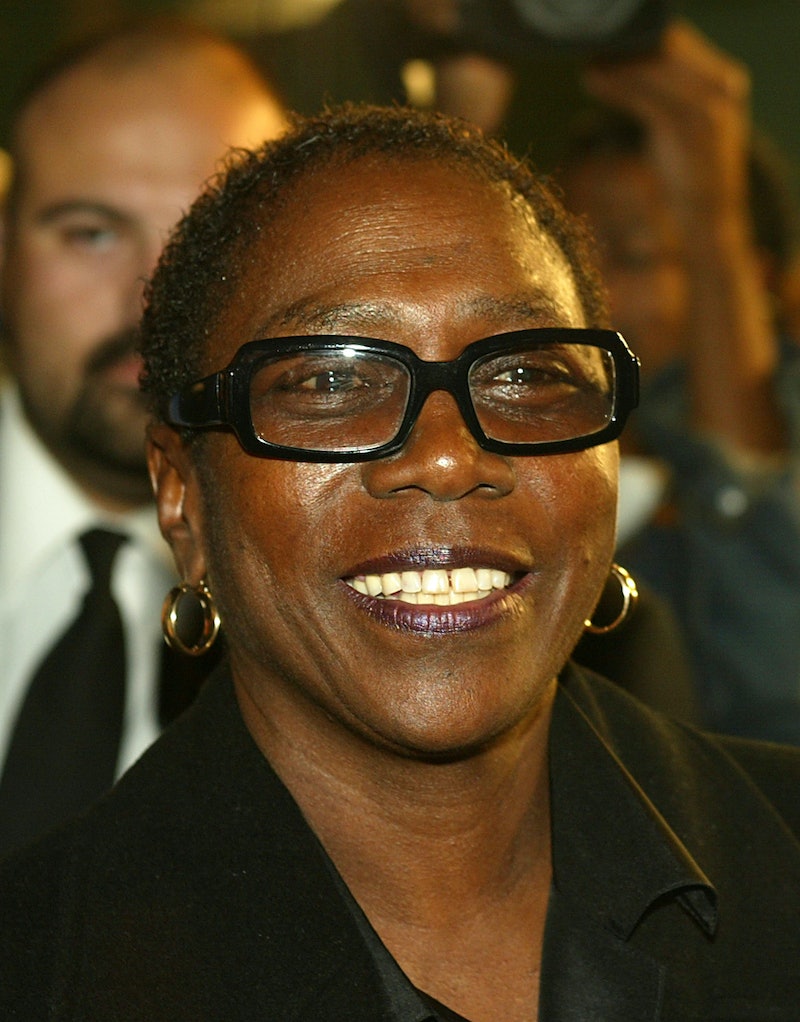 Almost 20 years after her son was fatally shot in a drive-by shooting, Tupac Shakur's mom has passed away. According to TMZ, Afeni Shakur died Monday at 69 years old, although no cause of death has been officially released. The Marin County Sheriff's Department told the site that they responded to a call at Afeni's home in Sausalito, California on Monday night that reported a cardiac arrest, and she was pronounced dead at a hospital at 10:28 p.m. The investigation into her true cause of death is ongoing.

Afeni — who was born Alice Faye Williams — wasn't just the mother of one of the biggest rap legends in music; she was also an activist and a philanthropist. Part of the Black Panthers, Afeni dedicated much of her life to fighting for black rights and was arrested in 1969 after she and other Black Panthers members were charged with allegedly conspiring to bomb landmarks in New York City as part of the movement. Later, she was acquitted just one month before Tupac was born, but her activism didn't stop there. In fact, in 2007, Afeni gave the keynote address at Vanderbilt University during an event in honor of Black History Month, and spent much of her life traveling and giving lectures.

After Tupac died in 1996, Afeni founded the Tupac Amaru Shakur Foundation, which helps provide youth arts programs. In 2005, she opened the Tupac Amaru Shakur Foundation Center for the Arts in Georgia, which offered after school programs as well as dancing and acting classes. The center closed in 2014. In 2013, she promised to release Tupac's "entire body of work" and spent her life overseeing his unreleased music ever since.

More like this
The Music Industry Continues To Fail Black Women
By Precious Adesina
The Very Best Quotes From Dr. Taylor Swift’s NYU Graduation Speech
By Grace Wehniainen
Watch The Dramatic First Trailer For Netflix's Jennifer Lopez Documentary
By Alyssa Lapid
Cardi B Explains To David Letterman Why She Uses Her Star Power For Politics
By Jake Viswanath
Get Even More From Bustle — Sign Up For The Newsletter