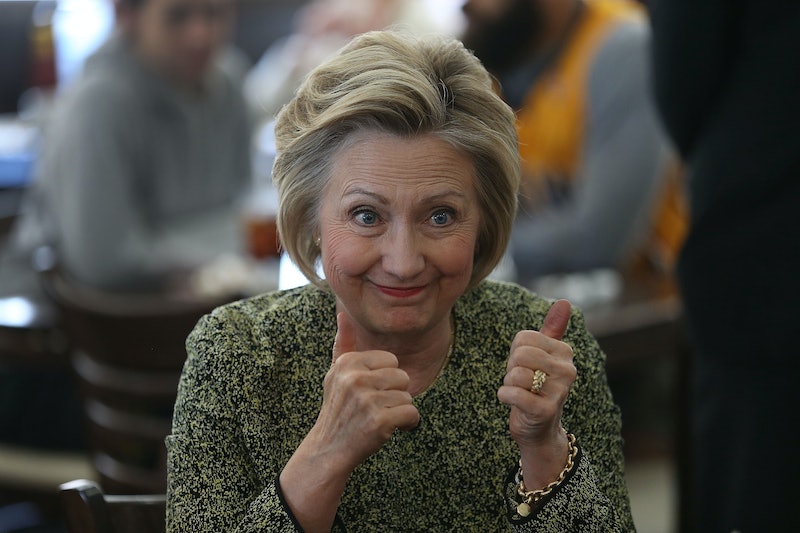 After decisive wins in the primaries on April 26, the two presidential frontrunners, former Secretary of State Hillary Clinton, and Donald Trump, hold massive delegate leads over their opponents. Unsurprisingly, Clinton and Trump have begun acting as if they're the assured nominees, and it seems as if voters agree. A recent CNN/ORC poll shows that the majority of voters believe Clinton and Trump will be the nominees, and no longer think Senator Bernie Sanders, or Senator Ted Cruz (not to mention Governor John Kasich) can win their respective party's nomination. This may seem like undeniably good news for Clinton and Trump, however, it brings up the question, will voters vote if they think the election is already decided?

There are still eleven Democratic primaries to come in May and June, and ten for the Republicans — if voters do not feel like it’s necessary to cast a ballot so late in the race, they could make it difficult for Clinton and Trump to win, or at least make their victories less, well, victorious.

Though Clinton is far closer to winning the number of delegates needed to clinch the Democratic Party's nomination than Trump is to winning the delegates he needs to be nominated, Americans are almost equally confident Clinton and Trump will win the nominations. The CNN/ORC poll, published on May 2, found that 85 percent of voters think Clinton will be on the Democratic ticket in November, and 84 percent believe Trump will be the Republican on the ballot.

The poll also found that as Clinton's candidacy becomes a near certainty, voter enthusiasm over her nomination has increased. 41 percent of voters said they were enthusiastic about Clinton winning the Democratic Party nomination in April, whereas only 34 percent reported such enthusiasm in March. The same cannot be said for Trump: enthusiasm over The Donald's nomination dropped from 40 percent in March to 39 percent in April.

Even if enthusiasm about Trump has not increased recently, the poll certainly brought good news to the two frontrunners — they're both expected to win the nominations. However, if voters don't vote than this might not be the case.

It is especially important for the Republican frontrunner that voters come out in droves — Trump is still relatively far from the 1,237 delegates he needs to win the nomination (as of May 3 he only had 996 delegates), and The Donald may face a contested convention if he does not win the majority of delegates by June 7.

Votes count for Clinton, too — if she want to unite the Democratic Party, Clinton needs to show that she can win big. If voters turn out for Clinton in the primaries, it will help her assure Democrats that she will receive support in November, as well. Clinton needs to prove that she can beat Trump if he is indeed the Republican nominee, and her opponent in the general election.

Voters shouldn't speak too soon, and be blinded by a certainty that Clinton and Trump are the nominees. Every vote counts, and the only way to ensure a candidate is going to win is by voting — believe it or not, there are still a lot of votes left to be cast.