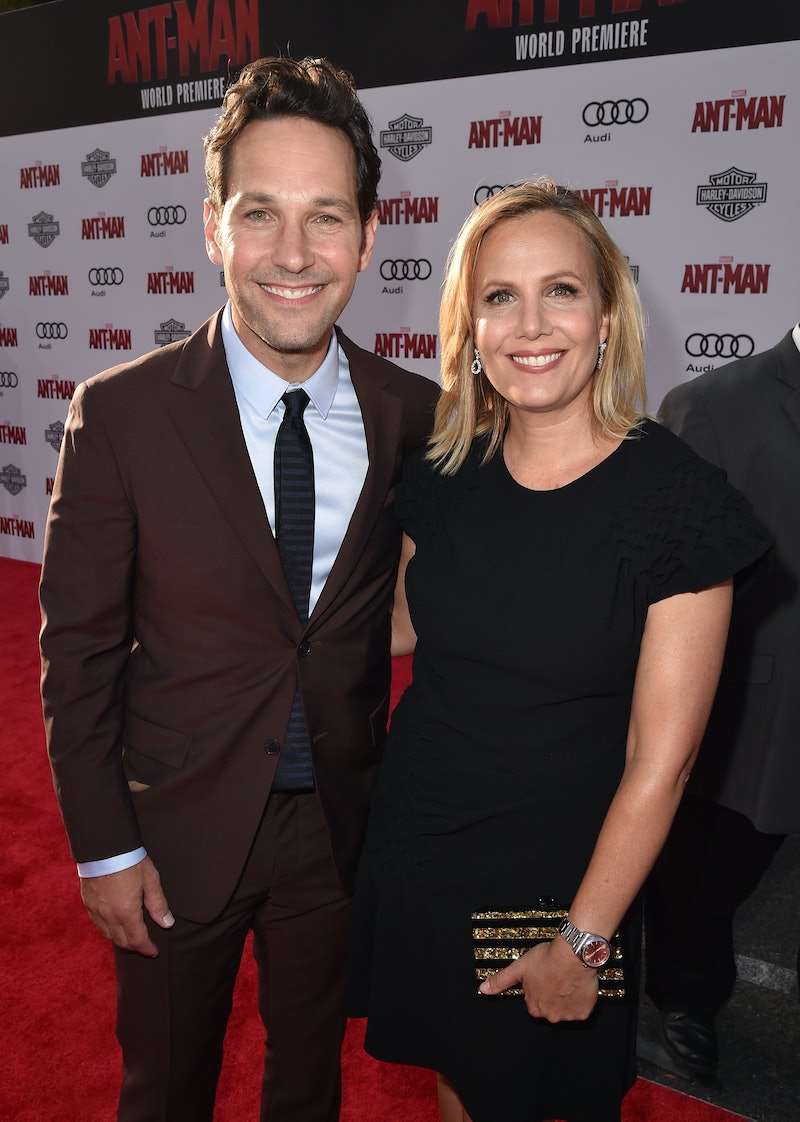 I know I am not a special snowflake when I say that Paul Rudd was one of my ultimate '90s crushes when he was Josh in Clueless. That was Rudd's breakout role in 1995, and he has pretty much been a part of the Hollywood A-List ever since, and I think his dashing good looks, sense of humor, and adorable personality have a lot to do with that. Although I like to think I know a lot about Paul Rudd, I realized that I definitely do not know much about his personal life, in particular when it comes to Rudd's wife Julie Yaeger.

Usually when I follow one of my celebrity crushes, I tend to know a little about their dating lives. Granted, some seem to be a lot more busy than others (ahem, Leo...), but not dating antics from Rudd are ever in the press and for good reason. Rudd has been a happily married man to Yaeger since much earlier on in his career, and they seem to have a very private relationship, which is not usual in Hollywood.

On a quest to satisfy my curiosity about the lucky lady on his arm, here are some facts to know about Julie Yaeger.

They Have Been Married Since 2003

She Worked As A Publicist

An interview Rudd did with Elle in 2011, explains that Yaeger is a former publicist.

They Met While On The Job

Rudd shared with Nylon in 2011 that after the success of Clueless, he moved to New York and was advised to get a publicist. He arrived at the office with his luggage, where his future wife was working. Yaeger helped him with some errands and a few days later he asked her out for lunch, since he didn't know anyone in the city. The rest is history!

They Have Two Children

She Helped Create Some Scenes In Knocked Up & This Is 40

Rudd shared with The Jewish Journal that Judd Apatow asked him and his wife to videotape improv of themselves to help write realistic dialogue for This Is 40. Rudd said,

Actually, there were more specifics in Knocked Up. When Judd was writing that movie, my wife once said, "I’m so sick of looking at your back," because I was just on the computer all day, checking my fantasy football scores.

She Is Often His Red Carpet Date

While you might not have heard of her name, you have definitely seen her as Rudd's date for film premieres throughout his career.

There might not be a ton of info about Yaeger out there, but it's clear she is making her family happy and that's all that matters to me as a fan.

More like this
'Wakanda Forever' Is Already Opening Doors For Mabel Cadena
By Grace Wehniainen
Kumail Nanjiani & Emily V. Gordon’s Relationship Timeline Is Literally A Movie
By Jake Viswanath
Olivia Wilde & Harry Styles Are Reportedly "Taking A Break" After Almost 2 Years
By Jake Viswanath and Radhika Menon
Katherine Ryan Has The Funniest Response For Those Who Doubt Her Husband
By Alice Broster and Darshita Goyal
Get Even More From Bustle — Sign Up For The Newsletter